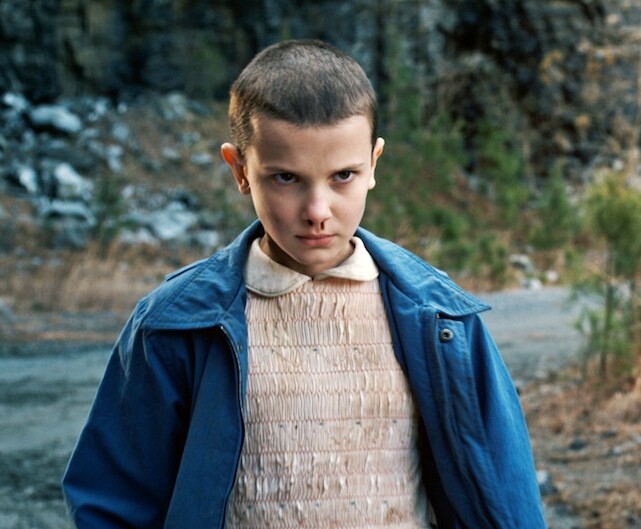 It’s always fun when a show that few people have heard of – one that seems to get insufficient attention from the press in advance of its premiere – becomes a huge hit, generating audience love and building buzz far greater than “bigger” shows that are targeted as likely hits before their debuts. That happened this summer with HBO’s The Night Of and High Maintenance, which slipped in under all of the love being lavished on Westworld, Divorce and Insecure and became two of the most talked about series of 2016 (especially The Night Of). But the best example of this growing new world order, in which the media misses the mark by a mile and then scrambles to play catch up, came with the arrival of the horror/science-fiction/adventure series Stranger Things, which captivated millions of viewers who were turned onto it via word-of-mouth on social media.

Stranger Things was perfect summer escapism – just as much fun as a late-night monster movie on television or a scary double feature at the drive-in.  I’m dating myself there, and the intent is deliberate, because the most gratifying aspect of Stranger Things, which was set in the Eighties, was its surprisingly sweet fondness for movies of that decade that enthralled the young at heart of all ages, including E.T. The Extra-Terrestrial, Goonies, Poltergeist and similar flicks from that genre-driven decade of film.

Winona Ryder, who first became known in the Eighties for her roles in Beetlejuice and Heathers, starred in Stranger Things as the mother of a boy who was mysteriously abducted by supernatural means, leaving her confused, traumatized and, eventually, willing to enter a realm of unknown terrors to rescue her son. But, as in some of the movies mentioned above, it ultimately fell to the boy's young friends and a mysterious psychokinetic girl named Eleven to save the day.

The young actors who played those parts became known as The Stranger Things Kids or The Kids from Stranger Things, turning up on talk shows, in magazines and even on the Emmy Awards, during which they rode around the Microsoft Theater on bikes delivering peanut butter and jelly sandwiches to celebrities who had been starving themselves in advance of the big night. (Millie Bobby Brown, the young actress who plays Eleven, is pictured at top. She is pictured below with -- left to right -- co-stars Caleb McLaughlin, Gaten Matarazzo and Finn Wolfhard.)

Matt and Ross Duffer, a.k.a. the Duffer Brothers, created Stranger Things and likely didn’t intend for it to be an ongoing franchise.  But once it caught fire on Netflix the certainty of a second season was metaphysical. We can only hope that it will be ready in time for summer 2017. With late-night horror movies and drive-in double features a thing of the past, Stranger has clearly become one of our favorite things.

Besides, fans of the series just won’t rest until they get an answer to the year's most burning question, “What about Barb?”