Striking Ad Spend Bonanzas In the Year to Date 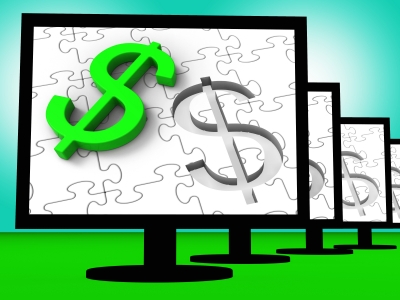 Broadcast networks have certainly felt the pinch over the years from cable networks nibbling away at their advertising revenue. But as the current TV season marches towards a conclusion, it's clear that most of the large broadcast channels are on fire with ad revenue gains, in sharp contrast with many of their cable rivals.

Some broadcast and cable networks devoted to the interests of Hispanics and African Americans are also showing considerable strength, as are newspapers and (in the digital realm) social media, video and radio. That's according to data from Standard Media Index (SMI) that runs through the end of the first quarter.

An analysis of the broadcast year to date (October 2015 through March 2016) shows that five of the top six broadcast networks are all enjoying positive ad-spend growth. On average, the six are up 11% over the 2014-15 broadcast year results.

The only broadcast network in the group that witnessed a decline in the year-to-date analysis is NBC, but its monthly results had moved into positive territory by March 2016 (compared with the same month in '15).

The strongest among the big six are CBS and Fox, which are both up double-digit percentage points. Univision and Telemundo are up high single digits. However, the Hispanic nets closed out the first quarter with a bigger bang. In March their percentage gains were roughly double what they were for the year to date.

The scatter market had much to do with the positive vibes, as advertisers made up for lackluster spending during the Upfront last year. In a Q1 breakout, the broadcast networks drew in 34% more scatter dollars on average than they did during the Q1 2015 period.

The gains come despite sobering news on the ratings front for broadcast networks. According to an analysis of younger demos by Vulture.com, about 85% of the 80 non-sports programs that returned from the previous broadcast year have been hit with viewership declines.

Only eight of the top 20 cable networks achieved revenue gains in SMI's year-to-date numbers.  One of the standouts among them is African American focused BET, whose results for the first quarter were also nearly double what they were over the year-to-date period. Both percentages are double-digit gains.

ESPN, HGTV and the Freeform Network (formerly known as ABC Family) also exhibited double-digit-percentage gains in the cable category for the year to date.

It's noteworthy that Adult Swim -- which, like Freeform, includes young adults in its target demos -- showed improvements as the year has progressed. It posted high single-digit gains for the first quarter. In comparison, its year-to-date percentage is close to flat.

On the flip side, some of the cable network sector's most iconic brands posted sobering ad-spend declines in the year to date.  Among them are TNT, MTV, Comedy Central and History.

Moving on to legacy media, there's reason for some sectors to celebrate in the Q1 period:

Traditional radio's results climbed to 6% in the first quarter. That's certainly good news for a sector that has been challenged in recent years.

Internet radio towered above legacy radio in percentage growth. The sector, which includes services like Pandora and Spotify, grew nearly 50% in the first quarter.

Other digital sectors had strong stories to tell:

The popularity of programmatic buying and selling platforms also was exhibited in the ad network/ad exchange category. It grew 27% in the first quarter.

The large number of revenue gains suggests that a wide swath of media sellers are in strong positions as the Upfront and NewFront season continues.