Stuart Elliott: 1,361 Commercials Later, A Review of the Ads in the Olympics 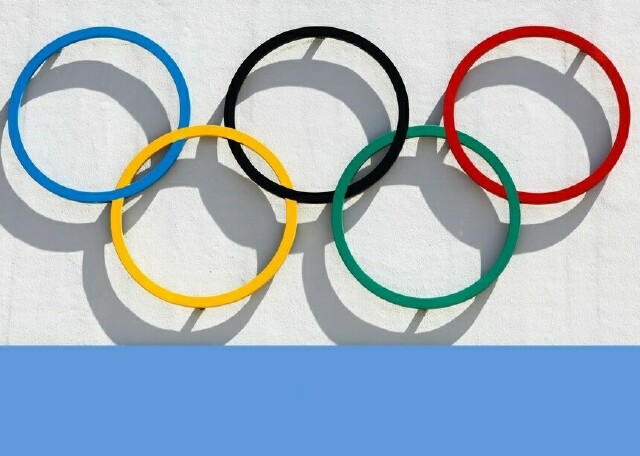 Another Olympics extravaganza has come and gone, and once again viewers were subjected to a deluge -- or should that be de-luge? -- of reruns from advertisers.  That has been my complaint for years, after every iteration of the Games, Winter or Summer:  The same commercials are shown over and over and over again, leaving viewers bleary-eyed and wondering whether Madison Avenue agencies are rationing creativity.  Even spots that are special or imaginative wear out their welcome after being run countless times.  But because I do count, it appears that the problem is getting worse.

After the Winter Olympics in 2010, I complained about seeing a commercial promoting tourism in British Columbia 17 times, commercials for the Nissan Leaf and AT&T 16 times apiece and a commercial for Chicken McNuggets 14 times.

There also were multiple spots that for me had repeats in the teens, including Peloton, 16; Samsung, 15; Hershey's Gold, 13; Hulu, another unlucky 13; a Dunkin' Donuts spot celebrating hockey, 11 times; a Carnival Cruise spot featuring Shaquille O'Neal, 10 times; and a Toyota commercial with ice sculptures, 10 times.

It was as if boomerang throwing had become an Olympic sport: No sooner would a commercial fade away than it seemingly would come back.  When you're watching so many ads -- I saw a total of 1,361 during Olympics coverage, from Feb. 8 through Feb. 25 -- the lack of originality begins to wear away at you.

I understand that it costs a lot of money to buy commercial time during a high-profile event such as the Olympics.  But there ought to be some funds earmarked by frequent advertisers to make sure there's a variety of commercials to keep viewers engaged.  I mean, it's tough enough these days to prevent ads from being zapped, zipped through, blocked or ignored; why make it harder?

Despite my qualms, and kvetching, I'd compare the quality of the commercials during the 23rd Olympic Winter Games to the quality of the ads during Super Bowl LII earlier this month. There was a short list of great ads worthy of kudos; a bunch of run-of-the-mill ads that probably will be forgotten faster than a fourth-place finish in curling, and a handful of dreadful ads that deserve to be called out.

Below you'll find my fanciful medals for some of those ads, listed in alphabetical order.  The greats get gold medals, the mediocre get tin and the biggest losers get lead.

Comcast.  It wasn't so much the content of this commercial -- saluting the U.S. skier Jessie Diggins and her hometown of Afton, Minn. -- that merits citation as its timely editing.  The spot was revised after Diggins won gold in her event and appeared right after her victory.  And then it was revised again, after she carried the American flag in the closing ceremony.  Gold.

Drug ads.  It took until Feb. 12 before I saw my first prescription drug commercial, for Lyrica, and there weren't that many of them compared with say, the typical broadcast network's nightly newscast.  Still, they're jarring during upbeat programming such as the Winter Games, and it would be nice if the sales department could just say no for the Olympics in 2020 or 2022.  Lead.

Ford.  A newcomer to the realm of emotional, anthemic commercials, the Ford Motor Company broke ground with a commercial, "We the People," that offers confident assertions such as "We the people, who are better together than we are alone, are unstoppable."  The vignettes include scenes from a Jewish wedding, including the groom wearing a yarmulke, that probably have the firm's founder, Henry Ford -- a notorious anti-Semite --spinning in his grave. Gold.

Google Pixel 2.  Poor Google. (Now there's a sentence you rarely see.) The brand ran a delightful spot about an 83-year-old Japanese woman, part of a campaign about questioning assumptions, that ends with a glimpse of her part-time gig at Tokyo clubs as DJ Sumirock.  The problem?  E*Trade was running during the Games its hilarious commercial, unveiled during the Super Bowl, about being old and unable to retire, which features a character named DJ Nana. Tin.

"La La" ads. Two commercials reminded me a lot -- maybe too much -- of scenes from the movie La La Land.  One was the Chevy dependability spot I watched 28 times, which invoked "Another Day of Sun," the film's opening number that took place on a freeway.  The other was a "Power of Possible" spot for U.S. Bank about a couple envisioning their new home, which echoed the stairway-to-the-stars number that took place at the Griffith Observatory. Tin.

Microsoft.  The actor and rapper Common appears on stage, delivering a monologue about the possibilities of technology that's meant to be inspirational.  "Today, right now, you have more power at your fingertips than entire generations that came before you," he asserts.  Yes, and look what we're doing with that power: attacking each other, spreading misinformation, wasting time watching cat videos.  "We are living in the future we always dreamed of," Common continues.  Oy!  If this is a dream, wake me up. Lead.

Procter & Gamble.  The outstanding, long-running P&G Olympic campaign, known as "Thank you, Mom," was refreshed with a powerful, moving message against discrimination, "#LoveOverBias," that includes a companion campaign online.  After children are depicted being bullied on the grounds of race, sexual orientation and disability, this message appears on screen: "Imagine if the world could see what a mom sees." Gold.

Sprint.  Paul the Sprint guy meets a new brand character, a young female intern who introduces herself as the "Sprintern."  Get it?  If you don't, they spell it out: "Sprint plus intern."  After the spot ends, you realize that while the guy has a name, the Sprintern doesn't.  It may not be sexist, but it's churlish, especially since a similar brand character for AT&T, had two names (Lily Adams). Lead.

Subway.  The new Subway campaign that I saw so many times, "Make it what you want," deserves points for trying to shake up the brand's staid image.  But its rude, screw-you attitude seems at odds with the reality of walking into a fluorescent-and-plastic Subway chain store.  The song, "No Limits," made me roll my eyes, especially the line "I do what the (silence) I like."  Really? Then go make your own damn sub sandwich. Tin.

Tide.  The clever and hilarious "It's a Tide ad" campaign, introduced during the Super Bowl, returned, along with a new commercial that pretended to be an Olympic-style pitch, for a "Gold Edition" mattress, until the reveal. Gold.

Editor's Note:  Look for the next Stuart Elliott Report after the Academy Awards, as Stuart offers his review of the Oscar ads.