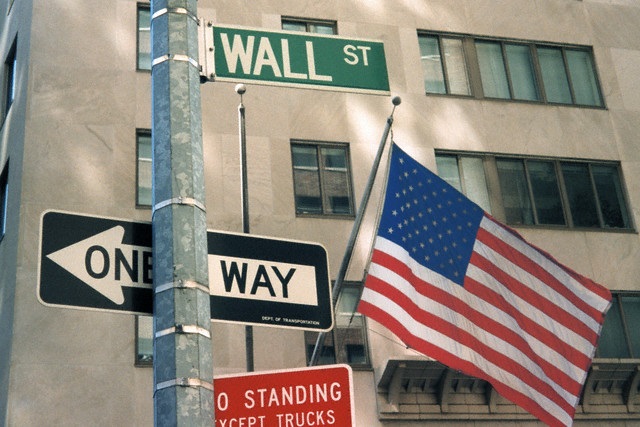 Those with a materialistic frame of mind think of spring not as the start of milder weather but as the beginning of the season for annual reports. That's when publicly traded companies present their best face to the financial community and shareholders, publishing summaries of past performance and promises of future successes.

Given the crucial role that advertising plays in the economy -- some even have called it the life blood of capitalism -- I thought it would be interesting to see how much attention is being paid to advertising and related marketing activities in the latest annual reports, 10-Ks and proxy statements from a variety of consumer-product companies. The short answer, after looking through the materials produced by about a dozen firms: not so much.

That surprised me, but maybe it shouldn't have. The number-crunchers have a larger role in financial reports than the CMOs, and to a lot of folks in green eyeshades advertising is an expense rather than an opportunity as the debate over relegating agencies to the ranks of "vendors" by procurement officers demonstrates.

That's partly reflected in the appearance of advertising in several documents under "risk factors," as in dangers to the health of the company. "We may experience challenges in creating display advertising on mobile devices that does not disrupt the user experience," warns the New York Times Company annual report. "In addition, technologies have been developed, and will likely continue to be developed, that enable consumers to circumvent digital advertising on websites and mobile devices."

The reports I read that are most interested in advertising are from the Coca-Cola Company, which had almost $4 billion in ad expenses last year, up from $3.5 billion in 2014. For instance, readers are told, a highlight of Shareowner Day on April 27 will be the opportunity to "learn more about our new global marketing campaign, 'Taste the feeling.'"

The slogan is emblazoned on the cover of the proxy statement and, inside, one of seven questions in a Q&A with the company's Chairman and Chief Executive Officer, Muhtar Kent, is devoted to the campaign and the new "one brand" strategy for the flagship Coke family. "The campaign brings to life the idea that drinking a Coca-Cola -- any Coca-Cola -- is a simple pleasure that makes everyday moments more special," writes Kent (or the corporate PR folks).

Further into the proxy, Kent's oversight of the development of the strategy and the campaign is listed among his "2015 performance highlights," as is his progress on productivity initiatives that are "allowing the company to reinvest savings back in our brands and business."

By contrast, PepsiCo, the maker of the Coke rival Pepsi-Cola, mentions its Madison Avenue pursuits less frequently. The annual report touches on the results of "stepped up investments in advertising and marketing" and gives a nod to "widespread recognition for innovative content creation that puts our brands at the center of popular culture," such as a deal with the Fox series "Empire."

There's also a sentence about a "food and beverage partnership with the UEFA Champions League" in Europe and a graphic devoted to a "global summer campaign" for Lay's.

Colgate-Palmolive is close behind Coca-Cola in tipping its corporate cap to its ad efforts. On the first page of the annual report, Ian Cook, Chairman, President and Chief Executive Officer, cites the results of "an integrated marketing campaign" in India that forges "an emotional connection with parents." He also writes how his company is "increasingly using digital media to communicate our brand messages," with digital accounting for 20% of its ad investment last year compared with 6.5% in 2010.

"We are proud that Colgate's leading brands are winning with consumers worldwide," he adds. Cook describes the company's in-store and point-of-purchase promotions, too, such as displays, and photos of them illustrate the report.

Another company taking time for its ad initiatives is Chipotle Mexican Grill -- most likely because, as the firm's leaders concede, "2015 was the most challenging year in Chipotle's history." For 2016, "our marketing will have a greater emphasis than usual on programs that are specifically designed to drive traffic into our restaurants," the 10-K says, such as "a large number of promotional offers for free or discounted food," along with a "focus on supply chain transparency," a reference to the food-safety problems that bedeviled the company.

Like Colgate-Palmolive, Chipotle talks about how it has "increased our use of digital, mobile and social media in our overall marketing mix." Like PepsiCo, there's a sentence about "new avenues of branded content." Unlike either, Chipotle says it intends to "increase marketing and promotional spending considerably during the first half of 2016," to help recover from the food-safety debacle.

AT&T is the only other company to join Coca-Cola in devoting a cover to an ad slogan, emblazoning "Mobilizing your world" on the annual report. That was about it for advertising until a line in a table marked "additional financial information" detailing ad expenses of $3.6 billion last year, up from $3.3 billion in 2014. There's isn't even a photo from a commercial featuring Lily the AT&T store employee.

Likewise, in the materials for Kellogg, don't look for images of the company's famous ad spokes-critters like Tony the Tiger, for there aren't any. Among the minimal discussion of marketing is a sentence on page 25 of the annual report which attributes the "good growth" for Raisin Bran to "great advertising and the introduction of Raisin Bran with Cranberries." Seven paragraphs later, reporting on U.S. snacks, the company says it will give cookie brands "new support in 2016, including the relaunch of advertising featuring the Keebler Elves."

There also are passing references to Kellogg campaigns to promote eating breakfast among American consumers and Special K cereal in Europe.

Hershey is another company that addresses advertising sparingly, as if it were scattering Reese's Pieces in an attempt to lure E.T. out of the woods. In 2016 and beyond, writes John P. Bilbrey, Chairman, President and Chief Executive Officer, Hershey will be "executing stronger consumer marketing that is more targeted and engaging." There's also a reference to a new Chief Marketing Officer and a mention of plans for "a greater shift to digital and mobile communications."

Like Coca-Cola, Hershey recently switched to a "one brand" strategy for its flagship products, but unlike the soft-drink marketer, Hershey made no mention of that in its materials.

In describing how each of its restaurant chains is faring, Yum Brands includes some marketing highlights. The most effusive are for Taco Bell, which had, the annual report boasts, "a fantastic 2015," and is "the industry gold standard for social engagement, product development, brand positioning and advertising."

"The brand's Live Mas positioning is an example of how strong brand identity can drive success across the spectrum," the report says. There are sentences about the launch of a new $5 value menu for Pizza Hut and the rollout around the world of the "Always original" brand positioning for KFC.

In wading through all the fine print, there were some lighter moments. The Walt Disney Company's 10-K refers to commercials as "commercial announcements." Yum's annual report is titled "Feed the World," as if the company were a cornucopia yielding vital agricultural foodstuffs rather than a purveyor of fast food.

And Hershey's materials are, in a manner of speaking, sealed with a Kiss: a stylized rendering of one decorates the cover.