By Peter Hubbell August 02, 2019 The Age of Aging Archives 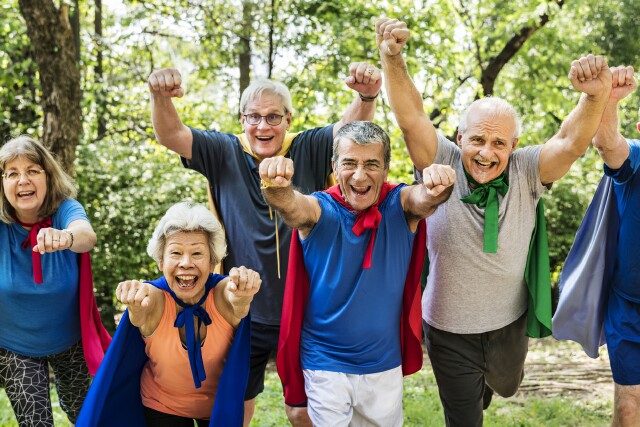 Successful aging?  While this may seem like a contradictory figure of speech, it’s actually a well-documented gerontological concept first advanced by John Rowe and Robert Kahn back in the ‘80s.  The key tenet of their work was that later-life outcomes could actually be controlled by personal behavior.  Perhaps they had a hunch that the largest generation in the history of our country was going to find a way to make positive aging their new reality.

Ask Boomers what the best years of their lives were and they will tell you that they’re right here, right now.  What’s more, many have convinced themselves that they’re getting betterwith age and that life’s best years are still ahead.  There are two dynamics at play here. The first is what I call the irrational psychology of aging that has people replacing the negative aspects of aging (decline, morbidity and mortality) with a positive scenario that’s more consistent with their desired view for the future.  The second is the manifestation of the theories that Rowe and Kahn posited approximately four decades ago.  If we can understand how the convergence of these dynamics is influencing aging, we will be in a better position to successfully market to people who are successfully aging.

Let’s start with Rowe and Kahn’s innovative theory on aging.  At the time, most gerontological thought centered on the role of intrinsic factors (e.g. genetics) in determining how a person would age and how long he or she would live.  Rowe and Kahn challenged these long-held beliefs by exploring the role of extrinsic factors like personal behavior.  They concluded that personal behavior could not only control aging but that it was paramount to genetics.

Here are the specifics, described in the context of a pretty large sample of aging Baby Boomers who have a vested interest in controlling aging for positive outcomes.  For Rowe and Kahn, successful aging consists of three critical components:

Being free of disability and disease. Previous theory held that disease and its associated disabilities were genetically pre-determined and were therefore inevitable consequences of aging.  Rowe and Kahn posited that personal lifestyle choices could actually reduce the risk of disease and help people stay healthy longer.  Since they published their findings, improvements in medical science, nutrition and physical fitness have increased average life expectancy to 80, an increase of 10 years.  Then there’s heart disease, long the leading cause of death, which has seen a drop of 20% in the last four decades as people are becoming better educated about the causes and are taking better care of themselves.  If physical well-being is the foundation of successful aging, that foundation has never been stronger as the Baby Boomers look toward a long future with optimistic expectations.

Having high cognitive and physical abilities.  A second essential component of successful aging is the optimization of one’s functional capability i.e. the ability to do the things they need to or want to.  Functioning positively at age requires sound cognitive skills and physical competency.  While cognition is compromised with age, the Boomers’ commitment to continued learning and their decision to stay employed longer are challenging their brains in ways we’ve never seen before at this age stage.  Physically, think also about the diverse array of exercise alternatives that are available today versus what Rowe and Kahn experienced in the ‘80s.  Pilates, Barre and Zumba -- now the rage with people of age -- were non-existent in Rowe and Kahn’s era, a time when golfing during retirement was the top physical aspiration for people of age.  Look at us now with our smarter brains and stronger bodies aging our way to success.

Interacting with others in meaningful ways. It’s widely accepted that isolation and a lack of connectedness can be unhealthy for all people but particularly those of age.  Active engagement with the world around you is clearly controllable, and if that includes interpersonal relationships and activities that are productive, i.e. they have some value that’s rewarding, then the likelihood of aging successfully is even higher.  Again, if we think about the alternatives that are available to today’s people of age that weren’t even imaginable four decades ago, social media comes immediately to mind.  Consider the power of these platforms in helping people of age to interact with vast networks of friends or to contribute in meaningful ways by being part of on-line based causes and organizations.  People of age are avoiding isolation and engaging with life at levels comparable to their younger years.  And best of all, if you’re still doing the things you’ve always done, then you must be ageless.

Look how far we’ve come in four decades.  Successful aging, terminology that once sounded oxymoronic, has become the new reality for people of age.  Bravo.  While it’s not clear what the next forty years might bring, it is clear we need a new standard to aspire to that feels as audacious as successful aging did all those years ago.  So here goes nothing.  I’m going to suggest that people of age embrace a new goal that I will call “Ageless Aging.”  With continued advances in medical science and personal attentiveness to well-being, age will cease to be measured numerically and will be measured spiritually instead.  It’s worth considering, and hey, it’s even another oxymoron.  Let’s touch base in four decades to see how well we’ve done.

Photo at top provided by BoomAgers.