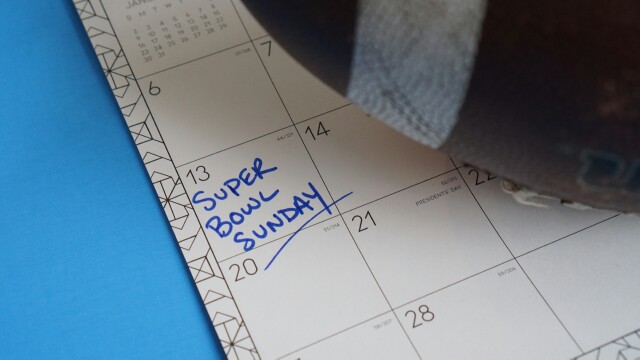 NBC isn't getting $6.5MM for Super Bowl ads simply because of the large audience. It's long been established that people pay attention to these ads more than any others. They are expecting to be entertained. They will discuss the ads with friends and see post game segments on morning shows. In the past ten years or so, the degree to which people pay attention has risen even higher. The added value for the advertiser is that people engage with Super Bowl ads as they do with movie releases (many even have trailers) and each tidbit and the final products are shared via social media. Online engagement is a proxy for endorsement. Is there anything better for the brand or the agency? Well, maybe WonkaVision -- where Willie Wonka showed us you can just reach into a screen and pull out the chocolate.

As the digital landscape evolves, so do the strategies. We've learned that the female audience is often more focused on the ads than the game itself and is more likely to engage with social media during the game. Taylor and Saatchi followed up the Super Bowl LII Tide campaign with Super Bowl LIII and first time Super Bowl advertiser Olay, featuring Sarah Michelle Geller of Buffy the Vampire Slayer fame. This time, acting on the fact that nearly half (47%) of Super Bowl viewers are women, the ad was not unveiled during the game but on Good Morning America a few days prior. Other changes included a luxury suite in Mercedes-Benz Stadium which served as the social media war room for Geller and that year's group of influencers (e.g., Ally Raisman, Hunter McGradym, Kay Adams). Using #Killerskin, agency Merkle measured brand activity across social media, digital media, SEO and paid search -- and Olay's ad ranked in the top ten for all four categories. With Super Bowl LV played in front of a COVID-restricted crowd -- and people, press and influencers stuck at home -- P&G's Super Bowl ad for Gillette and Old Spice included a TikTok challenge to drive engagement.

Marketing Charts annually recognizes Super Bowl Ad excellence in various ways including most viewed ad online, most effective ad (using an EQ score measuring "the intensity of emotions viewers felt while watching, brand favorability, authenticity and purchase intent") digital share of voice, offline metrics lift and of course the USA Today Ad Meter. The SB LII Tide campaign in 2018 led all other brands with 164K social media mentions during the game, outpacing the second-place finisher by 42%. The following year (2019) Olay, using the Taylor recipe, came out ahead but declined to 88K mentions. In 2021, despite the introduction of new platforms and increased use of social media, Super Bowl LV's winner was not Gillette and Old Spice but a State Farm ad that only generated 49K mentions during the game.

Are consumers tiring? Maybe P&G needs to move on from social media mentions and should be looking at other metrics? Ultimately, what matters is driving results for the brand. For SuperBowl LII, Tide's week-over-week sales increased 35%. Can you measure how people are moved in the long run?

What's up for NBC's telecast of Super Bowl LVI? Sam's Club has already released trailers of the ad featuring Kevin Hart. While again not advertising in the game, Pepsi is hyping its halftime show (with Dr. Dre, Snoop Dogg, Mary J. Blige and others) directing consumers to download an app to access more content around it. #PepsiHalftime)

In the next week, with open ear and eyes, we will be influenced as consumers and take notes as marketing professionals.