By Peter Hubbell February 05, 2021 The Age of Aging Archives 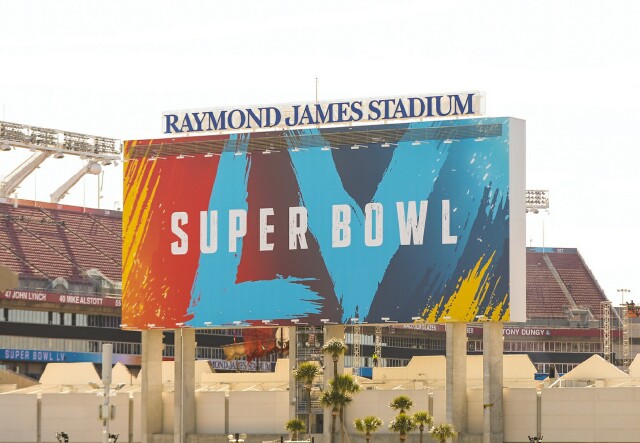 There's little disagreement that the Super Bowl is one of the most anticipated events of the year, especially when it's pandemic season and Super-Duper Sunday is featuring two of the biggest names to ever play the game: Brady vs. Mahomes. As millions tune in to see how this contest plays out, experts on marketing to age already know who the winner will be. The presence of 43-year-old Tom Brady in yet another Super Bowl -- earned by a series of age-defying performances -- is a major victory for people of age.

We live in the Age of Aging, and while more people are living longer, better and more productive lives than ever before, our culture still has a bias to think of aging as an undesirable phase of life. Irrespective of whether Brady wins or loses, he will put major points on the board for aging. He is the high-profile celebrity that ageism has been waiting for to kick off a new and more appropriate regard for the best years of life.

When you look at the numbers, it's pretty clear that Brady is the GOAT. Putting aside his epic regular season records, his playoff and Super Bowl records are awe-inspiring. His thirty-three playoff victories are more than double that of the nearest QB -- the legendary Joe Montana -- and he has appeared in more Super Bowls and won more than any other quarterback at ten and six respectively. At age 43 he is the oldest QB to reach the big game, breaking his own previous records when he appeared at age 40 and 41 with the Patriots.

While there's been a lot to admire about Tom Brady for many years, this year is different. After being driven out of town and banished to Buccaneerdom, many were suggesting that the GOAT had been put out to pasture. In that sense, he was being treated like most aging folks who may have been at their best in their prime years but eventually went "over the hill" to decline on the other side. But despite a pandemic-plagued season and improbable odds, Brady proved the critics wrong while proving something else: That all of us can be ageless if we disregard bias and define age as a spirit instead of a number.

Here's some insight on why aging will win regardless of what the scoreboard reads:

Old isn't what it used to be as we're adding thirty years to life expectancy every century. The implications are staggering, e.g. a baby born today in the U.S. will live to be 100 years old on average. For those that think today's 60-year-old is ready for the nursing home, think again. People are not only living longer lives, but the factors that are driving longevity (improved nutrition, health and hygiene) are also improving their quality of life. To bring this back to football, if you adjust Tom Brady's age for longevity-inflation, he would be younger today than Johnny Unitas was when he won Super Bowl V fifty years ago. Take nothing away from Brady's remarkable accomplishments, but it's time for all of us to recalibrate the yardage of aging. Today's older people are doing -- and will continue to do -- age-defying things, not just because they're capable but because today's 50-year-old is not the same as their numerical twin of 50 years ago.

When you play the game longer than others, you experience more and you learn more, i.e you accumulate the advantage of wisdom.  Over the course of his 19 seasons as a primary starter, Brady has been in just about every situation that's possible, more times than once. When he steps up to the center and surveys the pass coverage, he's doing it with the wizened mind and eye of a grand master. While Mahomes' athleticism and play-making creativity is breathtaking to behold, by virtue of his young age, he simply hasn't had the exposure to the range of circumstances and outcomes that have so profoundly educated Tom Brady. (Note: Mahomes was only six years old when Brady won his first Super Bowl.) Ageism in our culture has us believing that older people are less intelligent than younger people because it doesn't respect the power of wisdom. Let Tom Brady prove them all wrong as the new icon of aging, one who competes because he's talented, but wins because he's "older and wiser."

With this year's big game being played at Raymond James Stadium, the Buccaneers will make history as the first team to play the Super Bowl at home. Home field advantage matters, and even with limitations on fan attendance, the Brady bunch will surely benefit from competing on familiar turf. Our country has long had a dream of eradicating ageism, but it's never had its metaphorical 12th Man to favorably sway the outcome. With a highly respected 43-year-old QB appearing in television's most watched program, people of age will surely gain some new respect, which is a start. But to perpetuate that momentum, something else needs to happen: The young audience needs to decide that it's time to make a difference and to stand up and speak out against the lingering injustice of ageism. If and when people of a young age start to care about how they will be treated as they themselves age, the movement may just take on its 12th Man and, with it, a much better chance of making a super difference.

If this game lives up to the hype, we're in for one of the greatest contests in the history of the Super Bowl. Like any great thriller, the game script even has a plot within the plot. It's not just the Buccaneers versus the Chiefs, it's Brady vs. Mahomes. While the media always loves to pit one combatant against another to create conflict and drama, this year is different. Brady vs. Mahomes isn't just a QB vs. QB play, it's also the best oldQB vs. the best young QB. Sure, it would be great to see the Chiefs prevail so Mahomes can assert himself as Brady's heir apparent to the NFL's GOAT. But at the same time, how incredible would it be if the Buccaneers triumphed courtesy of yet another ageless performance by the grand master?

Even though this expert already has already predicted Sunday's outcome, I'll still be glued to the game because this is sure to be a win for the ages.