Target Triumphs at the Grammy Awards 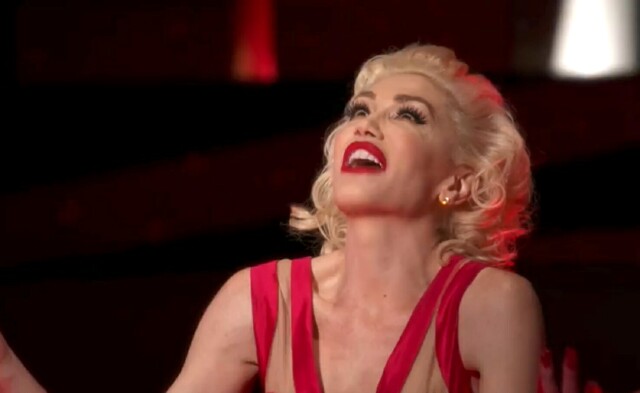 With apologies to Justin Bieber, The Weeknd, Adele, Carrie Underwood, Sam Hunt, Little Big Town, Stevie Wonder, Pentatonix, Kendrick Lamar, Lady Gaga, Chris Stapleton, the cast of “Hamilton” and so many others, for me the performance of the night during CBS’ telecast of the 58th annual Grammy Awards was Gwen Stefani’s instantly intoxicating “Make Me Like You,” a song as catchy as any by Taylor Swift. It stood out from the rest of the Grammy music because it powered a live, four-minute video that was a commercial for both Stefani’s upcoming album “This is What the Truth Feels Like” and for Target stores, which will carry a special edition of the album.

You can keep all of those over-hyped yet oddly common Super Bowl spots. This was advertising on a remarkable scale, custom-made for the environment in which it debuted and for those consumers who would see it first, not to mention extended life on social media, where it continues to gain power (see @Target and #MoreMusic). Of course, the big buzz is happening in part because of that spill taken by Stefani’s body double and another dancer in the roller disco segment that came late in the production – an amazing set piece all on its own.

That’s the thing about live presentations – even the goofs generate lasting buzz. The body double drop has people taking second and third looks at the video, increasing awareness of Stefani’s song and album. (Not all live-TV errors are welcome. The production team that ran the Grammy Awards is receiving more negative buzz today for Adele’s mic troubles than for pulling off so many other brilliant segments.)

I don’t have any inside information about the timing of all this, but the video seemed to be very much influenced by the recent telecast of “Grease Live!” I’m sure it was conceived long before Fox struck live-television gold. Regardless, the sheer scope of these two productions and their live presentations – and the success of both – paves the way for new approaches to programming and advertising on television and proves that genuine creativity and originality can still cut through the media clutter with which programmers and advertisers are increasingly obsessed.

As we saw during the Grammys, clutter should not be an excuse. It should be a stimulant – one that motivates innovation and risk-taking. That was certainly obvious with both “Grease Live!” and “Make Me Like You,” two of the most exciting telecasts of 2016 to date.