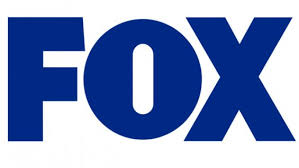 Beverly Hills, CA -- In what was by all counts the liveliest executive session at the Summer 2013 Television Critics Association tour, a very passionate Fox Entertainment chairman Kevin Reilly began his time on stage by speaking at great length about changes in the television business and in the viewing habits of consumers, problems with current audience measurement and the need for reporters who 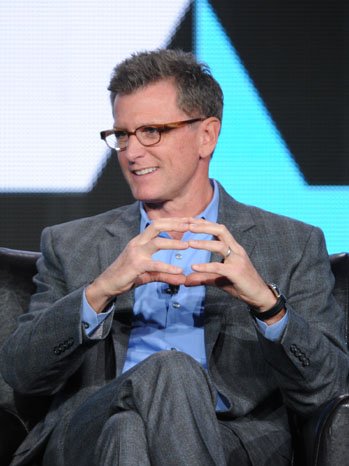 cover television to begin writing about how episodes of broadcast shows perform not only on the night of their network premieres but on different viewing platforms in the days, weeks and months that follow.

The one thing Reilly didn't say much about, whether by default or design, was the most serious issue Fox faces heading into the 2013-14 season: The problematic state of the network's mammoth talent competition series "American Idol," which will face significant challenges in the season ahead.

The only real news of the session was Reilly's revelation mid-way through that Keith Urban would be returning as an "Idol" judge next season – which felt almost like an oh-by-the-way after-thought. (It was actually included in an answer to one reporter's question about "Idol.")

That was about it for "Idol" information. "I can't talk too much about it because we have to continue our yearly tradition of me not being able to say anything about the show," Reilly laughed, referring to the many changes and well-documented tumult that have engulfed it in recent years. He did say that despite rumors, there is currently no deal in place for Jennifer Lopez to return to the show.

The aging "American Idol" is still critically important to Fox, given that the closest thing the network has had to a new hit during the last two seasons is "New Girl." Before yesterday, one might have been tempted to refer to "New Girl" as a "modest" success, but Reilly made clear that he'll have none of that during his lengthy opening remarks, which some critics called a "filibuster." He spoke out against the ease with which the press embraces certain shows on cable and elsewhere regardless of their actual performance while holding broadcast shows to the fire.

"I don't have any chip on my shoulder," Reilly insisted. "I think it's all fair competition. I watch and love a lot of those [cable] shows. I don't think we're a bastard stepchild or some sort of broken system. But I do have one frustration: A lot of times I see network successes with an asterisk next to them, as if they are modest successes."

He used as an example Fox's "The Mindy Project." With a 2.2 rating, "Mindy" "happened to be the highest rated new comedy of the season last year, by virtue of the fact that most of the competitors canceled all their new comedies," Reilly said.

"I was very happy to continue with the show," he continued. "However, there was sometimes a muted response to it, as though it was kind of a middling performer. There was a little asterisk next to it like, 'Well, this thing kind of squeaked its way through.' What is frustrating, though, is if you put [ratings for "Mindy"] against a number of the top cable hits … many of those shows would have the word 'hit' attached to them without any asterisk, without any notation of any relative audience or performance.

"Believe me, I would watch 'Louie' on a loop … but you have to combine [the numbers for] 'Louie' and 'Girls' together to get even close to the 'Mindy' rating. I think we have to be a little bit more diligent about keeping that in context. I mean, I like 'Portlandia,' but you'd have to play a 'Portlandia' 12 times to equal the rating of 'New Girl.'" 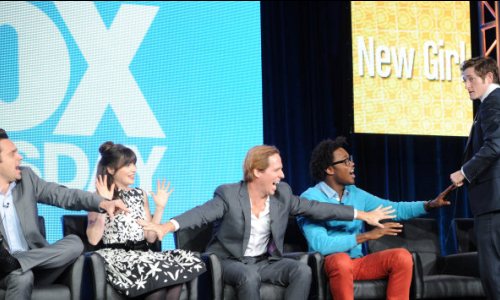 It's all about accurate and contextual audience measurement, Reilly asserted. "As analysts of TV, we've really got to do a better job of getting our hands around this. We are inundated with measurement every day, and yet we haven't been able to roll it up and synthesize it, certainly not in a way that we can provide it to you [the press] on a regular basis. We're going to change that right now. Our guys have recently built an [internal] dashboard that allows us to take the total viewing audience on any platform and give us a snapshot, on an ongoing basis, of just where that audience is and what they're watching. And I think it's very, very important that we provide that [information] to you and that you guys take time to periodically pull back and report beyond the live same day rating."

Part of Reilly's plea was for reporters to pay more attention to Live +3 and Live +7 ratings. Traditional time period ratings are just "a fraction of the story," he said. "When you then go and layer in the Live +7 [numbers] we are seeing dramatic lifts [in the performances of our shows]. Look at 'The Following,' for example. Our competitors … looked at the 2.6 rating when 'The Following' premiered and said, 'It's doing okay. That's a solid number.'" But its performance increased 65 percent with its Live +7 number and made it the No. 1 network drama and the No. 1 new show of the season, he noted.

"'New Girl,' with 6.6 million viewers on average in live plus same day, rolls up to 9.46 on multiple platforms," Reilly revealed. "That means 33 percent of the viewing of 'New Girl' happens outside traditional television. It's eight percent on VOD and 25 percent on Hulu and fox.com. It's even more dramatic with a show like 'Family Guy.' Thirty-seven percent of the audience is watching outside our traditional network platform."

Reilly started to lose the room when he began talking about a 30-day window and beyond, primarily for VOD and streaming. "We're beginning to see an increasing amount of activity outside that 30 day window. If you roll up all of the views for the season on some of our top shows, you see some unbelievable numbers: 'New Girl,' 185 million views; 'The Following,' 283 million views; 'American Idol,' 560 million views. Sometimes I read stories where they say nobody is watching network television anymore. Well, that's a lot of nobodies."

As for traditional audience measurement, "we think that's an antiquated and arbitrary policy that we're going to be pushing back on," Reilly said. "We're doing some smart things to try to counter that, like dynamic ad insertion, that we'll begin rolling out in our shows this year, where we can monetize the rest of that window.

"I want to talk a little bit about context in the competitive landscape," Reilly continued, barely coming up for air. "There were 1,050 original shows on basic cable last season. Of those 1,050 basic cable shows only four would have made it into the Top 50 shows on television. Now, last season also marked the first time we saw a basic cable show become the No. 1 show on television, and deservedly so. 'The Walking Dead' was the No. 1 show on television, so that system is capable of producing that kind of performance."

"Look, we're going to have to report those first blush ratings. They're not irrelevant. I'm up at 5:30 in the morning living and dying by [them] myself. I made a joke about Netflix, but that is my definition of heaven; that I get to make television and not have to ever look at or talk about ratings anymore. But that's not the business we're in. We look at those live same day ratings, and I either sit there going, 'Oh, my God, it's going to be a long day,' or I run into work with a skip in my step."

Reilly's remarks about Netflix, he admitted, "probably come out of jealousy, because good for them, they get to live in that world. Look, they put on some great shows. I'm not taking anything away from it. But I do think that the other part of their business is an important part of our business. They're going to have competitors in the marketplace now. They're not going to enjoy a monopoly for long"