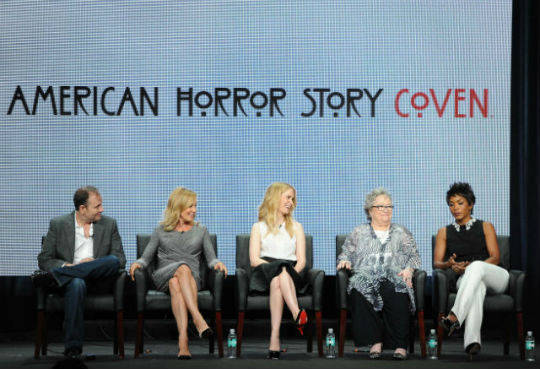 Beverly Hills, CA – The broadcast and cable portions of the Summer 2013 Television Critics Association tour have come to a close, leaving behind memories of a dizzying number of panels and other activities designed to promote dozens of series and specials. As always, some networks fared better than others, though in fairness to the publicity and marketing staffs that pull off the Herculean task of pulling together this uniquely action-packed conference it really is the quality of the programs previewed during the tour that determines the overall impact of their presentations.

In terms of giving each new show its time to shine it really doesn't help matters that each of the Big Four networks now sees fit to cram all panels for its fragile freshmen series into a single day, especially during the summer tour when there is so much new programming to promote. Corporate synergy has dictated that they turn over what had been their second days to presentations by sibling networks, most of them in the basic cable arena. For example, Fox hands over its second day to FX Networks and CBS on its second day puts its spotlight on The CW and Showtime.

This year NBC and ABC opted to not do anything with their second days leaving a host of popular cable networks unrepresented at this tour. Fortunately, Reelz Channel and FX Networks stepped up to fill the empty NBC day (back on July 28), while Fox yesterday offered a visit to the "So You Think You Can

Dance" studio and PBS filled up the afternoon, expanding its tour time from two days to two-and-a-half to compensate for ABC's bail. (PBS will continue today and tomorrow.)

Reelz offered what turned out to be one of the most memorable panels of the entire tour for its upcoming special "JFK: The Smoking Gun," about the assassination 50 years ago this November of President John F. Kennedy. During the panel Colin McLaren, author of the upcoming book on which the special is based, with the help of a pole and the cooperation of other panelists stunningly demonstrated why he believes that one of the bullets fired from the gun of Lee Harvey Oswald passed through Kennedy's neck, likely killing him, while the bullet that entered the President's head and blew out the right side of his face (as seen in the iconic Zapruder film) was accidentally fired from the gun of a Secret Service agent named George Hickey who had been riding in the car behind Kennedy's. This 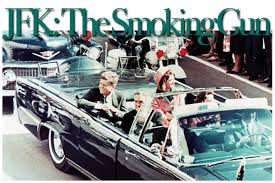 information about Hickey was not new; these findings were explained in deep detail in the 1992 book "Mortal Error: The Shot That Killed JFK" by Bonar Menninger, who was also on the panel. But it was totally unknown to most TCA members, at least until they began Googling like fiends during the session. (Hickey filed a lawsuit three years after the book was published, but it was later dismissed due to statute of limitations issues, said Menninger. Hickey passed away in 2011.)

FX Networks, which is comprised of FX, FX Movie Channel and the soon-to-launch FXX, once again stepped way out in front of all other cable network groups in its robust participation at TCA. It programmed an entire day of panels during Fox's second day, plus a breakfast and lunch, which might not sound like much, but meals mean the world to TCA members who are on strict travel budgets that don't necessarily allow for food. (Yes, that is happening in the current media economy.) As if that wasn't enough, FX put together a panel of show-runners from most of its series (plus another lunch) on the empty NBC day following the Reelz presentation.

Panels and parties and presentations aside, there is great wisdom to FX's approach to TCA. It maximizes its time at each tour by bringing in the casts not only of it new series but of returning shows, as well. TCA members get to talk to all of FX's talent at least once every year or two, which keeps shows and talent top of mind as critics and reporters cover the burgeoning world of televised content. Most networks occasionally offer panels at TCA featuring stars and show-runners from ongoing series, but they do so sparingly, and never with the frequency of FX.

It doesn't hurt that FX always has talent that makes news, whether it's "Sons of Anarchy" creator Kurt Sutter and his cast condemning the Emmy Awards as they did two years ago or "American Horror Story: Coven" star Kathy Bates ripping NBC a new one last Friday over its treatment of her previous broadcast effort "Harry's Law," which drew the largest audience of any scripted series on the network but was cancelled because those viewers were dismissed as too old.

"I think they treated us like shit," Bates declared, as more than 200 critics, many of whom had no use for "Harry's Law," began madly tweeting and blogging her every word. "They kicked us to the curb. I think they disrespected us. I think they disrespected our 7 to 11 million viewers every week. And I think they're getting what they deserve. Thank you." Bates arguably called more attention to her upcoming series than did any star to his or her new show here during the last two weeks.