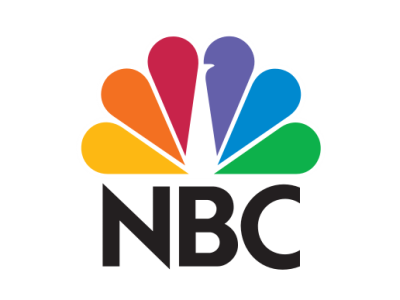 "Flat is the new up," NBC Entertainment chairman Robert Greenblatt told critics and reporters over the weekend at the Summer 2013 Television Critics Association tour. He was referring to his network's 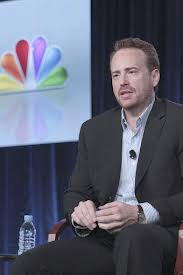 ratings in the all-important 18-49 demographic year to date, including the two months since the end of the traditional television season in May. "Season to date we're the only broadcast network flat from the previous season," he declared. The other broadcasters, according to NBC, are all down.

To be more specific, as Greenblatt went on to review, after dominating the fourth quarter of 2012 to a degree nobody expected, only to dramatically decline in the first quarter of this year, NBC rebounded in the second. "And at this point in the summer, we're leading all of the broadcast networks, if you exclude ABC's NBA Finals boost," he noted.

It seems that summer is finally as important to the broadcasters as the rest of the year. "What's the traditional season anymore?" Greenblatt asked. "It's an arbitrary number from September to May that was created by advertisers. I don't know how we ever got into [that]. What's the traditional season in cable? Summer is the great season in cable. We try to look at the whole year ... and when we add in the summer, which is an important time period for us, that's the result.

"We do know that network television declines consistently 4 to 7 percent every year. It just is a fact. It isn't something that we're happy about or proud of. But I think in that environment, which we know is very complicated these days, I think holding your position is a good thing. When you consider all programs, we won 16 weeks of this past season compared to only 5 weeks of the previous season. We improved 28 out of 43 weeks compared to the previous season, which is more than double the number of weeks that CBS improved season to season and more than triple that ABC did, and more than four times the improvement of Fox from year to year. Even when you take out sports -- and we're very happy to have all these great live sporting events -- but even when you factor sports out of it for all the networks, we improved 30 of 43 weeks of the year so far. [That's] season to date, including the summer." 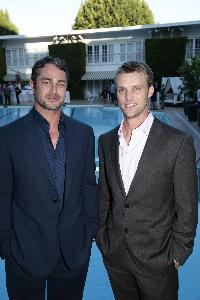 Greenblatt also had good things to say about time-shifting. "It's interesting to see the sort of growth of some of our shows when you look at the L+7 ratings. We have eight series that grow by 50 percent or more in 18-49: 'Hannibal,' 'Grimm,' 'Revolution,' 'Parenthood,' 'Chicago Fire' and a few others that are no longer on the schedule. The 82 percent boost for 'Hannibal' out of the time period is really significant."

Mindful of the fact that most of NBC's ratings growth has come from live programs and big events, Greenblatt asserted that his network needs to produce more of them to counter the annual losses broadcast suffers to cable and other viewing and entertainment options. "We need to be in the event business," he asserted. "I think you're going to hear that from every broadcast network. We look at events in many different ways. Obviously there are a lot of live events, and live is really important these days when you're trying to fight the DVR and build the biggest audience you can for the premiere of a show. We have a whole bunch of live events from football [to] the Olympics, but also 'The Voice' and 'America's Got Talent.' We're doing a big live game show in September for two weeks called 'Million Second Quiz.' We're doing a big holiday family event, a live broadcast of 'The Sound of Music' in early December. We have 'Saturday Night Live.' We have the daily late night shows, which are not technically live, but those shows are obviously taped the same day, so they feel immediate and they feel of the moment. We have a slew of specials coming this year, several of which we will announce over the next few weeks, again to that point of just having more and more events.

"The other way to do events is something that we're moving into very aggressively, which is the miniseries and the limited series," Greenblatt continued. "It's a trend you're going to see at all the networks as you've been hearing us announce various development deals over the last couple of months. We've ramped up this area really quickly. We announced a couple of weeks ago that we're doing the sequel to [History's] 'The Bible.' 'AD: After the Bible' is actually the next big Mark Burnett event series. We think that will be a big deal for us, not this coming broadcast season, but the following one."

Greenblatt revealed that NBC is developing five additional long-form series: A six-hour miniseries based on Cleopatra; a four-hour miniseries based on the life of Hillary Clinton starring Diane Lane; an updated remake of 'Rosemary's Baby'; a limited series from Mark Burnett tentatively titled 'Plymouth,' about the landing of the pilgrims at Plymouth Rock; and a new version of the Stephen King novel "The Tommyknockers." ("The Tommyknockers" was previously adapted as a mini-series by ABC in 1993.)

"You look at what happened with 'Under the Dome,'" Greenblatt reflected. "I have to give kudos to my friend, [CBS Entertainment president] Nina Tassler, who saw this probably before all of us did, but an event series based on 'Tommyknockers' sounds really interesting to us."