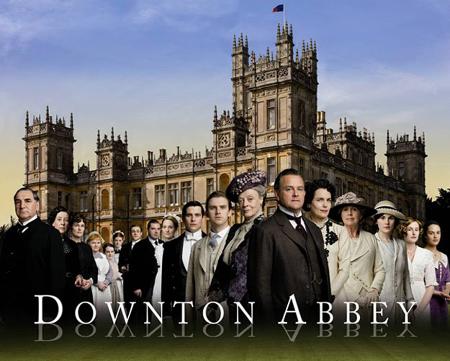 Beverly Hills, CA – Negative viewership trends, especially declines, have been a hot topic throughout the last two weeks of the Summer 2013 Television Critics Association tour. But PBS president and chief executive officer Paula Kerger showed up yesterday with only good news to report. 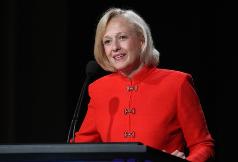 "Imagine a broadcast network that has actually seen a 5 percent increase in its primetime viewership compared to last year," she said of PBS at the start of her session with TCA members. "On Sunday nights, this network has seen a 26 percent rise in ratings year over year, and Wednesday nights aren't far behind with a 17 percent increase over the last two years.

"In a world where audiences seem to be constantly shrinking, this network aired its highest rated drama ever in February with an 8.1 national rating, the No. 1-rated show of the night, beating all broadcast and cable competition in primetime," she continued, speaking of "Downton Abbey," the period serial that remains a steadily growing cultural phenomenon. Anticipation for its upcoming fourth season has already begun to build. In fact, at a dinner last night with cast members from "Downton" critics and reporters were so excited to see early exclusive clips from the fourth season and ask questions of the actors that they could hardly contain themselves and quiet down long enough to listen to welcoming remarks from "Masterpiece" executive producer Rebecca Eaton. In more than 20 years of attending TCA tours I have never seen the group behave in that way at any PBS event. It certainly stirred up more wild enthusiasm here than any other program presented at this entire tour.

Earlier in the day critics grilled Kerger about the annual "Downton" scheduling issue: That is, what can be done about the fact that episodes are telecast in the U.K. approximately three months before they are seen here, meaning that spoilers immediately travel across the pond and spoil the fun for people who look to have it spoiled. Of course, to telecast episodes on PBS closer to their U.K. premieres would involve moving "Downton" into the heat of fall competition from other networks. (In my opinion "Downton" would do just fine against anything American television has to offer. But I also think premiering it in January is a great way to start off the New Year and relieve post-holiday blahs.)

"You all have given me a hard time, I know with loving intent about the fact that we sometimes put our most competitive work face to face against all of the network premieres," Kerger laughed. "So we look very carefully at the fall with that in mind. As we look at how we can get promotion and buzz around ["Downton"], the fact that people talk about it and that that word of mouth sort of travels once it premieres in the U.K. has actually benefited us. In fact, it is the highest-rated series that we've [ever] had, and the season [three] finale one-night broadcast [earned] the highest rating we've ever gotten in public television for a drama, and the second-highest rating of anything after 'The Civil War.' So you don't want to mess with that if it's working so well."

Told that some cable executives have sniped that PBS' ratings are up only because of this "British soap opera," Kerger replied, "Someone hasn't done their math, because eight hours of programming is not going to change our ratings for an entire year." On a night to night basis, she continued, "you see that our numbers are up. I think [they] are up for a number of reasons."

And never mind dismissing "Downton" as something that isn't typical of PBS. "It is very much in our wheelhouse," Kerger asserted. "We have had that kind of programming on our air on Sunday nights since almost the beginning of public broadcasting," she said, citing the long ago PBS classics "The Six Wives of Henry VIII" and "Elizabeth R" as examples.

Proof that the outsize excitement suddenly permeating PBS extends beyond "Downton" could be seen at the San Diego Comic-Con, of all places, where thousands of rabid fans attended a panel for "Sherlock," another wildly successful PBS franchise. "I was not at Comic-Con, but all of my colleagues came back really excited and enthusiastic about it," Kerger enthused. "One doesn't often think of Comic-Con and PBS in the same sentence, but it was great. We look forward to going back."

Throughout the day yesterday there were continual reminders that other PBS scripted series such as "Call the Midwife" and "Mr. Selfridge" are also contributing to its success.

Amid all the talk about ratings, Kerger noted that PBS ultimately measures its success by the "impact" it has on viewers and society. "Nothing illustrates that better than our recent work covering the tragedy in Newtown, Connecticut," she said. "In addition to a special that we aired right after the horrific shootings, PBS stations and producers worked closely together to present 'After Newtown,' a week of special programming and digital content to provide context, nuance and depth to the national conversation about gun control, mental illness and school safety. In all, the 'After Newtown' initiative reached 11.9 million Americans. But the impact goes beyond the ratings. The 'After Newton' programming helped spark important conversations in communities across the country and encouraged viewers to go beyond the headlines and engage in real conversations about our future."