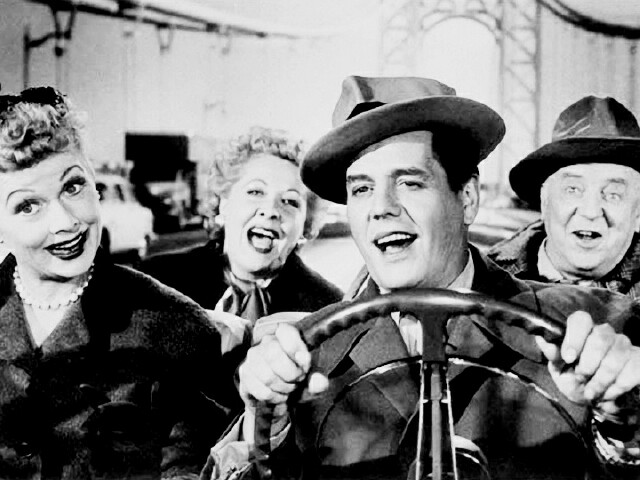 The 2017 Summer Television Critics Association tour began yesterday. Approximately 250 critics from the U.S. and Canada will during the next 16 days enjoy somewhere in the neighborhood of 200 press conferences and events at the Beverly Hilton Hotel and elsewhere in Los Angeles, learning about hundreds of new series and specials set to debut on broadcast, premium cable, basic cable and streaming services in the months ahead.  Most of the journalists in attendance will at one time or another grumble about the TCA tour being some sort of endurance test.  It’s true -- there are no days off during this one of a kind event, from beginning to end.  And there is much work to be done all day, every day.  But pay no attention to the complainers.  This certainly isn’t the only gig out there that requires a lot of stamina, but it is definitely one of the best.  And in this era of Peak TV, with its insurmountable output of new programming coming from every direction, TCA has never felt more essential.

If there is a complaint to be made about the next two weeks, it is not about TCA.  Rather, it’s about the programming being presented here.  Truthfully, with few exceptions (early call-outs include Nat Geo’s scripted series The Long Road Home, Epix’s new series based on the Elmore Leonard novel Get Shorty and Audience Network’s gripping series based on the chilling Stephen King effort Mr. Mercedes) there is a sameness to it all, and by that I mean a heavy seriousness to most of the drama and a constricting irony to most of the comedy.  Very few of them seem likely to last very long (particularly the broadcast shows), though as always a handful will prove me wrong.  Even so, I feel it safe to say that nobody will be watching any of them 60 years from now, the way millions of people today continue to enjoy I Love Lucy, the classic black and white sitcom that ended its first run 60 years ago in 1957.

As I began preparing for this extended trip to Los Angeles I developed a most unusual earworm in that part of my brain usually reserved for the annual Song of the Summer.  You may have guessed from the photo at the top that it has something to do with the Ricardos and the Mertzes.

The song I can’t get out of my head is “California Here I Come” as sung by Lucy, Ricky, Fred and Ethel in the iconic scene above, in which the four friends began a cross-country drive from New York City to Los Angeles that set the stage for one of this series’ most memorable seasons (its fourth).

I’ve seen that episode – indeed, every episode of I Love Lucy – dozens of times. But I think this scene hit me the other day and refuses to go away for a specific reason … the sheer joy of it all.  Think about it.  When was the last time you saw a scene in a scripted series that was so disarmingly joyful that you knew you would never forget it?

Without benefit of Google searches I have been trying to come up with other similarly uplifting moments from the many thousands of hours of scripted series I have watched through the years.  My short list so far: Ricky singing “We’re Having a Baby” to Lucy at the Tropicana club after she reveals to him that she is pregnant; Rhoda Morgenstern calling best friend Mary Richards back in Minneapolis to tell her she was getting married on Rhoda, Luke and Laura dancing the night away in Wyndam’s Department Store while hiding out from Hutch the Hitman on General Hospitaland Chandler finally proposing to Monica onFriends.

There must have been other such moments of joy on scripted series during the last 60 years – likely on The Waltons, or Gilmore Girls, or Friday Night Lights, or more recently in This Is Us.  But as marvelous as they may have been, they aren’t going to resonate with millions of people for dozens of decades in the same way as that glorious moment when the Ricardos and the Mertzes broke into song while crossing the George Washington Bridge.

Here’s hoping I’ll see something similarly simple and rewarding during the next two weeks.  It won’t have to make me sing, but it will have to prove that the television industry hasn’t forgotten that not everything it produces has to be crude, rude, ironic, post-ironic, profound, punishing or intellectually stimulating to be worthwhile.  Sometimes it’s enough just to be entertaining.