TCA:  It’s the Final Curtain for The CW’s “Crazy Ex-Girlfriend” 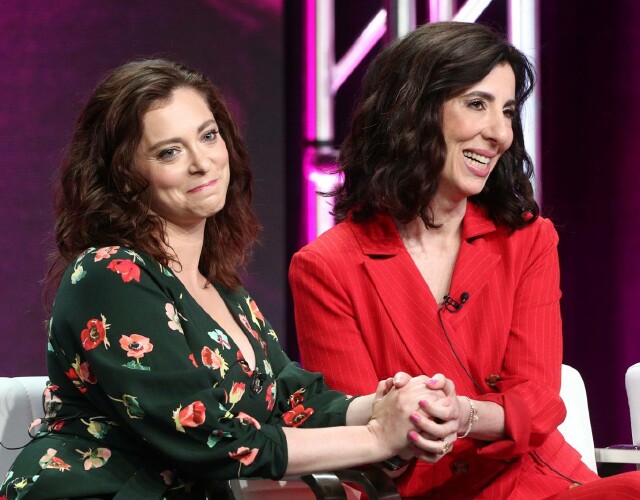 Beverly Hills, CA -- After singing and dancing her way through three years of The CW’s Crazy Ex-Girlfriend, Rebecca Bunch is delivering her swan song in the show’s fourth and final season, which begins in October.  Since debuting in 2015, Crazy Exhas garnered critical acclaim and a slew of awards.  But as brilliant as the series is, it has largely floundered in the ratings and remained “the little show that could,” and it has become something of a streaming sensation. Full credit must be given to The CW for remaining vigilant in its support of and belief in the show, saving it from cancellation and allowing series co-creator and star Rachel Bloom to give the series the fitting send-off it deserves.  Envisioned as a four-act play, Bloom is thrilled Rebecca’s story will be told in its totality.  “As a television fan, I like it when shows have a clear plan and a clear ending,” Bloom told reporters at the Summer 2018 Television Critics Association Tour.  “I feel like a lot of shows get successful, and they want to continue for as long as possible.  Then, for a fan, it's a bummer because you can feel the show kind of peter out.

"If we had gotten canceled, and nowhere else picked us up, we probably would have written the rest of the series and just put it on my YouTube [page],” she continued, noting that they would have “changed the name slightly so we wouldn't get sued for rights."

“It's a finite story with a beginning, middle and end,” added executive producer Aline Brosh McKenna (pictured top right with Rachel Bloom).  “We'd always thought of it that way.  It's somewhat of a slender premise, and we felt like this was sort of a prism that we examine from four angles.  It doesn't really replicate itself.  It has to have a progression, we felt." 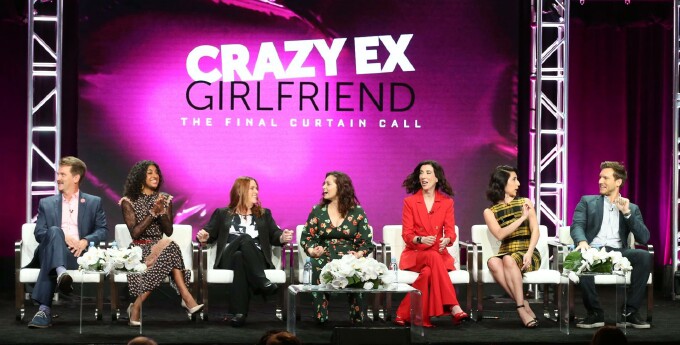 According to Bloom, each season of the series was viewed through a different lens of what it meant to be “a crazy ex” from the inside out.  Season one was very much about Rebecca creating a romantic comedy because of her inner chaos.  Following her diagnosis in season three, season four will focus on recovery.  "The fourth phase is kind of recovery and starting from scratch," she explained.  "In a really fun way, every season of our show kind of feels like a mini new show, so it always feels fresh and it always feels new."

"We deal with recovery and the redemption, but also it is a romantic comedy," added McKenna.  "The back half of the season deals a lot with her romantic life once we've kind of landed and settled in on more of the issues in her emotional life."

Despite getting to close the Crazy Ex book on Bloom’s terms, the cast is melancholy about filming the final chapter.  "It's bittersweet," shared Vella Lovel, who plays Heather.  "We've all just developed such a community in support of each other, which has been so special and amazing."

"I think it's healthy in a way to be able to, when we wrap, say goodbye with closure," added Donna Lynne Champlin, who plays Paula.  "I can't imagine how awful it must feel to wrap a season and not find out until four months later that you are not getting renewed.  So it's actually really, really fantastic to go into this season knowing that it's the last one, just emotionally and socially, because we have sort of become a family."

That sentiment was shared by Pete Gardner, who plays Darryl Whitefeather.  “We are all super excited,” he beamed.  “It's such a great, tight ensemble, and it's so much fun to work with each other and all the different things that we get to do.  I think we are just enjoying every last second of it.”

Crazy Ex-Girlfriend returnsOctober 12 on The CW.