TCA Toppers So Far:  Fox and ABC Crushed It 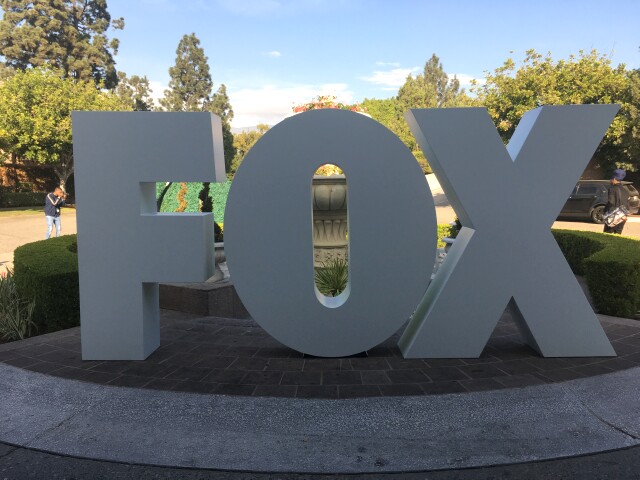 Pasadena, CA – We are past the halfway point of the 2018 Winter Television Critics Association tour, with all five broadcast networks in the rear-view mirror and most of the cable networks (plus PBS, Hulu, Crackle and tour newcomer Snap) still to come.  It’s tempting to say that a TCA tour is not a competition – every person involved from every network here puts a huge amount of time and effort into every presentation for every program – but at this point in the history of video media that might no longer be an appropriate statement, because every aspect of everything every network and streamer does these days is, to put it bluntly, hyper-aggressive.  How could this not be true, with an ever-expanding number of outlets and platforms all generating increased amounts of original content for a fixed number of viewers? Granted, that number is in the millions, but not everything is niche, so … game on!  Publicity and promotion have never been more important, and where television is concerned the consumer and business press are at the forefront of generating the right kind of awareness.  One could argue that social media generates more awareness, but it isn’t always the right or most effective kind.

For that reason, TCA tours should be looked upon as being crucial in this new world order.  Among streamers Hulu certainly gets this … they were the first streaming service to formally present their programming at a TCA several years ago and they have never stopped, garnering massive support along the way for such series as The Mindy Project, Difficult People, The Path and, most recently and notably, The Handmaid’s Tale, which continues to be honored in multiple ways by every organization that bestows awards on television content (the Emmy Awards, the Golden Globe Awards, the TCA Awards, the Critics’ Choice Awards and more).

On the flip side Netflix and Amazon have seemingly turned away from TCA.  Amazon could certainly use all the positive publicity it can get, but given the recent turmoil and scandal in its executive ranks the company’s decision to shy away from rooms full of reporters is understandable.  As for Netflix, its absence from TCA tours last year and at the start of this one is puzzling given the overwhelming support its content receives from TCA members.  We would all appreciate the opportunity to meet and talk with the producers and performers whose work continually lands on our individual Best of the Year lists.

But getting back to the networks who do participate in TCA – and the broadcast networks in particular – here’s the takeaway from this tour so far:  Fox and ABC crushed it.  (So did FX, as always, filling an entire day and bringing in an amazing array of talent including Donald Sutherland, Hilary Swank, Ricky Martin, Darren Criss and Donald Glover.)

Fox and ABC each took full advantage of every minute of their days at the tour, from the first bite of breakfast to the last call at their well-attended, star-packed evening events.  Ample time was made to promote their midseason premieres and their successes of the season so far, and to honor long-running shows that TCA members have been writing about for years.  For example: Fox marked the upcoming 300th episode of Family Guy by staging a table read of the episode with the cast, followed by a lunch.  ABC had a lunch tied to the upcoming 200th episode of Modern Family, attended by series creators and executive producers Steven Levitan and Christopher Lloyd.

Both networks also brought out superstar power: Fox had Sean “Diddy” Combs in the house to talk about its new reality competition series The Four: Battle for Stardom, while ABC brought in Roseanne Barr and John Goodman to talk about the return of their classic sitcom; Jimmy Kimmel to talk about hosting the 90th Academy Awards, and Ryan Seacrest, Katy Perry, Luke Bryan and Lionel Richie to talk about American Idol.

Above all else, both networks acknowledged the importance of TCA to the membership and the value of the organization to their business.

Meanwhile, CBS, NBC and The CW presented certain panels that had value but did not take full advantage of the opportunities that TCA has to offer.  I don’t wish to bash the latter three – again, even smallish presentations are the result of an awful lot of work – but at a time when everyone should be turning up the volume their relatively low-key participation (as compared to their own robust TCA presentations of the past) was almost quaint.

CBS, for example, did not put any executives on stage for a Q&A (though they were present in the room and available for quick conversations with everyone), promoted only two new shows, did not promote any existing shows, gave half their day to cable sibling Showtime (which did put its top executive on stage before moving on to promote new and existing series) and did not have an evening event of any kind.  Fortunately, CBS did put together a very impressive panel of showrunners for an informative and enlightening session exploring current issues of racial and ethnic diversity and gender equality on television that was one of the most timely and useful sessions of the tour to date.  But it could have done more.  The same is true of its broadcast sibling The CW, which presented panels for two new shows (including the groundbreaking-for-broadcast African American superhero adventure Black Lightning), followed by a brunch.  The food was very good, but as long as we were all in the room an additional panel or two for any of its popular current series would have been more satisfying.

As for NBC, it presented a mix of panels from the broadcast mothership and several NBCU Cable networks.  Many of them were well and enthusiastically attended -- especially a provocative panel from E! with actress and activist of the moment Rose McGowan, who has a new reality series coming up that should prove quite controversial – and the day ended on an extremely high note with a session for The Voice featuring new judge Kelly Clarkson.  But NBC’s top executives also stayed off the stage, there was no panel for the company’s upcoming coverage of the Winter Olympic Games, and the network didn’t offer a panel with stars from any existing scripted show (suggestions: America Ferrera and cast members from Superstore; anyone from This Is Us or Will & Grace,the always outspoken NBC super-producer Dick Wolf with anyone from any of his many shows).  And for the second tour in a row the company’s big party was just drinks and hors d’oeuvres with a smattering of actors – hardly an exciting or productive affair.  But I’ll give them credit for staging a meet and greet opportunity of some kind.

Thank goodness for USA, which put together a panel with five WWE superstars.  They may not be celebrity gold for members of TCA, but out in the real world they are more popular than many of our top television and movie stars.