Tech Inclusion: Progress Made, More to Do 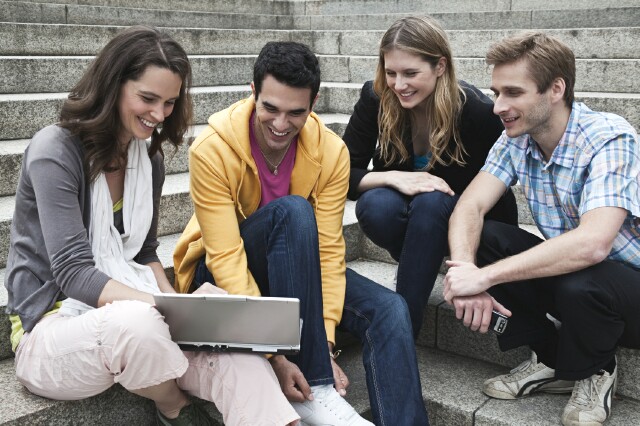 Inclusion and diversity have been in the news a great deal lately, especially since the Google memo burst on the scene and opened up many new conversations about what it means to be a diverse company.  Recently, Viacom hosted the second annual Tech Inclusion conference, produced in partnership with Change Catalystto explore ways to increase inclusion across the media industry.

Kodi Foster, Senior Vice President, Data Strategy at Viacom, explained the importance of Viaocm hosting an event like this:  "Viacom is a place where you don't have to leave part of yourself at the door when you come into work," he said. "Inclusion is in our DNA. It's why we hosted this event; to amplify our voice, create strong partnerships and to demonstrate our support for work cultures that value openness and encourage a diversity of experiences."

Daisy Auger-Dominquez, Senior Vice President of Talent Acquisition at Viacom, added that the goal of the event was to have the attendees walk out inspired and energized, knowing "that together, we can solve these problems."

Foster spoke of the need for organizations to “go beyond the press release” to strengthen inclusion and diversity in the workplace, and promote compelling stories that will drive the conversation toward solutions.

Inclusion can also drive business success, especially for a media company with the breadth of content of Viacom.  Sharon Cohen, Executive Vice President of Nick Experiences, was very clear about this.  "At Nick our audience is kids and they're the most diverse generation yet," she explained.  "It's important to us that our teams reflect the broadest approach possible ... and imperative that we provide a forum for all of those diverse people to speak."

With Viacom content in over 180 countries they also understand the need to have a workforce that matches that diversity to build the right content. That thought was echoed by Niels Schuurmans, CMO of Paramount Network, TV Land and CMT, who told the audience that the "best ideas come when you have people from different backgrounds coming together."

Bryson Gordon, Viacom's Executive Vice President, Advanced Advertising, gave a presentation on "What does it mean to be a white, male and straight executive in the conversation on diversity within an organization?"  Gordon told the audience, "great marketers have a superpower -- empathy.  Today, we're seeing a failure of empathy."  One of the interesting stories he told us is that while he and his wife were on the same career paths at different companies, the stories she brought home were very different than the stories he was bringing home.  It helped him understand the difference genders experience in the workplace and what he needed to do to have an impact on the changes needed.

As he explained, "In our hiring, we need to start rejecting the idea of finding people who 'fit' into the culture and create a culture of learning.  'How will this individual expand the collective mind of the group?  What will this person teach us?'"  One of his career insights has been that "we need to understand the power of the language that we use, that it shapes behavior."

Many of the speakers talked about the need to start teaching children about tech at an earlier age.  "While technology is being introduced at the high school level, I think we need to push it down even further," said Paul Sartain, Executive Vice President/Chief Media Technology Officer for Viacom. "It needs to be introduced at grade school level, because the further down we go, the more diverse group we can reach."

One of the most interesting aspects of the program was the inclusion of a panel of Gen Z-ers, who talked about their experiences learning about technology at a young age.  Olivia Ross, a junior at Phillips Exeter Academy, talked about the importance of being able to "see someone who looks like you in the tech world.

"Seeing girls in Black Girls Code who are now successful was very important for me to see when I was growing up," she explained.  "Without that sense of belonging, I may not have been as inspired to do what I've been doing."

Another student on the panel, Boubacar Diallo, who will be a freshman at Hunter College, told the audience that it was critical to connect with many schools and programs in minority communities to get them exposed early on and help them to see what they could do.

Inclusion was also a topic of discussion at Cannes this year where Fast Company and Ketchum hosted a panel surrounding a study they released showing that working alongside similar people to themselves limits creative potential and teams must be comprised of varying socioeconomic, educational and geographic backgrounds.

Michael Roth, Chairman of IPG, was quoted in a Holmes Report piece from Cannes, saying, "Gender equality has become a common topic at Cannes and at industry programs around the world.  But when you look around these rooms, even at IPG's own events, you see that women of color are underrepresented in the conversations.  It's a business imperative to change the status quo, and that's the process we want to begin with this summit."

Much More Needs to be Done

Shaun King, Senior Justice Writer at the New York Daily News was direct with the audience, asserting, "The primary voices speaking out against something are the people being impacted.  You'll see change when the people who cause these problems accept them as their own."  King's message was clear: We all need to speak up if a change is going to be made.

Refinery29 also talked about its study on gender equality, which showed that 70% of women do not believe their workplace is diverse, but only 22% of those surveyed agreed that woman of color should hold more positions of leadership.  Only 24% said they would speak up if they witnessed anything directed at their colleagues.

As Viacom's Daisy Auger-Dominquez said, "I have a wish for my daughter that she can walk anywhere in the world and feel that she belongs."

Editor's Note:  MyersBizNet and WomenAdvancing.org will be hosting the Advancing Diversity Honors in Las Vegas during CES, January 10th from 4-8 p.m., saluting those who break out of their corporate and individual comfort zones to foster diversity.