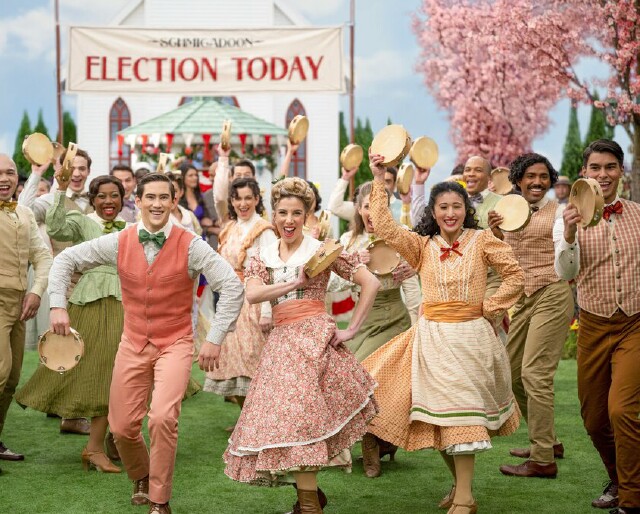 Historically, this is the time of year when people are supposed to begin getting excited about the new and returning programs to come in September, when the new television season officially begins. If that's still the case, I'm not feeling it. Could it be the collective distractions of the streamers? The current excitement of the Olympics (despite declining linear ratings)? The wealth of new programming currently populating even the broadcast networks? All those shows on The CW that are usually identified as September-May staples playing out with new episodes throughout the summer? The growing lack of interest by the American viewing public in broadcast series programming (with the notable exception of crime shows and detective dramas)? The absolute absence of catchy and alluring promotional campaigns, the likes of which has all of us salivating for the arrival of broadcast's annual premiere week throughout the '60s, '70s and '80s? More likely all the above are at play. And then there's this: There are so many gems on television right now that the idea of them ending as the fall season begins isn't sitting well.

Television this summer … and especially now … has offered more than a few remarkable new and returning shows that just might overshadow the content to come in the fall. There is always plenty of good programming to watch, but the current confluence of quality -- for those who can afford to see it all, that is -- is striking. What lies ahead in the fall that will carry the currently blazing torch? Beyond the return of HBO's Succession and the arrival on PBS of Ken Burns' next great epic, Muhammad Ali, I'm at a loss. Perhaps the Summer Television Critics Association tour, which gets underway this week, will ameliorate this malaise.

Among the star attractions this summer (beyond the Olympics) are:

The White Lotus (HBO and HBO Max) When I first heard that HBO had scheduled a dramatic limited series about wealthy white people maximizing their privilege by vacationing at a luxurious Hawaiian resort, I was tempted to say, "Read the room, people." Then I heard that several of my favorite actors were in it, including Connie Britton, Jennifer Coolidge and Steve Zahn, and I knew I couldn't stay away. But I didn't expect it to engage me on so many levels, even if so many of the characters are straight up toxic (especially the teens). Maybe it's the fact that they are all so flawed, or that their separate stories bump and grind against each other. Maybe it's the pleasures to be had watching rich and/or beautiful people suffer (in the tradition of those grand '80s primetime serials Dallas and Dynasty). Actually, I think I like it so much because the action never strays from the resort and the waters just off shore, which makes the cumulative experience of viewing this show over several weeks feel like I'm there, too, enjoying a much-needed tropical respite (with some first-rate people watching). Talk about Fantasy Island. 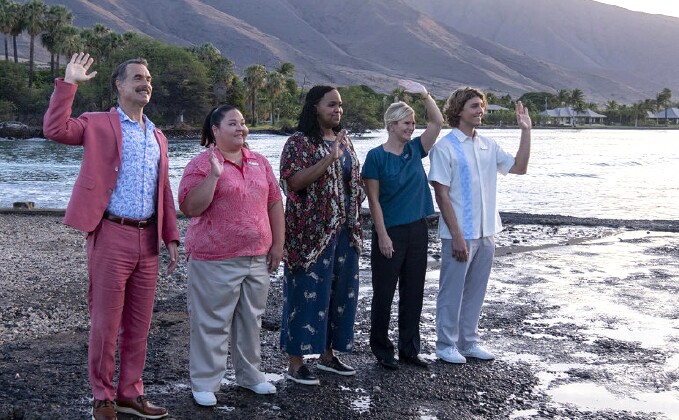 The Good Fight (Paramount +) As with each of its previous four seasons one could argue that The Good Fight in season five remains the best drama on television. It is certainly the boldest, and possibly the bravest, at least on the subject of racism in present-day America, as the characters at a predominantly Black law firm grapple with the tensions of our times, each of them coming from a slightly different perspective, all of them having their say. With rare exceptions it is difficult to dislike any of them, even if you don't agree with what they are saying, which is key to the magic and the message of this show, which is often all about people listening (or not) to each other. Also, as noted in a previous column, the show's take of the trials of tech is unparalleled. Series creators Robert and Michelle King and Phil Alden Robinson keep the drama current, compelling and punctuated with timely, sometimes absurdist humor; and the extraordinary cast (plus the best group of recurring guest actors on television) powers it all along. (Oh, and the animated bits are their own special kind of wonderful.) Christine Baranski, now in her twelfth year of playing power attorney Diane Lockhart (a role she originated on The Good Wife) continues to dazzle. The addition this season of Mandy Patinkin as eccentric "Judge" Hal Wackner was a stroke of genius.

Evil (Paramount +) Call it The Good Fright. Robert and Michelle King are also the combined creative force behind this horror thrill ride (that is, like their Good Fight, sometimes very funny). I'm the first to admit that I sometimes don't know what the hell is going on, but it never seems to matter, because I am always engaged and unfailingly entertained, and each episode is good for at least one big scare that makes me jump, even when I see it coming. Katja Herbers as troubled forensic psychologist and harried single mother (of four young girls) Kristen Bouchard and Mike Colter (pictured below) as priest-in-training David Acosta are scary good; the  invaluable Michael Emerson and Christine Lahti take it to another level. 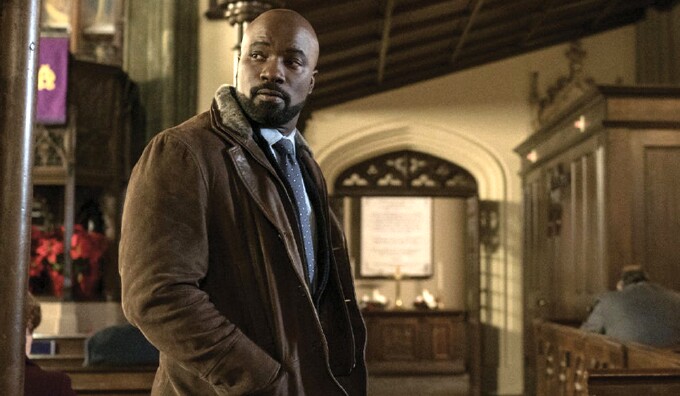 Ted Lasso (Apple TV+) So far, season two of what was in its first year the most delightful show on television isn't quite living up to its freshman self, but it remains way out ahead of whatever is in second place. TV comedies don't get more disarmingly charming than this heartfelt story of an American college football coach (the title character, winningly played by Jason Sudekis, pictured below right) recruited by the vengeful owner (luminous Hannah Waddingham) of an English Premiere League team that had been her vile ex-husband's pride and joy to unwittingly bring it down. That was early in season one; everything has changed and changed again since then. There are many reasons why this show is winning all the awards. Ted Lasso is something to believe in, and it is reassuring in these dark days that a show as sweet and wonderful as this can be as popular as it is. 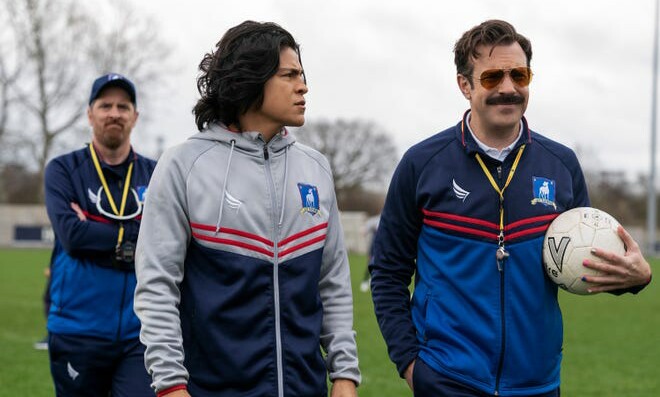 Schmigadoon! (Apple TV+) Has any streamer (or network) done as much to help carry us through the pandemic as Apple TV+? As if it hadn't done enough to elevate the national mood last August during the rise of COVID with the feel-good comedy Ted Lasso, this summer – as the delta variant rages on – now it is giving us a feel-great weekly musical, too. (Plus, a second season of Lasso!) Schmigadoon! (pictured at top) is about two people mysteriously trapped in a musical, and it features the best original showtunes heard on TV since NBC's Smash. Any resemblance to any super-popular classic musicals is intentional and most welcome. Cecily Strong, in the lead female role, shows us that her vocal talents extend way beyond her occasional musical performances on Saturday Night Live. As for her co-star Keegan-Michael Key, the fact that he followed his work in the Netflix feature The Prom by playing the leading man here has everyone wondering when this guy will do a Broadway musical. The New York City theater is just beginning to grind back to life. Key could be key to illuminating the Great White Way. Okay, that may be an exaggeration, but there is no denying the outsize joy that Key, Strong and the rest of this amazing cast bring.

America's Got Talent (NBC and Peacock) No need to repeat myself -- I've written plenty about this supreme summer staple in the past, and will no doubt do so again in the future. It's the best show in TV's crowded competition category, and it still amazes me that NBC has kept it where it belongs in the stretch between Memorial Day and the start of the new television season. Clearly the network understands the importance of a super-powered promotional platform when it comes to launching a fall schedule.