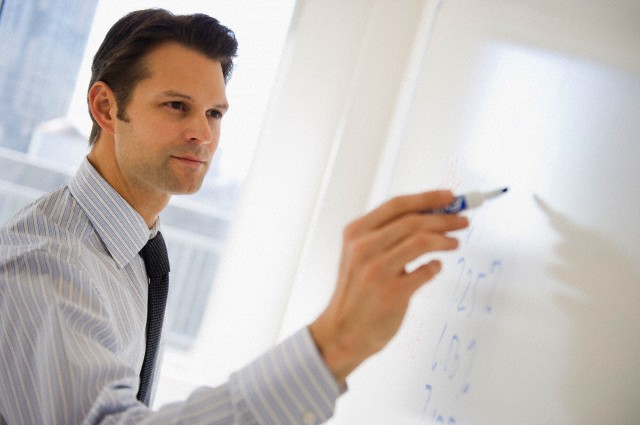 Television is reinventing itself at a rapid pace; it’s an exciting time to be in the television industry!  Over my 25-plus year career in media I’ve witnessed a significant amount of change, often triggered by technological advances and research (data today).  However, the current evolution occurring in linear television, through automation and data-driven advancements, is a paradigm shift.

With the 2016-2017 Upfront upon us, and expectations of a healthy season after several years of decline, many are crediting new advances in data and technology with fueling new growth.) That’s great news for the industry, but as a big proponent of the long tail, and independent cable networks, who fuel competition and growth of the industry, I am concerned that not all cable networks will benefit from television’s evolution.

In the earlier days of cable (the ‘90s) the “long tails” of television were the basic cable networks (approx. 20-plus networks at the time).  Working together we found solutions to industry concerns that promoted our progression.  Consider these two examples:

The Creative Use of Data

Through the CAB and especially through Turner’s Media at the Millennium research we facilitated a reallocation of approximately $500M to cable from broadcast budgets.  The promise was extended reach, better targeting and, as a result, stronger ROI.

On the technology front, EDI (Electronic Data Interchange) proved to be a big breakthrough for the cable industry.  During the ‘90s agencies were required to manually enter the entire inventory they purchased.  When you multiply that by the growing number of cable networks and the ongoing changes that occur, agencies were reluctant to assign large shares of budget to cable.  EDI in early the 2000s facilitated the entry process and a solution was created that eased the way for cable’s growth.

Fast forward to 2016 and cable networks find themselves once again at a milestone due to much needed change to our sales process, stimulated by marketers demanding evidence of ROI.  In today’s extremely fragmented marketplace there are lots of investment options but few ways to tie them all together.  At the same time, the trend of buying broad reach purely on ratings, age and gender is shifting towards targeting a specific audience based on reaching a desired consumer segment.

Srishti Gupta, President, IRA says: “I think the understanding of the need to bring data sources other than just age and gender demographics into television is pretty far developed now. Many networks are pulling [advanced data] into their [inventory offerings] so that buyers can better target their audiences.”

Digital remains a key component of many overall media buys.  However, linear television continues to remain king.  The ARF just reaffirmed the power of television with newly released findings on its strength.  While television is at the early stages of utilizing data-driven solutions along with automation, it’s already evident that a renewed love affair with television has begun.   Data and automation will boost television’s vibrancy once again.

From Viacom’s Vantage to Turner’s Audience Now, NBCU Audience Studio and Fox and Discovery recent initiatives as well, every big media company has announced its version of a custom data-driven, automated solution. Each group has their own proprietary data sets, algorithms for targeting audience and optimizing packages.  Each also happens to have a portfolio of big and small networks that will share in the optimization solutions and be leveraged together to increase revenue.

That’s awesome for them (and for the television marketplace in general) but the result for a new wave of television’s traditional “long tails” may not be as positive.  Independent cable networks usually do not have the financial and manpower resources to build similar data and automated solutions.  They are also individually smaller in voice and in size which is clearly a disadvantage.

As stated earlier, the television industry has always advanced in part due to competition, led often by the long tail networks.  Cable became a threat to broadcasters through its risk taking creativity and flexibility.  It was built with the promise of diverse programming and the niche, rich audience they offer marketers.

I applaud the media companies that have addressed the need for data-driven solutions to compete in today’s media marketplace.  “One stop shopping” will work to optimize sales effort for a family of television networks.  However, the independent cable networks will need to create their own solution that will maintain a healthy level of competition, creativity and flexibility for the industry.  Like the EDI solution of 20 years ago, data-driven television should be an affordable solution for all linear television, not just the big media companies.