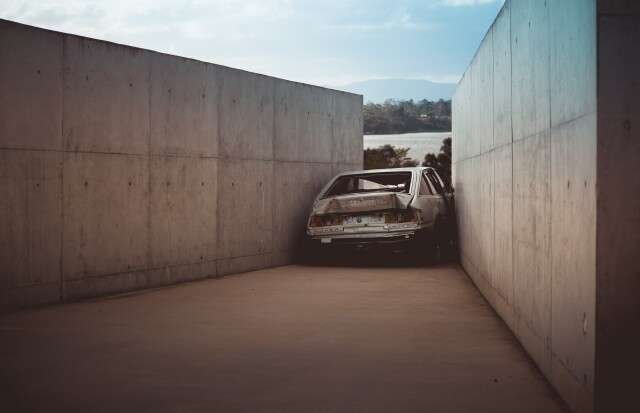 Driverless cars?  Autonomous vehicles?  Call them what you will, if the non-stop chatter about them in the trade press is any indication, they are coming for us whether we like it or not -- and there’s not a dang thing any of us can do about it.

That said I think there is going to be an enormous amount of push-back as the makers of these things attempt their collective takeover.  Plenty of people are going to reject them out of simple common sense.  Count me in that group.  In my day-to-day life I simply don’t see the demand for DCs or AVs or whatever we want to call them.  When I bring up the subject friends and family tend to shut me down, as if talking about it isn’t going to matter because AVs will never work.  Or they are tired of being told how to live.  Or they don’t have the cash to pay for new cars.  Or they are just plain afraid of them.  I understand all of that, especially the fear.  Driverless cars make me nervous, too.  In fact, I thought of titling this column “What Could Possibly Go Wrong?”

People ask me questions about them.  I go searching for answers here, there and everywhere, but even in the post-CES tsunami of reporting on the subject I found nothing that addressed common-sense concerns.  What follows is a list of queries that are on my mind, some of them my own concerns, others put there by folks with whom I have talked.  Does anyone have legit answers to any of them?  If so, they’ve been keeping them to themselves, likely because there is so much money at stake.

There are millions of us who find a road trip or a quick drive to the store to be either energizing or relaxing.  A drive into town, if only to the local Starbucks, clears my head as quickly as a hot shower.  Especially in good weather.  Music on, windows down … good to go.

What about people who get carsick if they try to read or watch anything on any screen in a moving vehicle?

Again, that’s me!  All that “extra” time to “safely consume content" in a driverless car will be lost on me, as I’ll be doing my best to fend off illness.  If I pay close attention to an advertisement on paper or on a screen while my driverless car navigates busy streets, I will forever associate the brand involved with nausea … or worse.

What about the transition period between ubiquitous cars as we know them and autonomous vehicles?

How in God’s name will driving cars be safe during the decades it will likely take to shift from roads filled with driven cars to those filled with driverless vehicles?  Will it be like riding in bumper cars, only with consequences?

And what about the money, honey?

I don’t know how many car owners there are in this country today, but I do know the majority do not have the reserve funding to scamper out and buy new vehicles on command.  Hell, most of them don’t even have retirement accounts.  Considering what we learned about hundreds of thousands (if not millions) of federal workers during the shut-down, most people live paycheck-to-paycheck in our grand old land.  And let’s not get started on Millennials, who are beginning adult life drowning in debt ... and they are the college-educated ones!

What will be the resale value of the millions of new and used “traditional” cars?

I’m going to guess less than zero.  Resale money tends to help people finance the purchase of new cars.  But if that goes away, what then?

Where will all the “traditional” cars go when their owners finally dump them?

Maybe they’ll join the millions of “traditional” TVs, wherever they are.  Likely in a landfill or in the ocean, unless we shoot them into space.  (How much fuel will it take to do that?)  Score another big blow to the environment.

Will there be any point to donating used “traditional” vehicles to various medical charities, as so many good people do today?

I haven’t a clue.

Surely, they won’t be driverless, too.  Ever try to separate a biker from his or her ride?

What about all the little things that currently go wrong in today’s cars?

Can you even count them?  Add in a few dozen sensors, chips, etc. and these new cars will be regularly driving themselves to the local garage.  Will they know enough to make appointments first?

What about the growing threat from hackers large and small, here and overseas?

Wait!  That’s 11 questions and I set the limit for this column at 10.  Damn.  I shouldn’t have left the biggest and best for last.

As my Uncle Bob used to say to customers at his Esso gas station, “Happy motoring!”