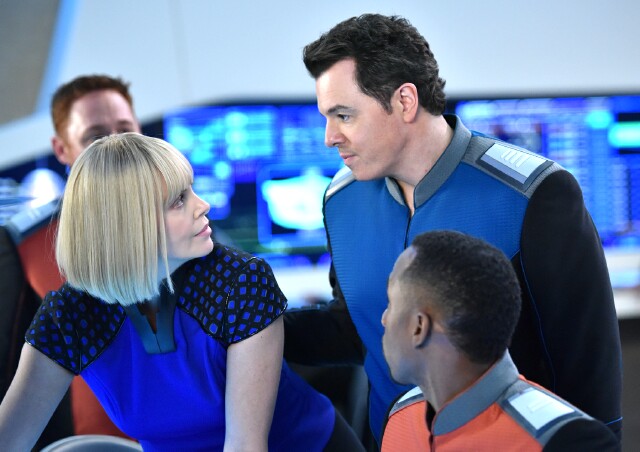 It’s probably safe to say that 2017 hasn’t been as great as it could have been.  In fact it pretty much sucked.  Fortunately for us TV has been great.  In this new Golden Age of Television, escaping the politics, scandals and other atrocities that regularly plague our news feeds and timelines is as simple as tuning it all out with whatever amazing show strikes one’s fancy.  There are plenty to choose from, of course, but some shows are better than others, and navigating the seemingly endless selections on (insert streaming service here) can be a bit daunting at times.  So here, in reverse countdown, is my list of the top ten shows that truly did their thing during this rather eventful year. 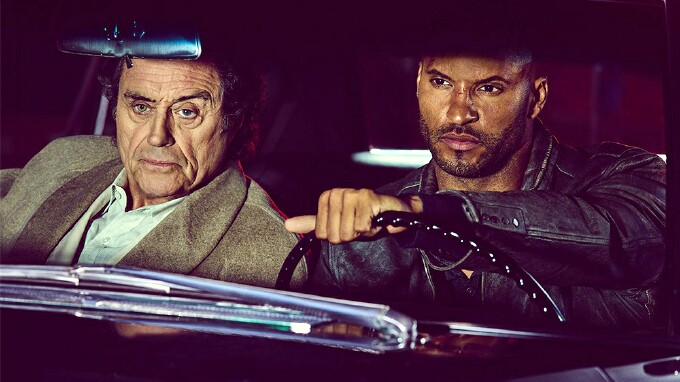 American Gods is a visual, psychological and emotional feast from soup to nuts, and while the concept of gods among men isn’t really a new one, it has never been tackled in such a unique and ballsy way.  Visually it’s dramatically cinematic, and the VFX are feature-film quality.  The characters are flawed and three dimensional; each with his or her own fascinatingly detailed backstory. There aren’t really any defining lines as far as morality goes, either. Like all of us, these Earth-bound deities are motivated by their personal desires, and whether their actions make them “bad” or “good” mostly depends on the viewer’s predilections.  There’s always plenty going on, yet the viewer is never bombarded with exposition.  Rather, the plot is trickled out to us in doses, leaving viewers sated, but always ready for more.  Everything about this series, from the intro and its ability to set the show’s bizarre tone to the all-in performances of its sublime cast, adds up to one of the dopest surprises of 2017.  American Gods is intelligent, edgy, whimsical and sexy with a hint of funny, which makes it wholly worthy of a spot on this list. 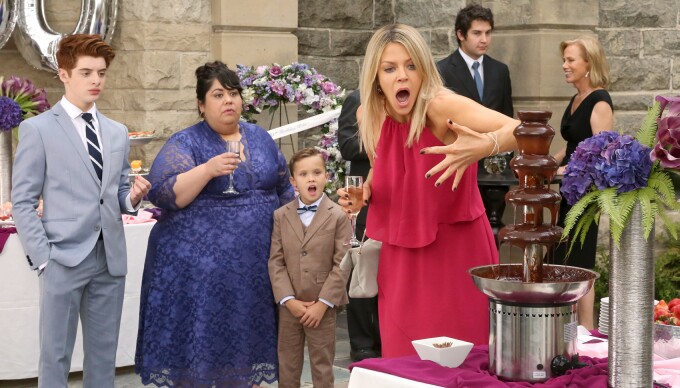 The Mick is a perfect example of absurdist family-style comedy.  If It’s Always Sunny in Philadelphia and literally any family show had a baby, it would be this one.  Kaitlin Olson kills as the estranged aunt turned reluctant caretaker of her sister’s three spoiled kids who live in a (now formerly fabulous) Greenwich, Conn., home and are constantly running out of money.  Yes, when we met them the only people more pretentious than the local country club members and resident boat owners were those same three kids, but they changed a bit as the show went on.  It had to do in large part with this show’s best trait: Mickey’s genuine heart.  She legitimately gives a sh*t about these kids, and even though a lot of times the older two have the manners of feral garbage goblins, and the youngest one will probably need a ton of therapy, Mickey won’t ever abandon them.  She ain’t exactly the poster child for proper parenting, but when push comes to shove -- and it usually does -- Mickey’s got their backs.  Factor in the perfect combo of her two loose cannon sidekicks, housekeeper Alba and boyfriend Jimmy, and how The Mick landed on this list becomes pretty obvious. 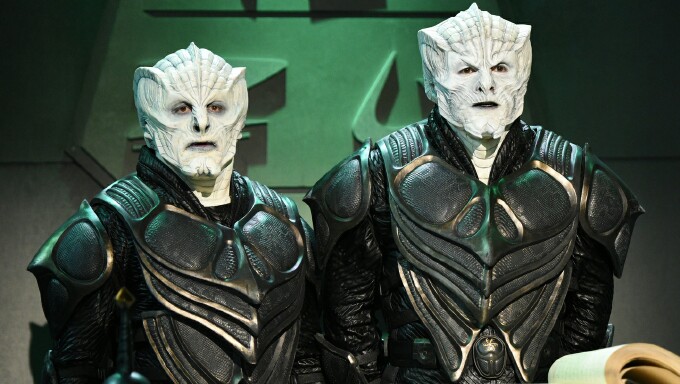 The Orville (also pictured at top) is one of my favorite shows, period.  It’s Star Trek: The Next Generationmade for this generation (and made well, I might add).  It’s serious when it means to be, funny when it wants to be, and has a lovable crew at the helm.  It’s one of those shows that seems so well thought out that there must be an Orville“bible” somewhere on Fox’s lot that is bursting with more background details and fictional future Earth history than even a nerd like me could handle. As a fan of CBS All Access’ Star Trek: Discovery, I find myself getting more of a classic Star Trek vibe from The Orville than from the actual Star Trek brand at times.  I’m quoted as saying I originally expected The Orville to feel like “Family Guy in Space,” which would’ve been easy for series creator Seth MacFarlane to do if he were so inclined.  Instead, he gave us something forward-thinking and intelligent that takes itself just serious enough that it’s fun and funny without feeling like a spoof. 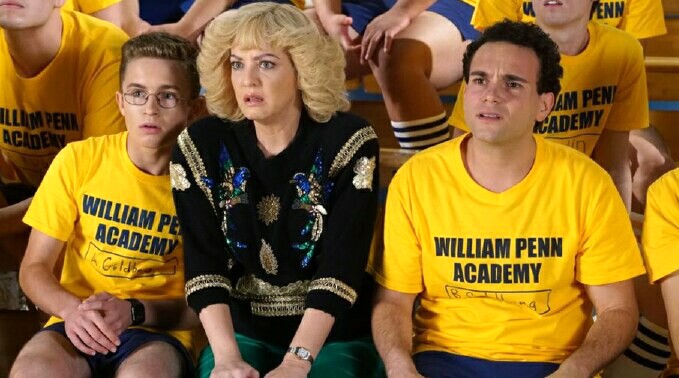 Admittedly, I was pretty late to the Goldbergs party, but once I started watching I could not stop until I had seen every episode.  What is there not to love? Everything about the Eighties is amazing in general, there’s a grandpa and grandson who are best friends, and there’s the comfortingly relatable fact that some form of these events happened in real life to the show’s creator, Adam F. Goldberg.  And the blonde, smothering cherry on top?  It’s Wendi McLendon-Covey.  Her existence alone is proof that anyone who says women aren’t funny is -- as Murray Goldberg would put it -- a moron.  I think the key here is the show’s ability to push themes everyone can relate to.  We’ve all wanted something our parents wouldn’t get us, or had bad school days, or had a best friend we disappointed, or a love/hate relationship with a sibling.  Regardless, The Goldbergs isn’t just a show about a family, it’s a show about families, and can’t pretty much everyone get on board with that? 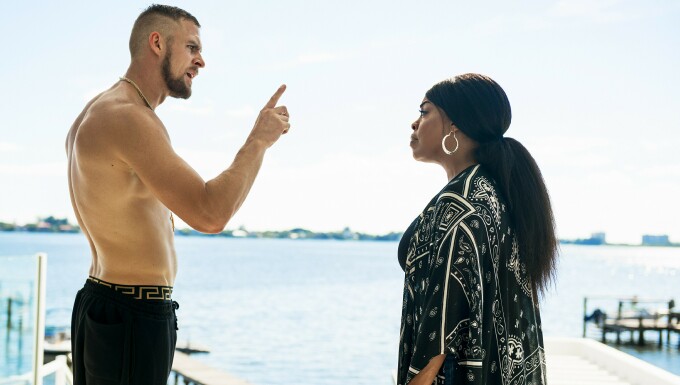 Gritty as it is colorful and unique, Claws has an all-female main cast that is not to be f**ked with.  There was not a single moment during this dark comedy/crime-drama when I wasn’t enthralled by the lives of these Floridian nail salon employees.  Desna (Niecy Nash) is ferocious and fierce, and she embodies the spirit of mama bear in her shop.  As the show progresses, the kicker (well, there are many kickers) turns out to be that all the ladies in Desna’s nail painting/money laundering crew are just as “down for whatever” as she is. There’s just something about boundless loyalty amongst fictional friends that energizes me.  I genuinely care about what may happen to the characters on this show, and truth be told they seem like normal enough people that I can’t help but throw a curiously suspicious glance at my local nail salon crew when walking by. Every character, including the guys (Dr. Ken, Bryce, Roller, the infamous Uncle Daddy, and of course, Dean), is well rounded and unique, and each one brings something to the table that I’d genuinely miss if they were gone.  I haven’t seen anything like Claws in a long while, if ever, and that why it fits on this list.

Tune in tomorrow for Part Two of my Ten Top-Notch TV Shows of 2017 list.