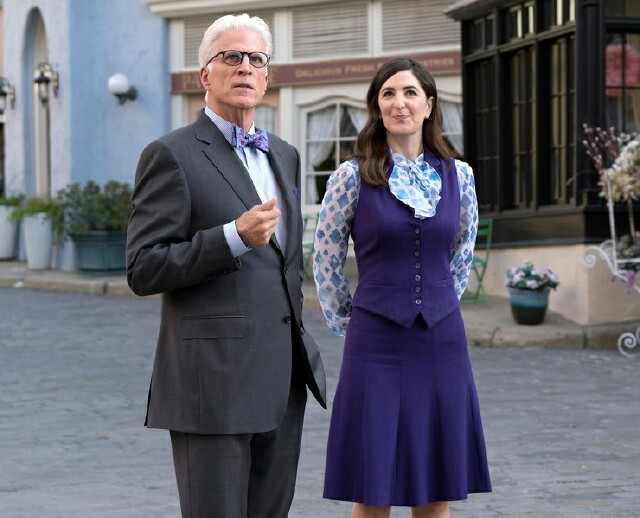 Looking back, 2017 has been a great year for TV, and not much else.  Here’s hoping next year is even better for everyone and everything! And now, here are the top five shows on my list of the Ten Top-Notch TV series of 2017.  (You can see the rest of my list here.) 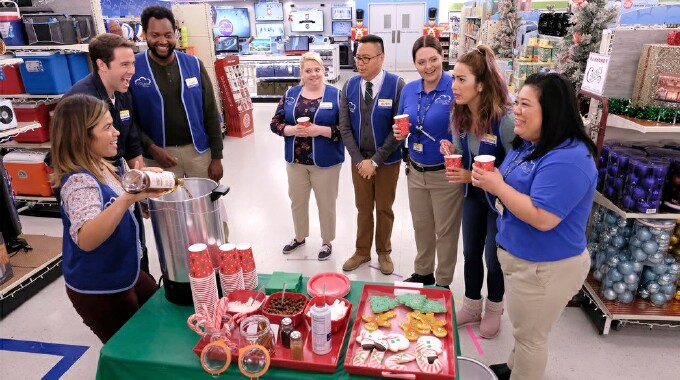 Superstore did the impossible when it premiered in 2015:  It used a relatable and fresh approach to breathe new life into the already stale workplace comedy genre. We had been given a The Office-type show in every setting imaginable, but what America hadn’t yet seen was a faithful depiction of the big box stores we’ve all come to know and depend on. That, plus the characters’ collective ridiculousness and Amy and Jonah’s whole “will they/won’t they” thing makes for a show that has remained surprisingly solid. The key is that all of Cloud Nine’s employees (i.e. the cast) play their types well, which is integral when telling a story with a message.  America Ferrera is great as down-to-earth Floor Supervisor Amy, a now-single mom constantly walking the line between strong confidence and hilariously insecure snarkyness.  Ben Feldman is perfect as know-it-all goody two-shoes Jonah, and if Lauren Ash, as Assistant Manager Dina, was any better at being a heel, she’d be a pro wrestler.  The characters -- much like the random cutaways to the store’s customers -- are yet another tool used by Superstore to get us looking in the mirror.  That’s why we love it, because it shows us that we’re all the same – also, who doesn’t need to laugh at themselves sometimes? 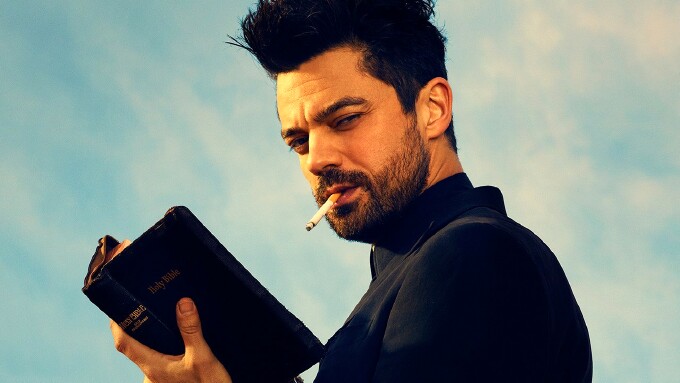 Trying to explain AMC’s Preacher to people unfamiliar with it is a lot like trying to explain a fever dream.  Explaining what makes it amazing is a lot easier.  It’s simple: Preacheris badass.  Ignore the fact that the main character, Jesse Custer (badass name), can command anyone to do anything because he has the literal voice of God within him.  Forget that when we first meet Cassidy (another badass name) he’s having a mid-flight fight to the death (that he wins) on a private jet and then survives a parachute-less jump from that same jet -- because he’s a f**king vampire (undead badass).  Don’t even mention how the second we meet Tulip she partakes in -- and wins -- a vicious fight with two men in a moving car, then proceeds to shoot a helicopter out of the sky with a homemade rocket launcher.  (That is literally the most badass sentence I’ve ever written.)  All of this is happened last season in episode one, and believe it or not, through 2017 the show has only gotten better. Two words: Herr Starr.  Also, Jesse has accidentally sent a guy to hell; Tulip’s past has been revealed as, well, complicated, and Cassidy has a 60-year-old French son.  And then there’s that Christian-based doomsday organization tracking down our troublesome trio in search of Jesse’s power.  Jesse (the broodingly handsome Dominic Cooper), Cassidy (Joseph Gilgun) and Tulip (the beautiful Ruth Negga) are still the shit-talking outlaws at heart we all wish we were, or at least wish we knew.  Preach! 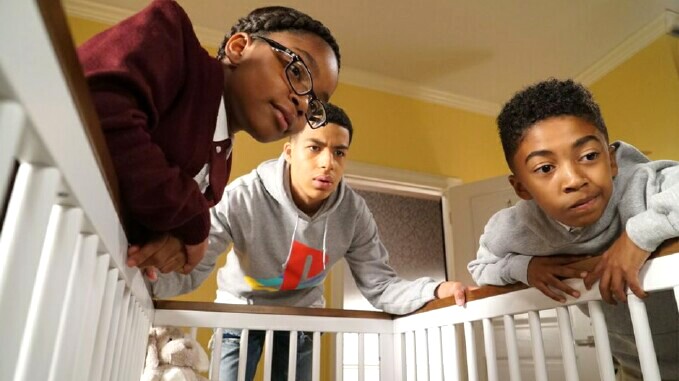 black-ish is one of the most important shows on TV right now.  Fight me.  Seriously, there aren’t any other shows doing what black-ish does every week. Yes, it’s a wildly popular and hilarious sitcom featuring an educated family of color with the means to live comfortably in an upper middle-class neighborhood, but more than that, it’s actually saying something.  This show takes things that actually matter in real life, works them into amusing plotlines and then hits us with real facts.  That may not sound like much, but in a time where the truth can be harder to find than tax records, it’s comforting to know that there’s a room full of writers who aren’t keen on feeding us more bullshit.  Can the lessons about American Black History (a.k.a. The History of Black Oppression) get a little heavy on occasion?  Certainly; but the balance between that and the show’s innate light-hearted nature is something that creator Kenya Barris seems to have managed well.  Of course, black-ish has been consistently funny over the years, especially during this most recent season, but if I can come away from a laughing-so-hard-I’m-crying kind of joke and still have learned something about my culture (or anyone else’s for that matter), I’m down. 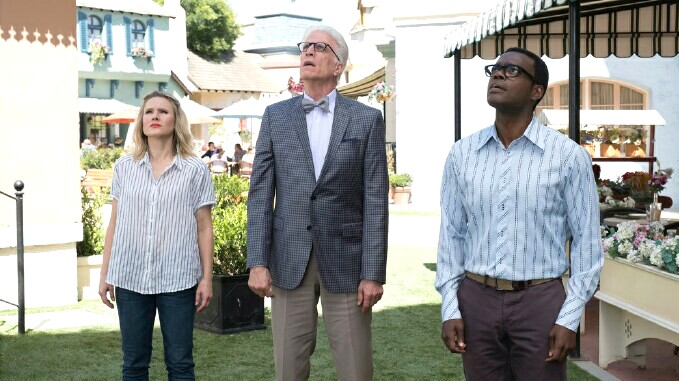 The only surprising aspect of my choice for No. 2 should be the fact that it wasn’t my choice for No. 1.  It seems The Good Place is as original and clever as comedy can get, and my God did they raise that bar up high.  I can’t remember the last time a comedy surprised and intrigued me so often and so regularly before Eleanor (Kristen Bell) took her first steps into Michael’s (Ted Danson) office.  I haven’t seen a show take its own silliness this seriously since 30 Rock, and I’ve got to say, it is forking delightful. The amalgamation of ideas and religions that is the show’s afterlife is elegantly inoffensive, and the visuals and music are both in perfect sync with the show’s unassumingly peaceful theme.  The cherry on top?  Janet.  Everyone’s got their favorites, and trust me, Eleanor, Chidi, Tahani, Jason and especially Michael (Ted Danson) all have a special place in my heart, but I’d send each and every one of them to The Bad Place for Janet -- no questions asked.  D’Arcy Carden (pictured at top with Danson) was definitely funny as the ever-chipper Personal Trainer Gemma in Broad City, but she truly shines here as “Busty Alexa.”  #TeamJanet 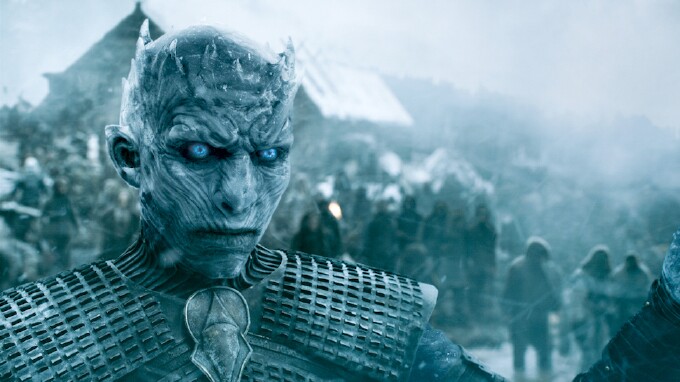 For whatever reason, I willfully avoided this show for six seasons before I started watching it. Devouring it is more accurate.  Now that I’ve seen every episode to date I want a timeshare in Winterfell.  I’m strange like that, but I’m sure you’ll agree that Game of Thrones has everything: zombies, magic, giant wolves, huge battles, power struggles, comedy, HBO’s trademark nudity and, of course, dragons.  Does this mean I’ll be sitting down with my nine-year-old and watching the Red Wedding episode?  No, because therapy is expensive.  I will, however, use it to scratch the nerdy spot on my brain that tingles for anything sci-fi or middle earth-y.  I will definitely revel in its ability to make me love a character I hate, and hate one I loved.  I still have so many questions!  Is Daenerys going to die in Season 8?  Is Cersei really pregnant?  Who’s going to win “CleganeBowl”? And what about the ice dragon the Night King made?  Does it breathe fire?  Ice?  Obviously, this is the kind of show that one watches, watches a recap show about, and then discusses with a friend while fan theory videos play on YouTube in the background.  I would honestly take a college course on the history of Westeros if one existed.  Game of Thrones is more than a series.  It’s a movement. That’s why it is my No. 1 top-notch show of the year.