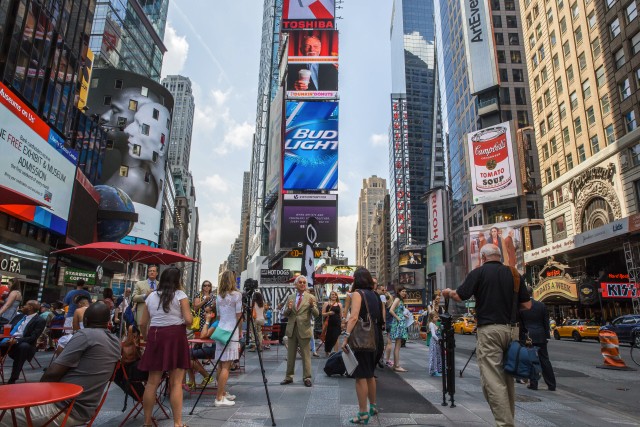 While recently tuning in to an episode of "The Tonight Show Starring Jimmy Fallon" I was pleased to see one of my favorite Friday segments: "Thank You Notes." In the bit, Jimmy starts off by telling the audience that he has been very busy and, consequently, was unable to send out his weekly thank you notes. He asks them if they wouldn't mind if he performed his task right then and there.

To a chorus of approval, The Roots' James Poyser plays some evocative piano riffs, as Jimmy gets out his pen.

"Thank you, peer pressure, for being totally not cool. Unless my friends think it's cool, then it's pretty cool, I guess," he begins to jot down. And another gem: "Thank you, oatmeal, for looking like I already ate you before I eat you."

But on this particular Friday night, Jimmy came out with this one: "Thank you, Turtle Wax, for sounding like what the Ninja Turtles get before swimsuit season."

Being the attentive media executive I am, I smelled product placement a mile away. Could it be that included in NBC's media pack for "The Tonight Show" was the option to "sponsor" a Thank You Note? I did some digging and, as it turns out, the broadcast network did not miss a beat in capitalizing on a moment of profitability.

It was beautiful, consistent and flawless. NBC deserves a medal for the pseudo-poetic way it understood, harnessed and exercised the growing phenomenon of "native advertising." Simply put, native advertising is when brand messaging is incorporated seamlessly into normal content that people are already consuming. And the craftier the advertiser is, the more undetected it goes.

I've searched back over the archive of "Thank You Notes" and found many more examples where advertisers have clearly taken advantage of this media option, and to their credit, I never even picked up on it.  And that is the point.

I'm a big fan of this type of messaging. I believe ad fatigue is a real thing -- we media types cannot pretend it isn't happening. The online channel's answer is to simply falsify the media impressions and clicks so that advertisers cannot see just how bad it's getting, but people really are turning off to large, static squares invading their space.

The irony here is that advertising makes the world go round. Without it, we wouldn't have easy access to our favorite apps, news, films, entertainment, or essentially any content that makes life worth living and drives our culture.

But that doesn't mean that advertisers cannot compromise and address these shifting mindsets by innovating with how their media is bought, placed and served.

Out-of-home -- a particular favorite channel of mine -- is no different. With the explosion of digital screens in the market, you could walk by a sign that shows the latest celebrity gossip and, directly beneath, ogle at how much Kylie Jenner's similar outfit costs at Target.

Or, you could see a digital roadside billboard with live traffic updates -- and, oh yeah, realize that the next Shell service gas station is 23 miles down the highway. And this is true -- you could even have today's connected cars driving by and seeing how much gas is left in their tank on a large screen, as well as how many miles they have left before needing to fill up again.

Those are not ads that people are used to. But, in 2016, we are going to see more messages that don't appear to be ads at all -- ones that compel you more than static messaging ever did; ones that connect and engage with the brands that ultimately enable the content we couldn't live without.

The best analogy I can think of for describing the interruptive power of contextual messaging is when you hear your name spoken from across the room in a crowded and noisy bar. It pierces the roaring ambience and is the one word you notice because it -- your name -- holds a very specific significance to you.

Marketers need to recognize that native advertising is possible in the out-of-home space and, in taking a dynamic approach, will enable a whole new dimension of user engagement and awareness. The canvas is there, the rich data and the cloud it resides on is there. Now it's up to advertisers to unleash the power and take advantage, especially in the coming year.

Specialist in emerging and converging media landscape, with a focus on technology-enabled OOH-to-online bridging. After the acquisition of his independent social and mobile technology agency by advertising giant WPP, Mike took his experience of bridging t…