That Time When "The Partridge Family" Deconstructed Feminism 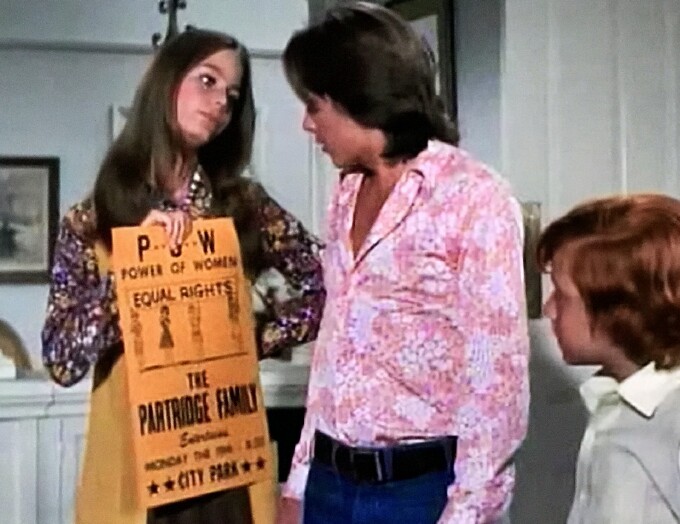 It's funny how television works. I was watching an episode of the classic sitcom The Partridge Family the other day (on the essential retro network Antenna TV) and wound up thinking about the outstanding FX on Hulu limited series Mrs. America, which made Millennials and Gen Z'ers aware that as recently as the '70s the idea of women being treated as equal to men was not universally popular. (In fact, many thousands of women opposed it.) Mrs. America was smartly centered around Phyllis Schlafly, the woman at the center of the movement to crush the Equal Rights Amendment during its infancy. (Schlafly and other like-minded individuals ultimately failed, but they did quite a job anyway. The official ratification of the ERA remains a source of controversy to this day.) The episode of The Partridge Family that caught my attention dealt with that exact same issue, but the character at its center was a young man.

We now know that being a feminist is not an exclusively female identifier. Some say men can be feminists, too. But back in 1971, when this episode of Partridge first aired, that idea wasn't even a thing, except, perhaps, deep within the hippie culture. In fact, as seen in Mrs. America, the very idea of feminism was as egregiously problematic as it was earnestly progressive.

I have to imagine that the title of the episode, My Son, the Feminist, raised a few eyebrows when it debuted on December 18, 1971. Partridge is remembered by those of us who were around at the time as a lightweight, tune-filled, consequence-free comedy that paired well with The Brady Bunch on ABC's Friday night lineup. It was hardly issue driven. But viewed today, this episode has me wondering if there was more to the saga of a single mother and her talented children who made their living as a popular pop group traveling about in an instantly iconic school bus. 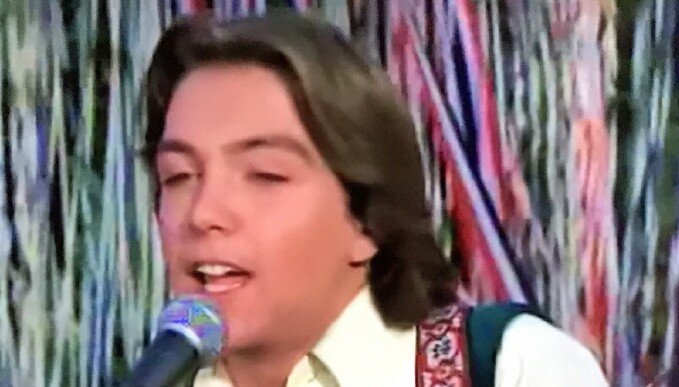 My Son must have rankled a segment of the audience at the time, and I am certain it would do so today, when hyper-sensitivity and the rogue cancel culture that fuels it have people cowering behind closed doors, afraid to speak their minds. The story has teenage Keith Partridge (played by the reigning teen idol of the day, David Cassidy, pictured above) committing the family band to perform at a rally for a "women's liberation group" known as POW (Power of Women), which has enraged another group that calls itself the Morality Watchdogs.

As it happens, Keith's girlfriend of the moment, Tina (Jane Actman), is an outspoken feminist who organized the rally and Keith wants to lend his support, volunteering his family to do the same.

The family, however, is not pleased. Mrs. Partridge (Shirley Jones, pictured below) frets that if they play for POW they will be obliged to play for other groups, as well. 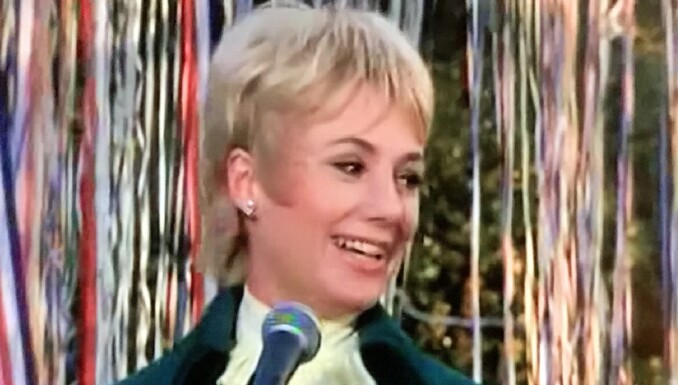 Oldest Partridge daughter Laurie (Susan Dey, pictured at top left) firmly reminds Keith that the family always votes on such things. "I know that 'one man, one vote' is a radical concept, but it's right," she asserts, sounding very 2021. Later, as word of the booking spreads, she needles her older brother. "Keith, we have a booking problem," she says of the rally. "Abbie Hoffman called. So did Lester Maddox. They both want us to play on the same night."

Soon thereafter, the Morality Watchdogs descend on the Partridge house, placards held high, surrounding an alarmed Mrs. Partridge and her older children on their front porch.

"If we want our daughters liberated, we will liberate them!" one woman screams.

"What's wrong with being a housewife?" another cries. (Again, go watch Mrs. America if you haven't already done so.)

"Are you trying to turn our girls into boys?" another protester blasts. "It's bad enough our boys are turning into girls with all that long hair nonsense. It's a plot!"

"I don't think that's what Power of Women has in mind," Mrs. Partridge sternly replies, trying to diffuse the situation.

"All they want to do is throw out those phony double standards and stop women from being treated like second-class citizens," Laurie adds, trying to be helpful.

"I knew it!" a woman yells, pointing at poor Laurie. "This is her fault! She reads!"

"Why don't you go back where you came from?" a man barks.

"This is where we came from," snaps a now pissed-off Mrs. Partridge. "You are the most-narrow group of people I've ever met!" She then declares that the family will perform at the rally. 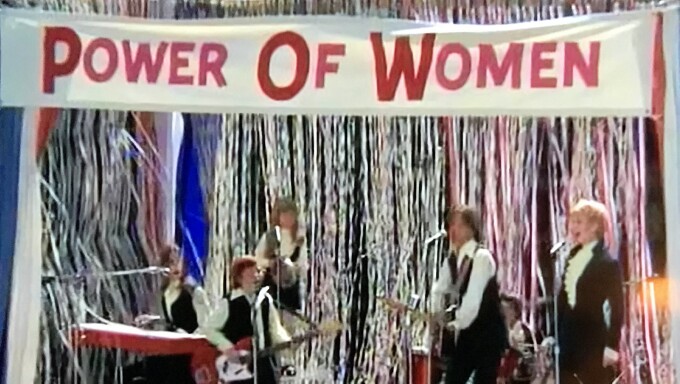 When visiting the Partridges, Tina later proves to be as much of an instigator as the Morality Watchdogs. "The family unit is decadent," she complains. "It's only pleasurable and beneficial to the husband. [It] dehumanizes a woman. It makes her nothing more than a drudge and a child-bearer."

Jovial family manager Reuben Kincaid (Dave Madden) attempts to express another point of view, telling Tina that her logic is flawed because no man has ever had a baby.

"I've never met a man who wanted to," Tina replies. "Why should women be stuck if men wouldn't do it?"

Later, Keith drives Tina home. He's so preoccupied with Tina's strident feminism that, when they arrive at her home he will neither help her off the bus (an act of chivalry she referred to earlier as "a meaningless, condescending ritual") or kiss her good night, which, he defers, would be using her lips for his pleasure.

This aggravates Tina. The next day, at the rally, she complains that he was being rude to her.

"I was only treating you as an equal," he says.

Tina then goes too far, asserting that the Partridges should not sing their signature love songs because she finds the lyrics objectionable and instead demands that they perform a few numbers from the Women's Liberation Song Book.

For Keith, that's the last straw.

"You're supporting a cause, and that's great," he says like the diplomatic fellow that he is. "But nobody censors our material. Censorship is not the path to equal rights." (Again, it's as though the future was calling.)

Tina is furious. "You can't say that to me!" she says.

"You're wrong," Keith replies. "I should have said it sooner."

Meanwhile, the Morality Watchdogs have turned out in force. Keith wants to leave, but his mother won't have it. "The rest of us can't allow one small group to scare us out of our right to free speech, or free singing!" she declares.

Over Tina's ongoing objections, the family takes the stage and sings one of its most popular songs (in the show and in real life), "I Think I Love You." And in true sitcom fashion (back when sitcoms were truly feel-good) the performance not only softens and wins over Tina, but it prompts many members of the Watchdogs to toss their placards and dance with the music.

The family returns home and, as the episode winds down, Danny reveals that he has booked the family to perform at a Morality Watchdogs rally!

Granted, this episode is a half-century old, but given the many lessons to be learned by watching and thinking about it, schools should give serious thought to showing it in classrooms … or in Zoom rooms … as both a history lesson and a commentary on current affairs.