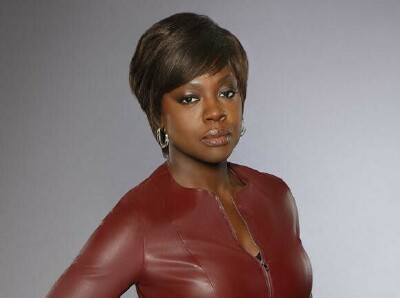 My copy of TV Guide’s annual Fall Preview issue arrived last week … and I didn’t even open it until the following day.

That’s not a dig at TV Guide. I’m still a fan. (I’m one of those people who bought it every week while I was in college even though I didn’t have a television in my dorm room and read it from cover to cover, including the listings – especially the listings – just to keep up.) But I was struck by the fact that the arrival of its Fall Preview, which used to be a major event in my life, didn’t mean much at all.

Truth is, I believe my non-response to be a reflection of the way I’m feeling about the arrival of the 2014-15 television season, which officially gets underway on Monday. It has nothing whatsoever to do with TV Guide (which still publishes the best Fall Preview of all). Rather, it’s all about the fact that there doesn’t seem to be any evident fall-season excitement in the air.

I don’t think this feeling has anything to do with the quality of the networks’ new fall shows. As always, they are what they are; some are likely winners, others certain losers. Some will improve, many will quickly fade away. Happily, there are a handful of genuinely interesting new series among them – including ABC’s “How to Get Away with Murder,” CBS’ “Madam Secretary,” NBC’s “Constantine,” Fox’s “Gotham” and The CW’s “The Flash” – which is more than we have been able to say about recent fall seasons past. Also, there is a certain palpable anticipation for the return of several favorites, especially “The Good Wife” on CBS, “The Blacklist” on NBC, “Scandal” on ABC, “Sleepy Hollow” on Fox and “Arrow” on The CW.

I think the issue here goes to something greater. To be specific, I don’t think the viewing public right now has any real hunger for new product. If this is true, it would be an absolute reversal from the way people used to feel in mid-September, when they were starved for something fresh and original.

Blame a confluence of lifestyle changes, advances in technology, new viewing behavior and shifting audience tastes. Manic marketing on the part of the networks and studios may also be in part to blame.

From what I understand, people were watching more television this summer than ever before, which more than anything probably explains why they likely aren’t counting the minutes until they have even more to watch. The sudden surge in streaming and all the bingeing that has accompanied it has done something that VCRs, DVDs, DVRs and VOD never managed to do, at least on their own. By making an endless amount of content available to people at any time, streaming has made every season of the year a fully formed television season of its own.

I always ask people what they are watching – it’s part of what I do – and the answer I heard the most in July and August was, “I’ve been bingeing ‘Breaking Bad.’” That’s a show that ended its run last fall, yet appears to have been as much a summer sensation in 2014 as Netflix’s “Orange is the New Black.”

In other words, summer is no longer a “down time.” Suffering through that annual dry spell did a lot to generate enthusiasm in the annual fall bonanza. But that’s a thing of the past.

There are other contributing factors at play here. There was more original programming this summer than in any year that I can recall. Even the broadcasters stepped up. I think I enjoyed some of their summer stuff – especially NBC’s “American Ninja Warrior” (the perfect summer diversion) and “Night Shift” and Fox’s “So You Think You Can Dance” – more than some of their in-season offerings. Elsewhere, basic cable outdid itself, with “The Strain,” “You’re the Worst” and now “Sons of Anarchy” on FX; “The Honorable Woman” and “Rectify” on Sundance; “The Divide” on WeTV; “The Musketeers” and “Doctor Who” on BBC America; “Major Crimes” and “Murder in the First” on TNT; “Please Like Me” on Pivot; “Matador” on El Rey; “A Young Doctor’s Notebook” on Ovation; “Project Runway” on Lifetime; “Covert Affairs” and (for a while) “Satisfaction” (until it went soft) on USA and many, many more. Pay cable gave us “The Leftovers” on HBO, “Masters of Sex” and “Ray Donovan” on Showtime, “Outlander” on Starz and “The Knick” on Cinemax. In addition to “OITNB” Netflix delivered one of the most unexpected surprises of the year, a spectacular fourth and final season of “The Killing.”

I have only scratched the surface here, but you get the idea. And then there are all those series from the recent and distant past that are so easy to access on Netflix, Hulu and Amazon that are ready to be enjoyed over and over again at any time.

As NBC used to say about its summer reruns, “If you haven’t seen it, it’s new to you!”

Lastly, I think the mammoth promotion that every new fall series has been receiving since Upfront Week way back in the middle of May could have something to do with the non-event that the new season threatens to become. We’ve been living with them in one form or another for four months. Most of them haven’t premiered yet – and some won’t arrive until October or later – but already as a group they are beginning to feel old, or like something we’ve already seen and passed on. Is there such a thing as TV overkill?

Television has always been a twelve-month-a-year game, even if broadcasters chose to downplay the summer and cable networks tried to avoid competing with them in the fall. But if it wasn’t clear before 2014, it has to be acknowledged that the public has moved way out in front of the business in terms of making entertainment choices and setting its own schedules. Maybe it’s time for the networks to treat every week of the year as a premiere week. That’s arguably what the audience is doing.

Ed Martin is the Editor of MediaBizBloggers. He also writes the Watercooler TV column

for MyersBizNet. Ed has been writing about television for over 25 years. He is a member of the Television Critics Association and the Broadcast Television Journalists Association. Follow him on Twitter at @PlanetEd.