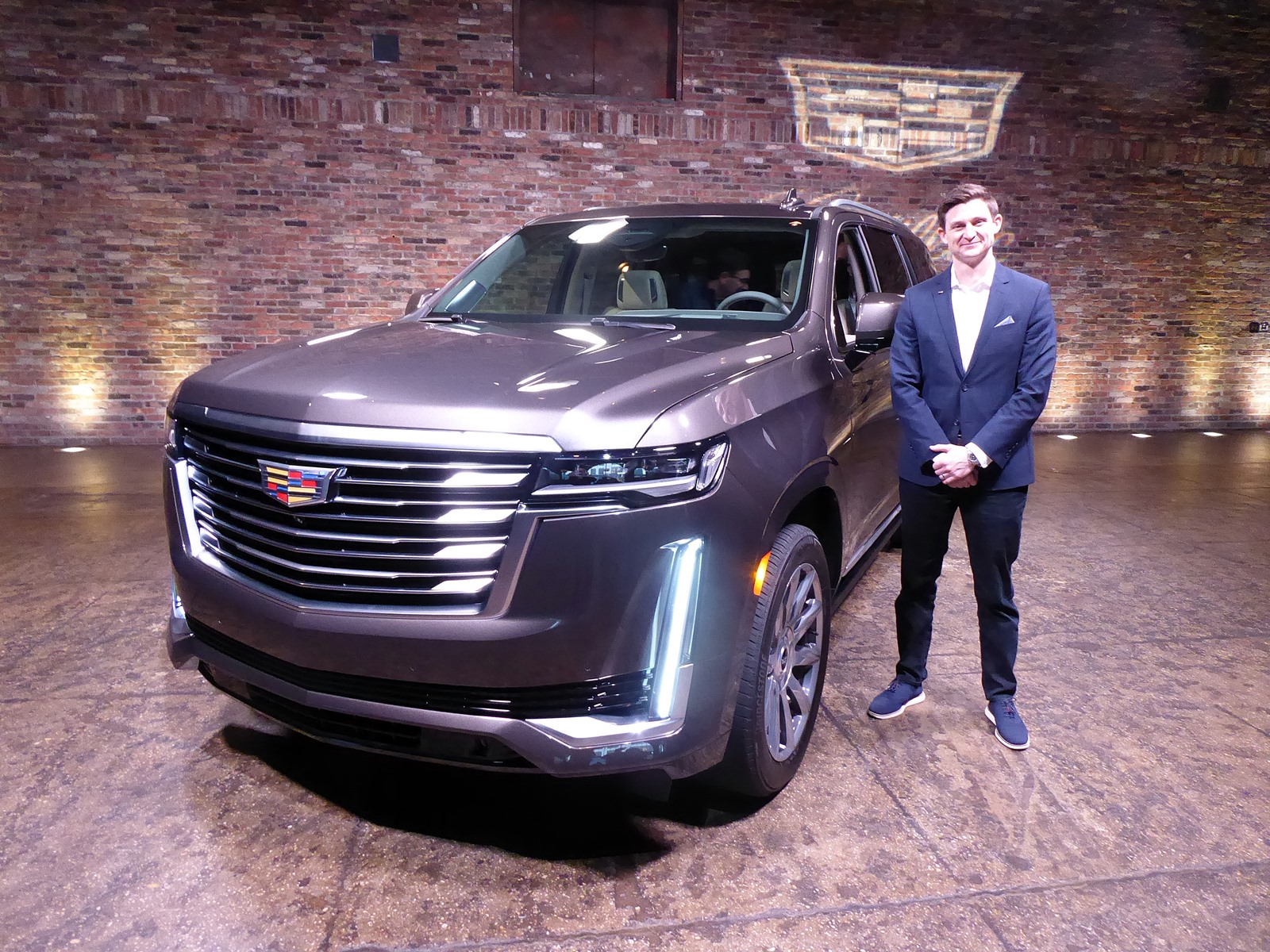 Cadillac brought its 2021 Escalade to New York on February 5 to show off what makes it so distinctive. Along for the ride was Phil Dauchy, global head of brand strategy and international marketing at Cadillac (and a veteran of Kia, Lexus, and Toyota). Dauchy actually lives the Cadillac lifestyle; he owns a 1965 Coupe de Ville with wide whitewall tires.

The brand may be known as the “Standard of Excellence,” but the Escalade, in particular, is also known for its popularity (perhaps fading now) among hip-hop stars, athletes, and other African American celebrities. Dr. Dre had one. “Cadillac officials know they sell infinitely more Escalades to doctors, lawyers, and businessmen than the high-profile set, but they also know that the ‘bling-bling’ publicity generated by sports stars and music entertainers has been priceless,” wrote Jim Meachen and Ted Biederman for Motorway America.

Capturing the magic. That may be what led Cadillac to ask director Spike Lee to direct a two-minute film about the Escalade, first shown on February 4. Here’s a look:

Lee doesn’t offer any actual information about the car, just that you should be “willing to look into the [rear-view] mirror and see the future.” The video hasn’t exactly gone viral, with about 2,000 views on YouTube as of this writing, but it seems to be the association Cadillac wanted. I asked Dauchy, “Why Spike Lee?”

“We sat around and talked about what we wanted: swagger, style versus attitude,” Dauchy said. “Spike Lee is an icon, a pedigreed director, a piece of the fabric.”

Steven Posner, CEO of Greenwich, Connecticut-based Putnam Leasing, has signed up a number of star athletes, and he says that buzz can be fickle. It went “from Teslas to Escalades to [the current favorite, Mercedes] G-Wagens,” Posner said.

Dauchy informed me that Cadillac is the most frequently cited car brand on Lyrics.com. That well could be. I found 3,490 lyric mentions, 16 artists using the name Cadillac (e.g., The Cadillac Three, Cadillac Blindside, Django’s Cadillac, Rita Cadillac, Cadillac Moon), and 56 albums, from Cadillac Daddy by Howlin’ Wolf to Back Seat of Your Cadillac by C.C. Catch.

As Dauchy points out, the phrase “the Cadillac of…” is part of our national discourse. The New York Times Magazine looked at that phenomenon in 2009

“The Cadillac of such-and-such’ became such a popular form of praise in the late 1940s and 1950s that even advertisers of relatively small-ticket items borrowed the brand name to bask in its reflected glory. Hillquist sold ‘the Cadillac of all trim saws,’ a Huffy children’s bicycle was ‘the Cadillac of the sand-pile set,’ Rock-Ola was ‘the Cadillac of phonographs,’ and so on. GM didn’t object to this appropriation, since it only further boosted the status of the Cadillac brand. After all, according to a 1959 advertisement, Cadillac was ‘the world’s best synonym for quality.’

The phrase may not be as common as it once was, but a version of it got into a New Yorker story on opioid addiction last week. It was probably not the brand’s favorite mention. “Mixing an opioid with the sedative Xanax was said to offer a ‘Cadillac high,’” Paige Williams wrote on February 3.

Cadillac tapped an Oscar-winning African American actress, Regina King (Watchmen, The Big Bang Theory), for an Escalade spot that was part of the Oscars telecast this past Sunday. Oddly enough, she also uses the word “swagger” in talking about the car.

“Cadillac has always represented success,” she said. “There's a swagger, a sexiness, to the vehicles. There's also a realness and a sense of ambition that I identify with…. There's a real connection for me with Cadillac, and that is why I wanted to get involved.”

As Meachen and Biederman pointed out, however, the average Escalade buyer is most likely to be a businessman, a doctor, or a lawyer. According to Dauchy, the average family income of a Cadillac buyer is a whopping $235,000, and the age a relatively youthful (for Cadillac) 51. “They’re very highly educated,” Dauchy said, “and they’re into fitness and finance. They’re pioneers who like advanced, cutting-edge technology.”

And that preoccupation — shared by buyers in many age groups — is certainly a big part of the new Escalade, and a huge emphasis in its marketing. This is the second Cadillac model to get the company’s Super Cruise autonomous-on-the-highway system (now with automatic lane changing).

The new car also sports a curved 38-inch OLED electronic dashboard with no less than three screens, plus a first-time playback system from speaker/microphone leaders AKG, with 36 speakers, three amplifiers, and 28 channels. The system is agnostic; you can play “Cadillac Daddy” by Howlin’ Wolf or “Cadillac Song” by Ariana Grande (“Ridin’ round in my Cadillac/Thinkin’ ‘bout the day that I first saw you”).

When the Escalade was at the height of its hip-hop appeal, it became a regular on the hit TV show Entourage. Cadillac loved it, and — in the run-up to the none-too-successful Entourage feature film — sponsored a funny video called “Ari is Back,” co-starring a sleek concept car, the Cadillac Ciel four-seat convertible. Here’s a look:

Cadillac also went whole-hog on the movie, with broadcast and digital media buys, social media campaigns, and sponsorship of the film’s premiere. Unfortunately, the film crashed and burned, taking in only $10.4 million its first weekend in release.

Cadillac is still a potent brand name. The company’s challenge is figuring out exactly how to nurture it and pitch it to the right audience.

Photo courtesy of Jim Motavalli: Phil Dauchy, global head of brand strategy and international marketing at Cadillac, with the new Escalade. “We wanted...swagger, style versus attitude.”

Don't stop now! Stay in the know on auto marketing with more from Jim Motavalli.