The CW at TCA:  “Everwood” and the Power of Emotional Connectivity 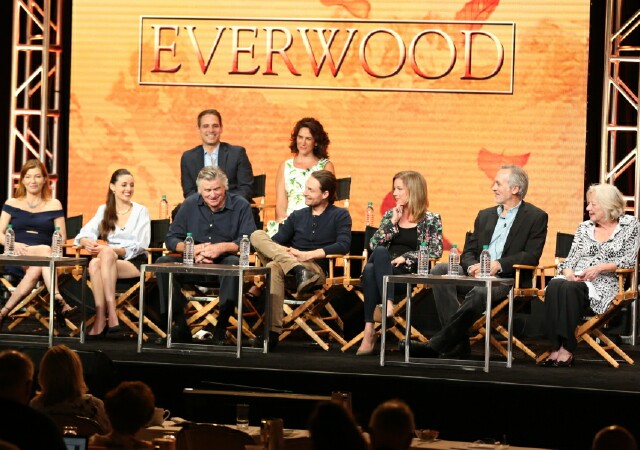 Beverly Hills, CA -- The CW’s day at the Summer 2017 Television Critics Association tour was largely about launching its two new fall series – military drama Valor and sudsy serial Dynasty – and giving a boost to returning series Crazy Ex-Girlfriend (a favorite with the TCA) and D.C.’s Legends of Tomorrow.  But it was a drama that debuted 15 years ago and ran for four seasons on The WB only to be cancelled when the latter merged with UPN that had everyone talking … and periodically sobbing.

The final panel of the day was for Everwood, the drama that largely launched the careers of creator/executive producer Greg Berlanti and stars Gregory Smith (Rookie Blue), Emily VanCamp (Revenge), Chris Pratt (Guardians of the Galaxy) and Justin Baldoni (Jane the Virgin), among others.   It was included in the CW’s day for several reasons:  Its enduring popularity (and that of its cast) with TCA members, the fact that The CW is going to begin running it on its streaming site CW Seed, and simply to call renewed attention to the latter.

It proved to be one of the most popular sessions of the summer tour to date.

Everwood pulsed with contemporary family drama and human emotion in a way no other series had done since the arrival last season of NBC’s This Is Us. Comparisons between the two were inevitable.

Berlanti choked up when he was asked to reflect on the experience of making Everwood.  (Throughout the session, many of his cast members choked up, as well, while classic clips from the show had more than a few critics misty with nostalgia.)  “I’m sorry. This is an emotional day for me,” he began.  “The show obviously was about coming of age.  I was so lucky that I made it when I did, at the beginning of my career.  I’m very blessed.  I’ve been really proud to work on a lot of things I’ve worked on since, but I think probably people that know this show probably know me better, in that way.  It was very personal. And every four or five years, I try and do something that’s as personal again.

“But it was dealing with a lot of themes from that point of view, at that moment in my life that were resonant to me -- getting out of high school, how to navigate life as a single parent, [things] that the [Everwood] community was dealing with.  I wanted to put on television subject matter that was in the news, but not necessarily reflected in dramas.  I think the cornerstone of it was this notion that tragedy makes us real, you know, and that we suffer tragedy, and we overcome it, and we become, you know, richer, deeper, more meaningful people.  I hadn’t suffered a lot of those things when I was 29 years old and wrote this show.  I’ve gone through a lot of them since.  I think about how differently I see things now than at the time [we made Everwood].   I was really blessed to create it.”

Earlier, the day kicked off with CW President Mark Pedowitz (pictured below), who began by joking, “I can answer the Supernaturalquestion now:  ‘As long as the boys want to do it and the ratings hold, Supernatural will stay on the air.’”  He was referring to the question asked of him at every TCA tour about the seemingly unstoppable horror drama, which actually began its run on The WB two years after Everwood began.  It is the only first-run show on The CW today that began its life on either The WB or UPN. 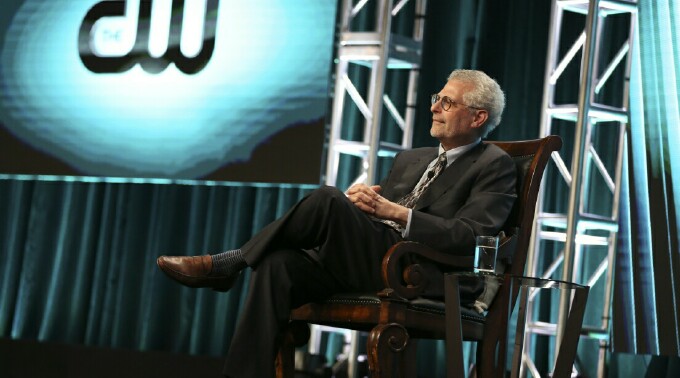 There was much interest in Valor, which is one of many military dramas set to debut on broadcast and cable networks in the months ahead.  (The others include Seal Team on CBS and The Long Road Home on National Geographic.)

“Valor is extending The CW brand,” Pedowitz said.  “I’ve wanted to do [a military drama] for the last six years.  This is our third attempt to do one.  We believe we have the right mix for the show now.  At the end of the day it’s going to be a great soap, on top of it having a military background.

“I found, when I was involved with ABC Studios doing [the Lifetime military drama] Army Wives, people wanted to see these types of shows,” he continued.  “I have always felt military shows worked.  In this very fractionalized country, more people support the military than not and will give a show like this a shot.”

Although it is also a soap, Dynasty – a remake of the monster hit from the ‘80s -- is another animal altogether.  Critics wondered why The CW is interested in adding it to its schedule and whether or not the young audience the network pursues is even aware of the original.  “The answer to that question is when Josh Schwartz, Stephanie Savage and Sallie Patrick came to us with the pitch [we weren’t] going to say no to them,” Pedowitz explained.  “Sallie came off Revenge.  Josh and Stephanie’s pedigree with The O.C. and Gossip Girl is impeccable.  They can put a new twist on a brand that [Dynasty creators] Richard and Esther Shapiro did back in the ’80s.  It’s about the 1 percent of the 1 percent.  It’s fun.  It’s escapism.  We thought, as part of our mix, we’re losing Vampire Diaries, we’re losing Reign, [and] we want to keep more women watching us.”

But why not a fresh new serial, critics wanted to know?  Why yet another reboot or retread, a trend that is sweeping broadcast television of late, generally with less-the-spectacular results.  “Dynasty gives us an IP,” Pedowitz noted.  “It gives you a hook to at least get the conversations going.  We know that there’s an audience for it post-45.  For those younger than 45, it becomes a question.  Is this a new show for them?  We hope it is.”

Pedowitz was asked if he shared the opinions expressed by Turner’s Kevin Reilly earlier in the tour about an inevitable contraction in the number of networks vying for audience attention today.

“All I can tell you is for many years since I’ve been in the industry, from a broadcasting point of view, they’ve been saying broadcasting is dead,” he replied.  “It’s far from dead.

“I think cable is going through contraction[s],” he continued.  “We’ve seen this before Kevin came out and spoke about it.  There will be contraction.  It’s just the nature of the beast.  But the one thing I am confident of is that the way The CW is situated today as a multi-platform player, it’s going to be around for a hell of a long time.”