The CW at TCA: "Supernatural," "Arrow," New Digital Strategies and Much More 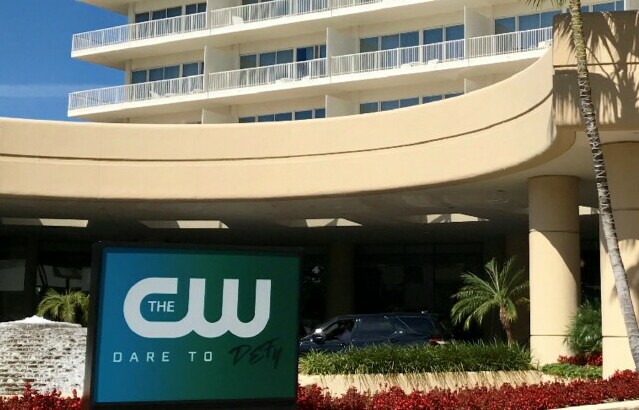 Beverly Hills, CA -- The CW has always been an active participant in Television Critics Association tours, but it hasn't always delivered a complete day of panels, meet and greets, etc.  In fact, it often occupies only a half-day at TCA, sharing real estate with coporate cousins Showtime or CBS All Access, or at Winter tours the Golden Globe Awards.  That changed this week.  The CW typically does a fine job with its presentations, taking a creative approach to many of them, but even its own executives noted that it hadn’t put together so full a TCA day and night in 11 years.

Even though it only has two new series premiering in the fall -- Nancy Drew and Batwoman -- the network produced a full-day of must-attend panels that had the TCA elders thinking about tours of yesteryear, when every minute was made to count and schedules were meticulously constructed to deliver maximum results.  And it wrapped things up with a party at a nearby restaurant that gave TCA members a chance to meet, mingle with and interview executives, publicists, talent and producers.

That’s TCA the way it ought to be.  Since its inception in the ‘70s, the organization's tours have always offered broadcast and cable networks, and now streaming services, a one-of-a-kind opportunity to generate publicity for all the shows on their schedules, including news, documentaries, specials and original movies.  And now, in the era of social media and digital communication, brand reinforcement and marketing strategies also benefit if the presenting entities are at the top of their game.

The CW certainly demonstrated thorough knowledge of this. 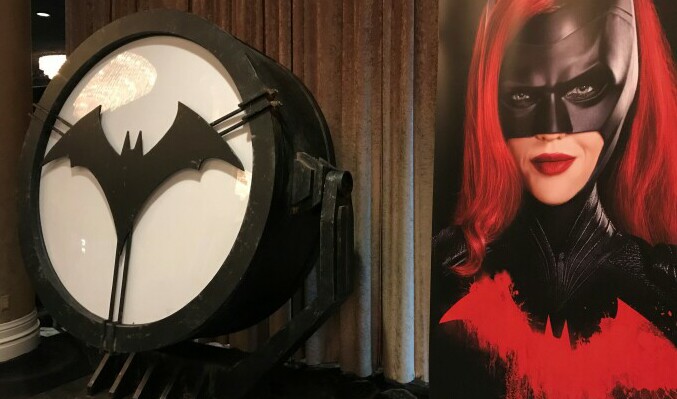 Before its day was through, in addition to supporting its two new series (including a display of the official Batwoman signal in the lobby of the Grand Ballroom at the Beverly Hilton Hotel) time had also been spent on the upcoming second season of All American, which didn’t generate huge ratings during its first but proved itself worthy of ongoing network support; the Riverdale spin-off Katy Keene, which is set for midseason; and two legacy series that are headed into their final seasons, Arrow (which started the tsunami of D.C. Universe superhero shows that have largely defined The CW in recent years) and Supernatural (which started life on the long-defunct WB network).  Several other series (including Roswell, New Mexico) were represented in a panel with four diverse directors.  And even though their shows were ending, Arrow star Stephen Amell (who hasn’t been seen at a TCA panel in years) and Supernaturalstars Jared Padalecki, Jensen Ackles and Misha Collins attended their panels and stuck around for the CW’s party that night, staying longer than many TCA members, who had stories to write about The CW sessions and pilots to screen before ABC’s day began the next morning.

The day started with a press conference with CW president Mark Pedowitz, now the longest-sitting broadcast network president in the business, and certainly one of the most respected.  That's because, among other attributes, he appears at every single TCA tour to take questions from the press.  (Not all broadcast network presidents do that but, again, it’s all about The CW knowing how to maximize its time at these things.)

Interestingly, in response to a question about one of the network’s summer series, Pedowitz noted that The CW has 13 first-run series on its schedule this summer, including four that started “in-season” and ran into the summer, and three yet to come in August.  I don’t think many reporters in the room knew that.  The fact is, The CW could have scheduled a very full day with its fresh summer series only (minus one for the departed Jane the Virgin, which had a farewell panel last January during the Winter 2019 tour).  He said the network will take a “hard look” at how all of this original programming performed this year before determining what it is going to do in summer 2020.

Asked what new mega-parent WarnerMedia thinks of The CW, Pedowitz replied that he has been told WarnerMedia and co-parent CBS are “very happy with where The CW sits.”  By way of explanation, he said, “We have a unique brand.  We have a unique platform that works across the board for both parent companies.  So as far as I know, we’re in great shape.”

In terms of specific programs, he remains bullish on the drama In the Dark, which “had a pretty fabulous out-of-season run with Netflix.  Charmed did okay.  Legacies did really, really, well.  All American was a phenomenal hit, comparable to Riverdale.  In the Dark is following just behind that, and it’s growing by leaps and bounds.  The big challenge we’ll have is similar to what we faced with Riverdale a few years back.  [We have] to take the Netflix viewers and bring them back to the linear channel and cwtv.com.”

Streaming has played a huge role in The CW’s success, starting before everyone else got into the game with cwtv.com and continuing through the network’s association with Netflix.  But with new streamers appearing every year, including CBS All Access and the upcoming HBO Max, the playing field is getting crowded and somewhat cloudy.

Pedowitz clarified the matter, to the degree that it can currently be clarified.

For the new shows the situation will be different, he noted.  “Katy Keene and Batwoman will go to HBO Max, and Nancy Drew will go to CBS All Access out of season.  How our parent companies decide what goes where for out-of-season is their call, but we will have, for those three shows, an ongoing stack.   Therefore, we will be marketing differently.  We will be promoting differently.  Digital will promote back into linear.  Linear will promote back into the stack.”

Not everyone was completely clear on what was going where, and when, and why.  But there was no question that The CW was well-positioned among all things digital, and that it had done a great job at TCA cutting through the approximately 150 panels and presentations here to get its messages out.

The opinions and points of view expressed in this commentary are exclusively those of the author and/or subject(s) and do not necessarily represent the views of MediaVillage.com/MyersBizNet, Inc. management or associated bloggers