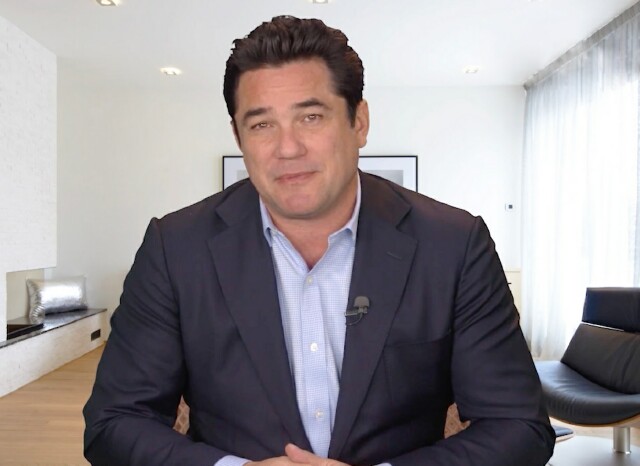 As 2020 continues to be the year we'd collectively like to erase forever,  for every moment fraught with despair, uncertainty and frustration there are others that reach the opposite end of the emotional spectrum: Namely those of humanity and heroism as provided by frontline workers who selflessly keep the country going and largely go unheralded. Thanks to The CW, those unsung heroes will be given a voice on December 30 in a new special entitled Heroes on the Frontline. Hosted by Dean Cain, this one-hour snapshot of this shared moment in history serves as a poignant celebration of the resilience of the human spirit, and how in the face of adversity, as a race united we are better together.

"I was instantly on board," Cain (pictured at top) told MediaVillage in an exclusive interview about his participation in the special. "I'm well aware of how important our first responders and everyday heroes are. I played a superhero, so I understand when people look at superheroes and go, 'Wow, that's Superman, and here's what Superman does to save the day.' But even Superman did little things, and it's those little things that make people heroic, [like] being a cashier at the supermarket and facing this very uncertain situation we're in with this virus, and all the fear running rampant.

"So many people are out there unsure about what's going on yet risking their very health to serve others," he continued. "To me that's heroic and they should be celebrated. The truth is, [most of] the heroes I meet -- and I've met many -- don't ever consider themselves heroes. The definition of a hero is an ordinary [person] in an extraordinary situation, and how [that person] reacts to being in that situation. So many people have acted tremendously heroically."

It's the message of selflessness that creates the through-line of the special. Indeed, the message of "H" for human, and not "H" for hero, is something Cain found uplifting. "I find human beings do have a tremendous capacity to be selfless," he shared. "What I love about this show is it celebrates the positive. I'm an optimist and all about being positive toward things; even anger I'll turn to a positive. I love how [people] have taken this tremendous hardship and turned it into really positive behavior. Something as simple as delivering food to somebody, or playing music out of your window for others, says we're in this together and [we] have that sense of unity. That bonding between humans is fantastic."

Inspired by the daily influx of news reports flooding the airwaves during the pandemic, and while at times sad, the intention of Heroes on the Frontline is to be uplifting. "Initially there was this barrage of grim news about cases, illnesses, hospitalizations and deaths," explained Dan Goldman, the executive producer of the special. "Then we started seeing those inspiring stories of people, whether they were frontline workers, doctors, nurses or just everyday people stepping forward to help, like people handing out toilet paper in the shortage, it was those stories that inspired this show. As the pandemic wore on, and people got weary of everything that made 2020 so awful, we wanted to remind ourselves, and others, that we still have a lot to be grateful for, and not the least on that list are everyday heroes that help the rest of us.

"With tone, we had to strike a balance," he added. "The show's purpose [isn't] to alarm, scare or depress people. We are getting that on the news. It was to refocus and say, 'Hey, we're all going through this terrible thing, but we're all going through it together and here are some things you might find uplifting, inspiring, or hopeful.' Everyone is aware of all the loss and the economic destruction and depression, and while we touch on that, it's not our focus."

"We could have easily done 30 hours just on the tough things happening to people," added Cain. "The number of small businesses, restaurants and things that have gone under is horrific and my heart breaks for them. I wish there was more that we could do, and I wish our government was able to do things intelligently and work together to help. But there's nothing about this [special] that's political. It's really about human beings and staying positive in the face of these unprecedented times. Yeah, it gets tough, but it's also extremely uplifting at the same time."

When it came to producing a special that spans the country during a pandemic, Goldman told me he and the team at Associated Television got creative. "First, we reduced the size of our crews," he explained. "If we were going out to shoot interviews, instead of a producer, a sound person and a production assistant, we said 'Look, we can do this with just a camera operator. They can wire up the microphones by themselves while observing all the protocols of masking, social distancing and sanitizing, all to reduce exposure.' We also did a lot of Zoom interviews, so the interviewer or interviewee never had to leave their homes. I don't think a single person we approached to participate said, 'No thanks.' They understood the value of what we we're trying to do and participated to help."

"If you had told me a year ago this was going to happen, I would have called you names and thought you were insane," Cain said in closing. "If you'd described what was going to happen, I'd have said, 'You're out of your mind, it never could happen, could never happen!' Yet here we are! I really hope this special helps restore people's faith in [others], as it really emboldened my faith in humanity."

Heroes on the Frontline will be telecast Wednesday, December 30 at 8 p.m. on The CW.