The CW Newcomer Theodore Bhat Shines: "In The Dark" 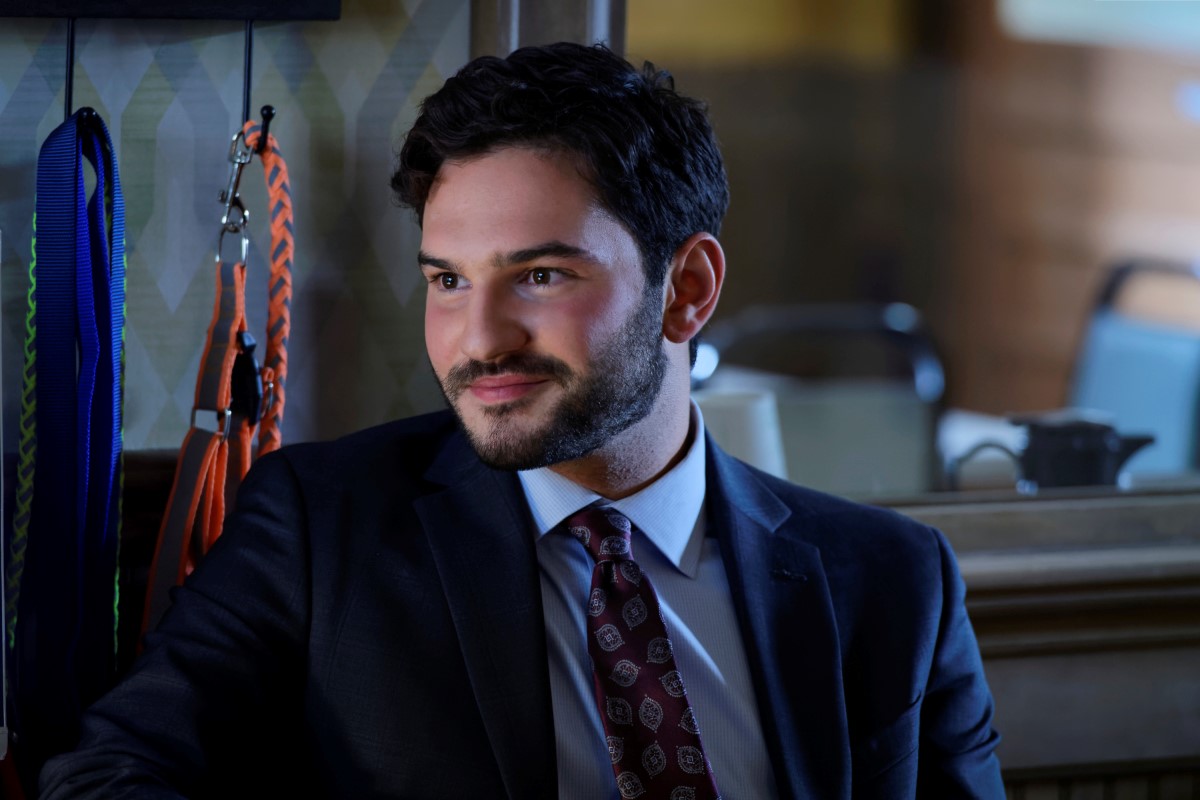 In The Dark is telecast Thursdays, 9 p.m. on The CW. For many actors, getting that 'big break' is a never-ending quest, so when British new-comer Theodore Bhat (pictured at top) saw a post on the job board of The National Youth Theatre in London about a role in the second season of the hit The CW series In The Dark, he thought why not? Little did the 24-year-old know just how fast life would change after submitting an audition tape. "This is my first job acting-wise," he told MediaVillage exclusively from his London home where he's been quarantining with family. "I was doing some amateur theater in London when I heard about In The Dark. The job board is really for anyone who doesn't have an agent, like me, and you can submit self-tapes, usually for British productions. I sent a tape, was flown out to Toronto for a chemistry read with Perry Mattfeld (pictured below with Bhat) who plays Murphy Mason, which was a very nervous chemistry read on my part, and I managed to get the part.

"Afterwards, I quit my job at the local cinema I've been working at on and off since I was 16," he continued. "I found an agent to get my contract done, and the next week I was in Canada working. It really was a whirlwind of an experience. I know it's unheard of, and I'm very lucky and so very grateful for the opportunity."

In his break-out role, Bhat stars as Josh Wallace, an IRS agent whose investigations lead him to Guiding Hope where he encounters Murphy and her band of merry money launderers. However, Josh has an ulterior motive for visiting Guiding Hope after it's revealed he's slowly losing his eye-sight and soon might require one of the guide dogs they train. For Bhat, landing a role with gravitas, on a show rich in diversity, is something he's still in awe about. "At the start, I was more gob-smacked that I even got a job," he laughed. "Flying out for the final audition, staying in a hotel, all that stuff is madness in my mind. So at the start it was like, 'I got this job, and this is crazy', then had to tell myself, 'You're an actor, focus on the job, stop pinching yourself and start acting'. 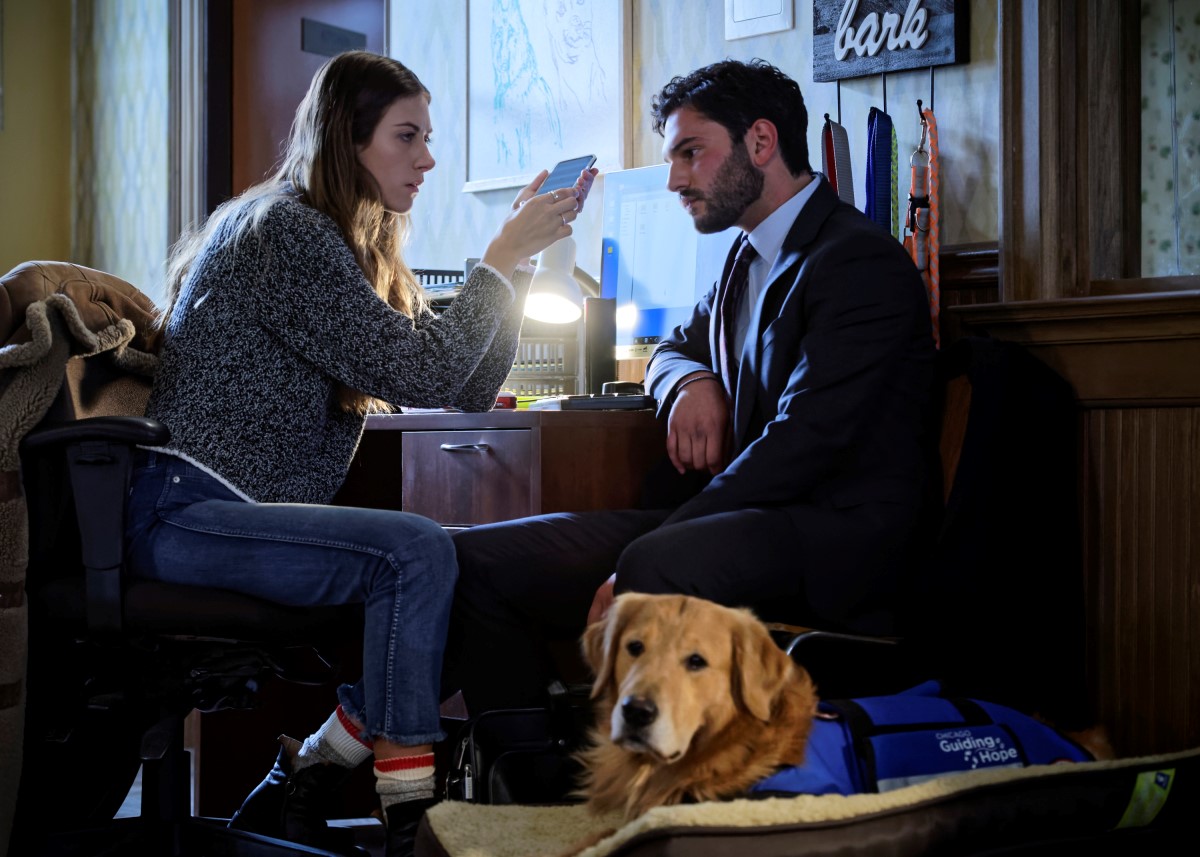 "It's incredible to be a part of a show with so many people from different backgrounds," he added. "And with my first job! I believe that's the direction Hollywood is going in and with everything going in on the world, it's even had me thinking about being mixed race, which I didn't even realize. My dad is Indian, and I just never thought about it. I come from a decent background in southwest London, my parents worked hard, and I'm very grateful. And even with things like my visual issues, there's just no bull-shit on the set, everyone is treated equally and really taken care of. And Perry is one of the most wonderful human beings I've ever met."

Bhat's visual issues are just one of the many traits he shares with his Josh character. While the actor isn't going blind in real life, he's been dealing with sight problems since he was 16. "It stemmed from a stress-induced [episode]," he revealed. "I suffered from migraines and ended up having a double migraine. I awoke one-day and I had these weird visual symptoms, a little like white noise on a TV screen or visual snow. It freaked me out and that added anxiety and led to other things.

"I saw an optician who couldn't find anything wrong with my eyes," he continued. "Who suggested seeing a psychiatrist. They explained it was all in my head. I was told I had visual nystagmus and symptoms of HVPD. All I was trying to do was complete my high school exams, get a girlfriend, the stuff 16-year-olds do, but was also going through some real stuff in my head. I still have the visual symptoms, only I'm used to them and it's something I live with. It doesn't hold me back from anything, but it was a scary thing to have to go through at 16 and caused a lot of anxiety and stress."

Years later Bhat can admit, "It's gotten easier." He can also find humor in the condition, equating it to like living in an 80s music video. "It's annoying at nighttime when I look at a light as it trails," he explained. "And I constantly have Duran Duran's Girls On Film going through my head."

Like Josh, Bhat was also adjusting to a new way of life, just on a Toronto set, where his real-life nervous energy bought an endearing trait to the character. "I think whether I knew it or not, [nerves] definitely came across in the first few episodes," he smiled. "I mean I'd turn up for work and be like, 'What is happening?' I don't think anyone comprehended how shocked I was at the start of this as I really was nervous. But bringing [that] to the situation Josh is going through, who is generally a controlled character but also freaking out about his future, worked."

As we hurtle towards the season 2 finale of In The Dark (next week), Bhat is excited for viewers to see it. "Without giving anything away you can expect intensity in the finale," he shared. "It's on the edge of your seat stuff and in a way very satisfying, extremely entertaining, and there's a good pay-off." With season 3 already green-lit, should his character survive the mounting body count this season, Bhat is all in to return. "It's an actor's dream to be on a series," he said in closing. "I haven't heard anything other than there is another season, and should Josh survive, I'd be over the moon to continue."

Photos courtesy of The CW.