The CW President Mark Pedowitz on "The Vampire Diaries," "The 100" and More - Ed Martin 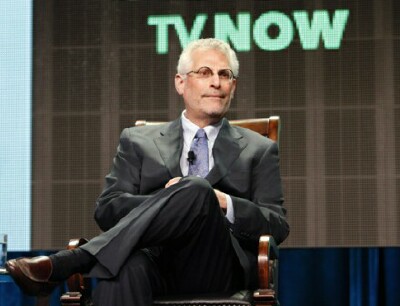 Beverly Hills, CA -- Typical sessions with broadcast network entertainment chiefs at the twice-yearly Television Critics Association tours are generally filled with questions about the industry overall, broadcast television in general and his or her network in particular. There is always a smattering of requests for information about specific shows, but they are usually overshadowed by queries about larger issues.

And then there are sessions with executives from The CW, which are almost always loaded with questions about shows on the network -- and little else. The session last Friday with The CW President Mark Pedowitz was no exception.

For example, the first question out of the gate was about the somewhat puzzling third-season renewal for Beauty and the Beast, one of those series that keeps rolling on and on (like Hart of Dixie, also on The CW) even though it seems that absolutely nobody is paying attention to them except for a handful of writers at one or two entertainment magazines. I could probably count on one hand the number of TCA members who watched a single episode from the second season of that show, or even more than one or two from the first.

"Beauty and the Beast has a very engaged fan base," Pedowitz asserted, to the surprise of many. "It has a very big international following. We brought it back because of what we are as a network as well as the platform for our parent company. It's a very profitable show for everybody. [ Beast is produced by CBS Television Studios, a division of The CW co-parent CBS Corporation.] So that's the reality to it."

Next up was a question about his network's already much-praised fall comedy-drama Jane the Virgin. Are there any worries about it finding an audience on The CW, since there is nothing else on the network quite like it?

"We wanted to open up Monday night, and we knew that we had to move shows around, and yet we wanted some sense of stability in the scheduling," Pedowitz replied. "We knew The Originals was a 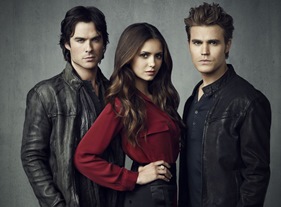 self-starter from last season [and that] we could move [it] to Monday at 8:00. It was our second largest female-skewing show right after Vampire Diaries. And though they're not thematically the same, we thought by delivering a larger female audience to it, we would have Jane at 9:00 [where it would be] the only comedy [at that hour] on Monday nights."

Another reason for going with Jane is The CW's continuing effort to broaden its heavily female 18-34 audience and foster "the perception that we [are] no longer a teenage-girl audience," Pedowitz said. "When we lost Smallville a number of years back, we lost men. So we tried to balance out and broaden out. Arrow was a first step to that; then came Whose Line is It Anyway? Last year's shows were slightly older in skew than they were before. This year, we hope with The Flash and Jane the Virgin [we will] fully broaden out the audience base."

Web site (with embedded ads from their TV runs), something it has been way out ahead of its competitors on for several years. But the question was tied to a dead series: The Carrie Diaries. Reminded by one critic that he once said its streaming numbers were a big reason why Carrie was picked up for a second season, Pedowitz was asked "whether there were any shows picked up this year that got a boost from streaming that convinced you to give them a second shot?"

"We were very proud of The Carrie Diaries," he replied. "We brought it back for a second season not necessarily because of its ratings but because of what its digital presence was. But after a certain period of time, both aspects have to work. You need both aspects. Otherwise, you cannot sustain the show as a model. So that was the rationale. Again, an incredibly engaged fan base, but after a while it just wasn't economically feasible."

The programming questions kept coming. What about that spin-off from The CW's longest-running series (and still one of its biggest hits), Supernatural?

"The Supernatural spin-off creatively did not quite get to where we wanted [it] to go," Pedowitz said. "We

have told [the executive producers] that we are very open to doing another spin-off. We are waiting for them to come in with [a] new idea or concept. I would love to get a Supernatural spin-off done. I think it's a great franchise that has a lot of legs."

And then there was Star Crossed, a moony swoony sci-fi series that came and went this past spring and was mercifully axed (my words, not those of anyone else referred to in this column). Nevertheless, like those who embraced Carrie, this one had fans that were very vocal online.

Was any thought given to bringing it back after all those fans made all that noise about its cancellation?, another critic asked.

Pedowitz smiled. "I did receive 90 boxes of pasta this week," he said, referring to a peculiar fan originated, save-our-show call-to-action campaign on behalf of Star Crossed. "We appreciate the fans and everything they do, and I gather they were upset. There just weren't enough of them to keep the show going forward, and so that's the rationale."

Was that also the issue with The Tomorrow People, another series on The CW that was recently axed?

"Tomorrow Peoplewas a more interesting thing," Pedowitz replied. "[Executive producers] Julie [Plec], Greg [Berlanti] and Phil Klemmer did a great job. The show just did not generate the audience that we hoped to generate, on air [or] digitally."

Another new CW sci-fi series last season was The 100, which caught on quickly and was renewed. "Shows like Star Crossed and Tomorrow People didn't quite work … but The 100 kind of snuck up on people," one critic observed. "What made the difference for that show? What made that one succeed where a couple of the others didn't succeed?"

"[Show-runner] Jason Rothenberg … made a gritty show out of something that was maybe not unique at first, but he made it unique to [us]," Pedowitz explained. "It had a solid following, and more importantly it had a very, very strong digital following. It was only 13 episodes. We ordered only 16 for this year so Jason could do the stories he needed to do in a very quick, fast fashion to get it out there."

As the session wound down, another critic asked if Pedowitz could reveal any details about the upcoming seasons of The Originals and The Vampire Diaries.

"That is a conversation with Julie Plec [the executive producer of both series]," Pedowitz replied. "I would be under penalty of some painful thing if I gave [any information] out. But that said, when it is organic … we'll do a couple of crossovers." On Diaries, he added, "there will be some aspect of Mystic Falls this year that will make it difficult, as the season ended last year, for the supernatural creatures to get in." For The Originals , he continued, "the question will be, can Klaus and Elijah win back the city of New Orleans after they were fooled by the werewolves?"

"How long will it be [on Diaries] until they bring Damon out of purgatory?" the critic breathlessly continued.

"I cannot give you that, because then I will be pummeled," Pedowitz laughed.