The CW's "Batwoman" Is a Fun Watch, But It Needs Work 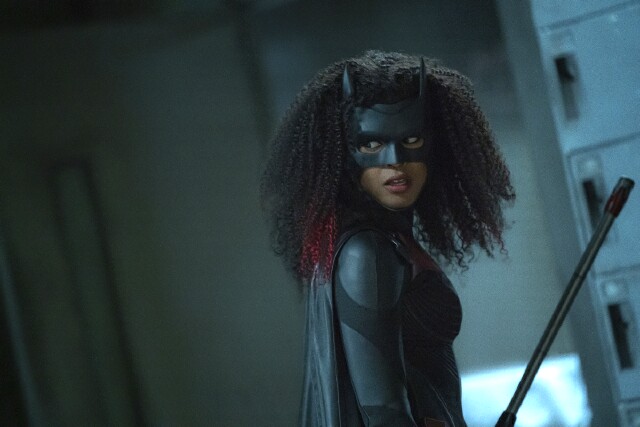 The last time that I broke down The CW's Batwoman, my focus was on how true to form it was. How similar to its comic book origins was it? Which version of the Bat-universe did it draw the most aesthetic inspiration from? Most importantly, was it a fun watch? This time around, things are a bit different. It seems since the sudden and barely explained departure of the show's original star, Ruby Rose, a new hero has been picked to don the cape and cowl. Her defining trait? She black, y'all. Now, I know what you're thinking, and if you're expecting that cringe-y feeling to go away, well, don't. I promise you it only gets worse.

First and foremost, this isn't a terrible show, per se. Like a pizza, there's a certain level of cheese to expect with every slice of any superhero i.p., let alone D.C.'s stuff specifically. We're dealing with superpowers, aliens, and cartoonishly psychotic archenemies -- it's all beyond silly. That said, that's the exact reason that the in-world logic of everything should make sense, and beyond that, the narrative should take its audience seriously (well, as seriously as it can). That's not what's happening here.

Quick recap: After Bruce Wayne and Batman both go M.I.A. for a couple of years, Wayne cousin, Kate Kane (Rose) subsequently returns to Gotham, stumbles across Bruce's secret identity and takes up the mantle of the Bat. Between then and now a bunch of relatively expected stuff happens, including the Crisis on Infinite Earths crossover and CW-level lesbian romance drama, and all in all, that stuff worked. Then, in real life, Ruby Rose's relationship with the show ended. The problem is the show is virtually built around Kate -- her relationship with her stepsister Mary (Nicole Kang), the fact that her sister Alice (Rachel Skarsten) is constantly trying to kill her, her history with her ex-lover Sophie (Meagan Tandy), how her pops Jacob Kane (Dougray Scott) is relentlessly hunting her alter ego … I could go on. Then, like Bruce, the character mysteriously disappears.

And just like that, Batwoman went off the rails.

Introducing Ryan Wilder (Javicia Leslie), this version of G-town's heir apparent to the Bat-throne. Yet another billionaire cousin of the Wayne's, we first see her as she returns from martial arts training in a tundra … just kidding. None of that happens. Ryan is f**king homeless. Okay, okay. Not the greatest start, admittedly, but I'm sure we'll see a training montage or flashback or something that will justify her being so capable physically, right? No? Just a couple of throwaway lines about her knowing karate? Great, great. Well, at least she earns the suit and title of Batwoman as it was passed down to her in a way that makes sense. Wait! No? Oh, I see. She found the suit, and then basically stole it, and then … Yeah.

Listen, I get what's happening here. Over the past year the country's entertainment companies have done their best to be as diverse and pro-P.O.C. as possible, and The CW is no different, but not unlike a bunch of white senators wearing kente cloth, the execution leaves something to be desired.

This means that Rose's departure, however amicable, was unexpected for the writers, as evidence by the Kate-sized void in every current plot line. Is she dead or alive? Did she leave, or was she kidnapped? Is she coming back, or isn't she? Meanwhile, you've got Ryan's character who not only doesn't exist in the comics at all but was obviously created just to fill Kate's shoes in every way possible. Combined that gal order with the implied expectation that she represent for all the black girls, and what we get is a shoddily set up hero-placement who says things like, "and that's for making me sweat out my edges!" Whaaaat?

Javicia, mind you, is definitely doing her thing. It's just the fact that her thing still feels a lot like a Black version of Ruby Rose's thing, all the way down to their shared sexual preferences (none of which is her fault). I still dig the show, meaning this stuff hasn't ruined it for me. I just wish Ryan wasn't a homeless karate expert who's on parole and only has the Batsuit cuz she found it. This wasn't a Miles Morales-level, fate-gave-you-a-similar origin, but you must find your own destiny thing. This is the equivalent of squatting in an abandoned home. You can take care of that house as much as you want, but it ain't yours. (If you don't know Miles Morales, you don't know Marvel's Spiderverse.)

As the season progresses, things have cleared up as they always do, and one tends to forget how we got here, because again, this show isn't bad, it's just silly as hell (sometimes). I think the proper way to do this, instead of shoving every Black stereotype we could find into this one woman, would have been to spend more time establishing her background and concocting a clever way for her to seemingly earn that costume. Additionally, Kate is still too integral a part of the story. How can we be expected to accept this new Batwoman if the old one's name is said 47 times an episode.

Kill Kate, move on, and let Ryan do her own thing. You can't just change the wig.

Batwoman is telecast Sunday at 8 p.m. on The CW.