The CW’s Rick Haskins on How CW Seed Has Bloomed 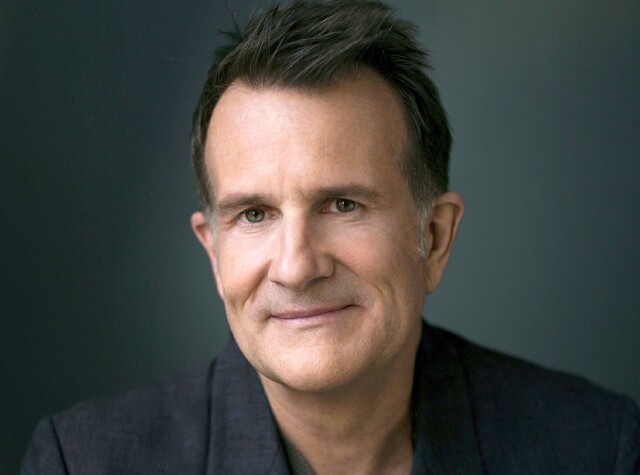 In addition to overseeing all of The CW’s marketing and promotion efforts, Executive Vice President, Marketing and Digital Programs Rick Haskins is responsible for the development and production of new entertainment content specifically tailored for the network’s digital and emerging platforms.  That includes CW Good, the company’s charitable cause-based initiative, and CW Seed, The CW’s digital network, which he helped launch in 2013.  Since being planted, Seed has blossomed, with over five million downloads on a variety of digital streaming platforms.  Seed’s original content is aimed to pair with the linear broadcast network, and on occasion has provided embers that have sparked full-fledged series’ airing on The CW such as My Last Days, a documentary series produced by Justin Baldoni (Jane the Virgin) which successfully made that transition.

Subscription Video on Demand (SVoD) is on the rise as the landscape of television continues to change.  But CW Seed is quite different from the standard paid subscription model, offering users free streaming of the full runs of fan-favorite series like Hellcats, Everwood and Girlfriends, plus original digital content including eSports, the animated DC series Vixen, Freedom Fighters: The Ray and Constantine: City of Demons, the award- 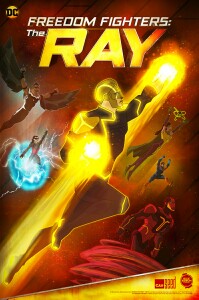 winning musical I Ship It, and the full-length feature Beerfest: Thirst for Victory.

MediaVillage caught up with Haskins to discuss the network's initiatives and to see exactly how Seed has bloomed to become an intergrated part of the ever-expanding CW universe.

Steve Gidlow:  What prompted the need for a digital network like CW Seed in addition to CWTV.com and The CW app?

Rick Haskins:  Seed really came about because we had a corporate off-site retreat.  One of the things that came out of that was, because we felt we were so digital, as was the audience, we would really like to have a digital-only network that would continue to gain learning for us.

Once we kind of figured out what Seed was, three things came to be.  We wanted it [to function] as an incubator [where we could] test new technology, be it a new video player or something like push notifications … basically things we'd like to try before putting them on the digital “mothership” that is CWTV.com.  It would also work as an incubator for new talent, which it has proven fairly successful at being.  An example would be the producers and writers of one of our early Seed shows,Significant Mother, went on to become the writers and producers of the Lucy Hale [broadcast series] Life Sentence.  And one of the stars of our show Saving the Human Race, Hartley Sawyer, went on to become Elongated Man/Ralph Dibney on The Flash.

Haskins:  That was the third part of the incubator, looking at new business opportunities.  One of those was getting into the business of finding properties that had been on TV and weren't necessarily the long-running shows that make for successful syndication.  Shows that maybe didn't get as fair a shot as possible, with either one- or two-year runs, but we felt were good creatively.  We also knew the target audience of CW Seed was 21 to 26, so we looked for shows that this audience grew up with.

Here are some stats:  The CW show Hellcats (2010-11) is consistently the No. 1-rated streaming show on Seed.  Going into year three or four of being streamed it continues to do extremely well.  The CBS one-year vampire show Moonlight (2007-08) is also doing very well for us.  The secret to our success there is to find shows that have [similar] audiences to our broadcast shows.  We'll use the broadcast to push to CW Seed and we’ve found the audience does indeed like those similar shows.  We used The Vampire DiariesandThe Originals to push to Moonlight, while Crazy Ex-Girlfriend and Dynasty are perfect for Hellcats.

Gidlow:  What are some of the strategic moves of CW Seed?

Haskins:  I look at it in that we have digital properties, the biggest and most important being CWTV.com, where we stream all our hour-long broadcast dramas.  There's definitely a show-by-show bias as to what streams well and what doesn't.  Interestingly the one that streams best of the trifecta is The Flash.  It performs well from a linear perspective and from the delayed perspective.  It’s also right up there with Riverdale for streaming on digital.

With our younger viewing audience, Riverdale performs strongly on this platform.  Another interesting tidbit is, about 50% of the streaming audience for Riverdale is on mobile devices. 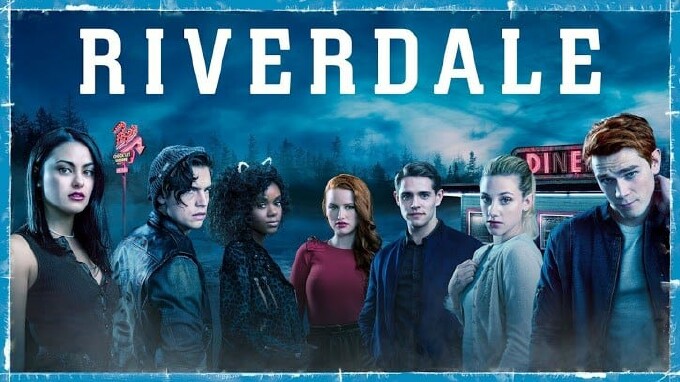 Gidlow:  Has the success of these “syndicated” shows by CW Seed prompted talk of possible reboots?

Haskins:  This is an incubator, so never say never.  We have no announcements, but this isn't the first discussion I've had about this.  It's a great question, and one that we've asked ourselves a lot.  However, there are a lot of pieces that need to go into place like bringing in the original stars who may have moved on.  I'm not sure people want to see 30- or 40-year-old cheerleaders on Hellcats (laughs).

Gidlow:  What are your distribution statistics?

Haskins:  We are literally everywhere, with the only major platform we’re not on being PlayStation.  We have over five million app downloads, while CWTV.com has over 35 million, so combined there are over 40 million.

Gidlow:  Unlike your parent company, and CBS All Access, this is free for all users.  From a profit perspective, why not charge?

Haskins:  We looked at the SVoD model and one of the things we [found] was there are well over 100 digital SVoDs now competing for a very limited consumer space.  I believe a lot of the consumer SVoD choices go to Netflix, CBS All Access and Amazon first.  Then if you want to pick one or two more you have over 100 choices.  It's difficult to get traction that way, and because we do have a younger Millennial audience that has grown up watching ads and understands the business proposition that “if I do watch ads, I get something for free” they're willing to do it.  To us, that felt like it was the right way to go.  I will say for both CWTV.com and Seed, it was the right decision.

Gidlow:  Are there criteria for ad selection for these platforms?

Haskins:  Not being in sales, I can't really speak to that, but I can tell you there are multi-platform advertisers and digital-only advertisers.  On CW Seed, you see a combination of both of those.

Gidlow:  With so many the options, what are some of the challenges in just getting the word out regarding a platform?

Haskins:  The challenge is really building awareness.  I believe we've curated an ecosystem between CWTV.com, our social media and our broadcast network [that enables us] to break through where a lot of our competitors don't.  Maybe they don't have the marketing knowledge to reach out, or the appropriate platform to really build awareness.  I really believe that's the challenge of the myriad of SVoDs -- how do you get the word out to an audience that is interested in what you are offering?