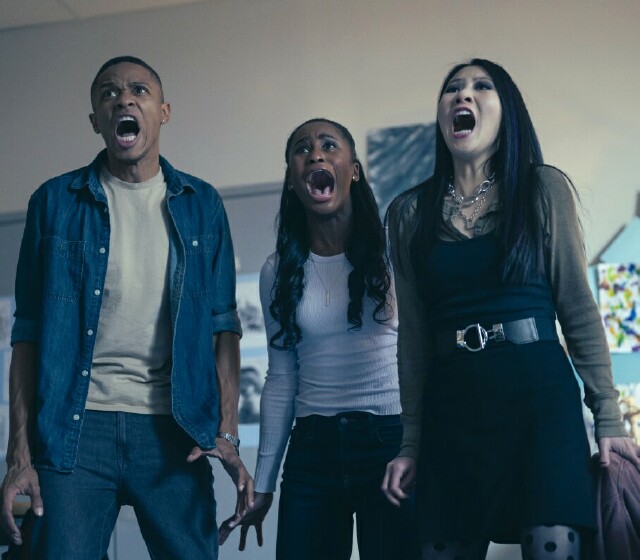 The Two Sentence Horror Stories franchise has always been great at doing a lot with a little, and its second season is no exception. Each half-hour episode of this horror series on The CW usually features a single self-contained story with a beginning, middle and end. The individual narratives exist on their own, although the series still feels connected as a whole. Yes, on the surface, it seems like you're getting exactly what you see -- an innately multicultural take on modern short-form horror -- but another look at recent episodes makes clear that there's a lot more than psychological thrills and jump scares packed into their short runtimes.

Created by Vera Miao, TSHS features a single on-screen sentence at the beginning of each episode, and another at the end, that either subverts the implied meaning of the first sentence or morphs the combined whole into something much scarier. When I first began watching this show, the bookended sentence structure felt like a way bigger part of it all. Nothing about the sentences has changed, but in all honesty, they matter way less this season, at least to me, because the stories are far more interesting than the sentences themselves at this point.

This season (spoilers ahead) opens on a bunch of high school kids doing weekend detention. The reason this Breakfast Club-esque group is being punished is because someone set off a cherry bomb in the school, causing a teacher to activate the building's new "lockdown technology." Besides setting off sirens, barring all the windows and locking all the doors, the system also texts every parent about the lockdown in progress. This, of course, caused a lot of mayhem, which is why this motley crew is in detention on a Saturday. The idea is that the teacher can sweat out the real culprit. (Three of the detained kids are pictured at top.)

The episode, titled Bagman, plays well enough, but unlike many others it doesn't really seem to end. In every other episode there's some kind of conclusion, and it's usually coupled with some kind of dope twist (oftentimes involving a scenario where the victim is the actual killer or something). But this one has no clear ending or twist. Yes, a monster shows up and starts offing kids, but after that it gets a little confusing. It's not that so much happened I couldn't follow what was happening; quite the opposite. The episode just kind of … stops.

There's are mad stereotypes in Bagman, in the sense that each kid present represents a classic high school archetype (jock, cheerleader, goth, rebel, etc.), but in true TSHS fashion each one is subverted by behavior that's more modern and real. (Watch the scene in the art room closet to know what I mean.) Those molds only really last as long as the setup for the plot does, which, in this case, felt like most of the episode.

Now, don't get me wrong, I'm still a huge fan. Bagman is definitely entertaining, but thematically it doesn't have the same oomph as some of its predecessors. By contrast, the next episode, Elliot, has very clear thematic goals, and does a perfect job of combining its main character's real life traumas with the overall lesson of the story: Hurt people don't have to hurt people; it's a choice. 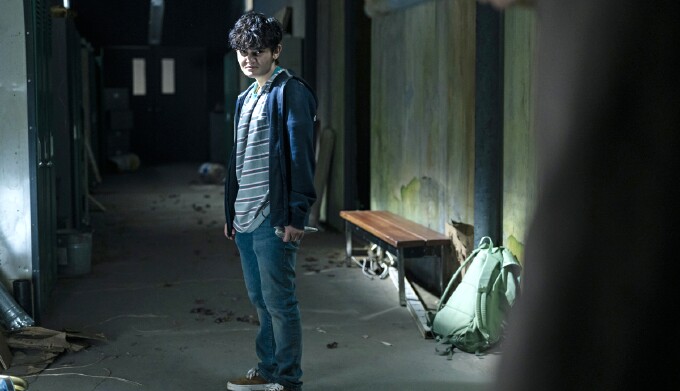 The title character, Elliot, is a transmasculine student who has just transferred to what can only be described as the world's shittiest high school. Except for one of his teachers, Elliot is bullied and ridiculed by everyone, a group that includes both his classmates and his principal. After being harassed a few times, Elliot runs away into what seems to be an abandoned lower level of his new school. There he finds a witch, disguised as some kind of maintenance person, who offers him a trade: his book of music (he's a songwriter, by the way) for an ocarina that causes your attackers to literally feel your pain when you play it. I'm sure you can imagine how the rest of this goes.

The point is that story had all its T's crossed and I's dotted, and it showed. The underlying lesson of standing up against assholes but not at the cost of yourself is right there, and the story unfolds in such a classic way that none of it seems as "on the nose" as it really is. Its only downside is how much it truly shows what Bagman was missing in that respect. Elliot was an entire story.

Small gripes aside, this season is helping shape Two Sentence Horror Stories into its own beast, and it's one that feels as though it's in the same lane as classics like Black Mirror and The Twilight Zone. Coming in at ten episodes (double what it had in season one), hopefully the rest of the season will continue to do the same.