The Death of the Hispanic Adult Demo as We Know It - Jose Tillan-Tr3s: MTV, Música y Más 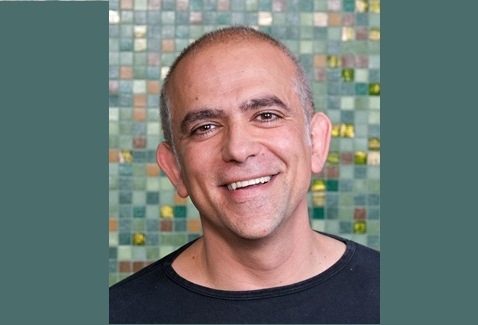 The latest census study reveals US-born Hispanics now dominate the 18-29 adult demographic and are estimated to make up 65% of this demo by 2015. The traditional Hispanic adult demo that we are so familiar with is shifting to become The Hispanic Millennial generation... They are US born children of the huge wave of Hispanic immigrants who arrived in the 1980s and 1990s and are redefining the traditional characteristics typically associated with Latinos in the US.

Tr3s: MTV, Música y Más recently unveiled research that illustrates the significant shift in the attitude and identity of this demo. The study under the bold moniker The Death of the Hispanic Adult Demo as We Know It reveals that Hispanic Millennials thru what they call the 'cultural closet' pick and choose what they add, keep and throw out in their lives.

What are they adding to their "cultural closet"?Hispanic Millennials have added American open-mindedness:when it comes to relationships, they now partner up on their own terms - when they want to, how they want to and with whom they want to (even partners of the same gender). They now want to stand out and be noticed, a change from their parents generation who tended to be less "visible." Technology is also being added, not just for show, but as a way to network and seek jobs. In fact, they have become the "tech police" to their older family members. Technology has become their "Millennial turf" and they attempt to control how much their family members 'invade' this space.

What are they keeping in their "cultural closet"?Hispanic Millennials are holding on to the "trinity of Latino culture": family, music and food. Their strong family ties are maintained as evidenced by the fact that they are living at home longer. Why? A combination of the recession and the "American" delayed marriage/kids life-cycle mentality. This group also maintains respect for parental authority; unlike many of their non-Hispanic Millennial counterparts and they anticipate doing the same with their children, although maybe a little less strict. Even though they go back and forth between 'arroz con frijoles' and 'hamburgers' as well as Lady Gaga and Juanes, music and food both play an important role in defining their 'Latinicity':

What are they throwing out of their "cultural closet"? Hispanic Millennials are abandoning class hierarchies and celebrating working-class virtues. This group wants to become heroes, healers, rescuers as well as small business owners. They are also throwing out traditional gender roles - women are strong and powerful and can be anything they want to be (however, they still would like strong men in their lives who can help out around the house). This group has also rejected the "friends with benefits" trend of the overall Millennials, preferring old-fashioned real-life romance…they want the passion! Shopping habits have shifted away from the traditional 'family outing' and fewer of them now prefer to shop with their family or with their children.

The Death of the Hispanic Adult Demo as We Know It offers insights that take a look at this growing demo through a different lens. The more we understand Hispanic Millennials, the more opportunities leaders in all sectors of society will have to build an authentic relationship with them. By taking the time to take stock of their 'cultural closet' and truly see them for what they are (not for what their parents were) we can all make sure that we don't become 'out of fashion.'

For more information on this research study, contact Luisa Fairborne, VP of Advertising Sales for Tr3s MTV: Música y Más at 212-846-3682 or luisa.fairborne@mtvstaff.com.

Jose Tillan is General Manager and Executive Vice President of the newly launched Tr3s: MTV, Música y Más for the US Hispanic market. He can be reached at Jose.tillan@mtvstaff.com.