By Simon Applebaum February 29, 2016 Tomorrow Will Be Televised Archives 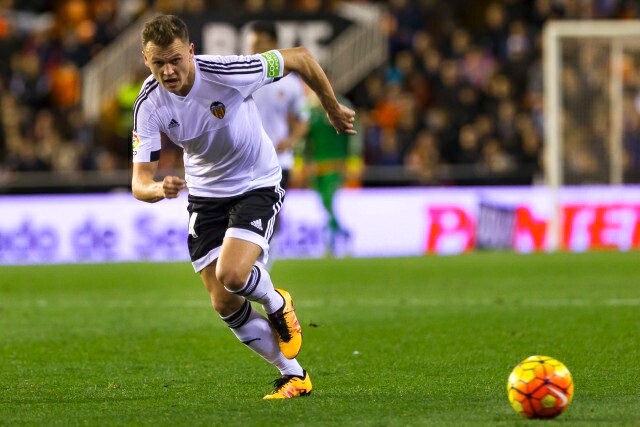 This is a first in a series of columns on the current and future state of Spanish-language television networks.

In transportation terms, "deportes" -- sports programming on Spanish-language television networks -- has graduated over the last decade from a one-lane highway to a two-lane expressway. The signposts up ahead suggest both lanes will widen dramatically for 2016 and beyond.

That one-lane stretch, consisting of soccer from the quadrennial World Cup extravaganza (next originating from Russia in summer 2018) to regular-season league and team play from all over the globe, continues its TV omnipresence. Univision and Telemundo, along with respective sister services Unimas/Galavision and NBC Universo, devote much real estate on their schedules to soccer matches. So do the roster of 24-hour deportes networks such as ESPN Deportes, Univision Deportes, Fox Deportes and BeIN Sports, and all-soccer channel GolTV. However, whether the channel is all or partly devoted to live sports coverage, there's more live time for U.S. professional league and college action than ever.

"The pie is growing," says Juan Carlos Rodriguez, President of Univision Deportes. "The audience is getting super-served by the landscape. We've got competition in this arena and so far, everyone is growing and succeeding."

In the latest demonstration of how far and fast the non-soccer side has grown, ESPN Deportes presented the championship of college football live in January, followed by the Super Bowl last month. It's the first time one Spanish-language network has offered both events live in the same year, within a month of each other. Both were watched by more than 500,000 viewers, according to Nielsen and other rating services.

Fox Deportes ran the first live Spanish-language Super Bowl two years ago, followed by NBC Universo last February 1. In both cases, the presentation had an umbilical cord to their English-language sister broadcast networks. Not in this case. CBS, together with the National Football League, looked for an outside player to keep the deportes streak going. "We were their first call," ESPN Deportes programming Vice President Freddy Rolon reflects. "The NFL wanted to continue the fortune they had the last two years. They wanted a partner, and we made the deal."

Increasingly, adds Eli Velazquez, Executive Vice President of Sports at NBC Universal Telemundo Enterprises, pro sports enterprises from the NFL to Major League Baseball, the National Basketball Association and NASCAR, desire a bigger Latino audience to grow their overall fan base and clout. "We're at the point where the leagues are identifying the Spanish-language opportunities," he says. "They realize how important the Latino demographic, how quickly it's growing and how crucial this is."

"There's a groundswell rising up from the leagues," Rolon notes. "They are getting smarter about reaching out to our fans. Plus all the college conferences are getting smart about attracting Latinos." That's something new in their marketing and advertising playbook, he adds.

For the first time, the majority of 2015 post-season playoff games were carried live on a Spanish-language network. NBC Universo increased its "Sunday Night Football" game schedule last year, and will soon launch discussions with the NFL on fall 2016 plans. ESPN Deportes' "Monday Night Football" audience increased its viewership from 2014. There are still two regular-season possibilities in play: One or more national Sunday afternoon games per week and the "Thursday Night Football" package that NBC and CBS will share with NFL Network this fall. No indications yet whether a Spanish-language breakthrough in either situation is forthcoming.

What's clear is that a variety of other non-soccer activity will increase their Spanish-language presence. NBC Universo has multi-hour coverage of the Summer Olympics from Rio on tap, and it appears that, for the first time, live coverage will take place in primetime. Univision Deportes is checking out opportunities with alternative/extreme sports events, along with auto racing to supplement an extensive Formula One schedule. At ESPN Deportes, Rolon wants to increase college football coverage to include Saturday games from several key conferences on a weekly basis, and more post-season bowl games. His network did all of the "New Year's Six" games (three each on New Year's Eve and New Year's Day) for the first time.

Anyone who believes soccer will step out of this limelight as other options bloom is in for a comeuppance. More games are on everyone's agenda. "We're expanding to satisfy appetites and stay in a leadership position," Rodriquez declares. With Univision's decades-lasting World Cup coverage moving to NBC Universo/Telemundo in two years, the big near-term attraction is Copa America Centenario, the 100th anniversary of a soccer tournament mainstay, usually involving South American teams. For the first time, the tournament will be played in the United States (at 10 NFL stadiums) and the U.S.' own national soccer team could participate. Univision Deportes will carry eight hours of live Copa America programming each day from June 13-27, with the games divided among Rodriguez's channel, Univision, Unimas and Galavision.

NBC Universo and Telemundo will present multi-league games and tournaments throughout 2016, en route to World Cup qualifying matches and the big event itself. Several tournaments from World Cup organizer FIFA were presented last year via both channels, including the Women's World Cup and beach soccer championship. "It's a trial by fire," to take over one of the planet's biggest sports cavalcades after a long run elsewhere, Velazquez admits. "It's no secret we're treating this as a transformational event for the entire company."

Stateside, both Univision Deportes and ESPN Deportes plan to increase their Major Soccer League coverage during 2016, while exploring game rights from countries worldwide. Look for efforts to offer more women's soccer in the wake of the U.S. team's World Cup victory last summer.

For Rodriguez, the widening of both Spanish-language sports lanes should be joined by a redoubling of effort to land more national advertising support. "We all need to collectively push the case that sponsors will have to be on board so they stay relevant among this audience," he says. "Yes we're competitors, but it's important for us as a group to alert advertisers that it's not a matter of how you want to reach us, but when you want to do it."

That matter of when, Rodriguez and his contemporaries clarify, is a matter of now or very soon.