The Elephant That Was 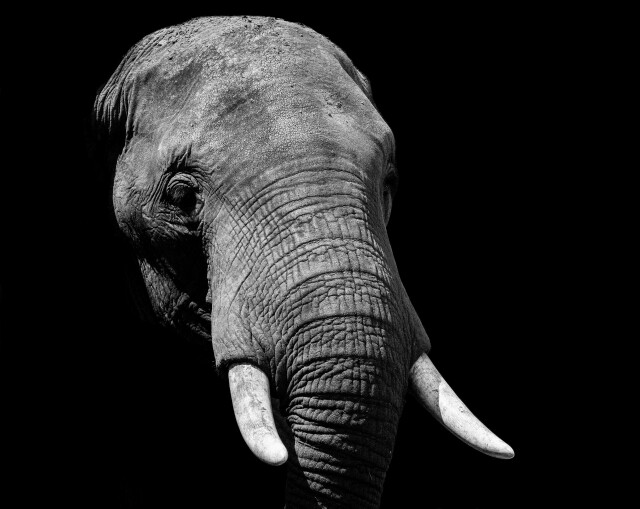 Once upon a time there was a place called Togetherland. It was a happy place where people lived in harmony, helping each other and working together. The farmer would only grow what the land could support; the builder used materials best suited to the climate; the shops sold what people needed. Everyone lived well, doing what they were best at doing.

The King of Togetherland, Louis the Collaborator, known to one and all as LoCal (and that had nothing to do with his obvious need to lose weight) lived well. He was also a great deal smarter than he was given credit for.

The only cloud on LoCal's horizon was a most disagreeable neighbor.

This neighbor, The Prince of all the Specialties, was a self-confessed modernizer, a force to be reckoned with. He knew he had to find a way to extend the territory under his control, to create new work for his countrymen, and more profit for himself and his growing band of friends and acquaintances.

He had always coveted Togetherland -- it was on his doorstep and would, he was sure, offer no resistance to a friendly sharing of points-of-view, or, as he put it (but only to his friends and supporters) "a take-over."

One day, the circus came to town. The Prince loved a good circus, and here was the perfect excuse to visit (or "invade," as he put it). So, he got in touch with LoCal and invited himself and a "few friends" over to the circus.

LoCal had been expecting this. Indeed, he had hatched a plan.

When the Prince and his "friends" arrived, LoCal couldn't help but notice a couple of things. First, the "friends" appeared to be wearing armour and were armed. Second, there were rather a lot of them.

He noticed these things, but he was in no way surprised.

He greeted his neighbor and invited him to join him behind the scenes at the circus. This was a rather small area, and so many of the "friends" had to wait outside. Only four were allowed in to accompany the Prince.

"Now," said LoCal, let's not beat about the bush. "You want to expand your territory; but the truth is we don't want you here, and we certainly don't want any unpleasantness. We would rather you looked elsewhere and left us in peace.

"We are prepared to do what we have to in order to drive you and your friends out of Togetherland but that may turn unpleasant for both of us. You may indeed beat us in battle, or you may not, but whatever happens the outcome would be the same: You would not be welcome here.

"And no-one likes not being welcome.

"So," he went on, "I have arranged a test of skill. Pass it, and we'll stand aside. Fail it, and you'll take your 'friends' and go elsewhere."

The Prince was not just a modernizer -- a man who knew everything about everything -- he was also a big-head. He would never lose a test of skill to such an old has-been as LoCal.

"Alright," he said. "Bring it on. We don't want any unpleasantness; my 'friends' are more skilful than you can imagine. What do they have to do?"

LoCal went up to the four "friends."

"First, you must be blindfolded," he said. "Then you must come with me."

He led the four men behind the circus tent, where stood an elephant.

The first man was brought forward and led to the elephant's tail. "What's this?" asked LoCal.

The man felt the tail. "That's a rope," he said confidently.

The next man came forward. "What's this?" he was asked when he was next to the elephant's leg. "That's a tree."

The third man was led to the elephant's flank. "That's a wall, and a fine wall at that," he said.

Finally, the fourth man was brought to the elephant's tusks. "Those are spears," he said.

Then the four men were led back to their Prince.

LoCal spoke: "You've all reported on what you've just witnessed -- a rope, a tree, a wall and two spears. If you're right, I'll step aside and this kingdom is yours. If you're wrong, you'll leave. Agreed?"

The Prince and the four men were taken behind the tent, where stood the elephant.

The Prince may have been dumbfounded, but he was also a man of his word. "Well played, LoCal," he said. "You've outwitted us, and we will indeed leave you in peace. Just as soon as we've seen the circus."

And the moral of the story? Look around you; being blind to all but what's in front of you means you'll miss the big picture. And without the big picture you won't achieve your ambitions.

May you and yours all have a happy and healthy Christmas!

The Cog Blog will return mid-January.