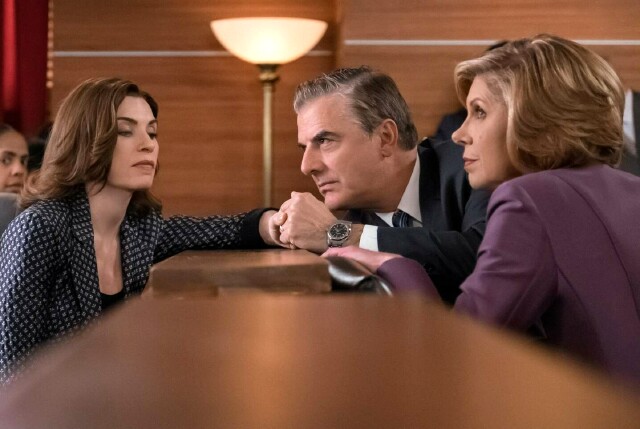 What’s to become of broadcast television now that CBS’ “The Good Wife” has reached the end of its run? It’s an important question, given that this show has been the only network drama series during the last few years that could rightfully and without question be positioned alongside the best that cable channels and streaming services have had to offer. This sad milestone reminds me of those 12 long months beginning in January, 1998, when NBC had just announced that “Seinfeld” – widely regarded at the time as the last great American scripted series (of both the funny and dramatic kind) – would come to an end that spring (around the same time that CBS’ “Murphy Brown,” another important groundbreaker, also closed shop). Pundits decried that television as we knew it was over, and it wasn’t until HBO unleashed “The Sopranos” the following January that the industry exhaled. The magic could still happen. Television has been doing just fine ever since.

Television overall will continue to do just fine without “The Good Wife” even if, for the many millions of us who enjoy sophisticated adult entertainment at the end of the weekend, Sunday nights will not be the same (especially coming so soon after the end of PBS’ beloved “Downton Abbey”). But for years now “The Good Wife” has occupied prime shelf space alongside the best shows that HBO, Showtime, AMC, FX, Netflix and Amazon have had to offer. (I placed it at No. 15 on my list of the Top 25 Shows of 2015, snugly nestled between “Mad Men” at No. 14 and “Outlander” and “Game of Thrones,” which tied at No. 16. It will likely make the list again this year.) It has singlehandedly allowed broadcast television to breathe that rarefied air.

So what happens when “The Good Wife” leaves us for good? (Unless it doesn’t … more on that below.) We’ll see what kind of new dramatic programming the broadcasters have come up with for the 2016-17 television season throughout the week of May 16 during their Upfront presentations (or, more directly and efficiently and at no cost to anyone, throughout the week of May 9 via social media). But outside of ABC’s brilliant but shamefully low-rated “American Crime,” which is a limited series rather than an ongoing one and NBC’s riveting but also largely ignored drama “Hannibal” (the most consistently shocking and disturbing drama series ever seen on a broadcast network) there hasn’t been anything like “The Good Wife” on broadcast television during this decade, and there may never be again, at least among those shows with annual orders of 20 episodes or more.

Some CBS executives have bristled to the last whenever critics described “The Good Wife” as “cable-worthy.” But the description has fit, and will continue to do so, at least until the FCC acknowledges that millions of aging Millennials and the wireless kids that now comprise the burgeoning Generation Z have seen it all (and, in some cases, done it all) on or via the Internet and simply cannot fathom why broadcast television is mandated to remain so repressed. Jeepers, even the advertising community has finally let it go, to the benefit and profit of all involved.

What are broadcasters and their show-runners to do under such punishing circumstances? Well, they might follow the lead of masterful “The Good Wife” creators Robert and Michelle King and their supremely talented cast and crew in creating literate, sophisticated, sparkling adult drama that is edgy, sexy and confrontational without taking the low road, or resorting to exploitative violence, or asserting that viewers do not have attention spans. Don't hold back when it's time to throw a punch.

Along with its singularly sensational writing, “The Good Wife” will be remembered as a sterling showcase for many of the finest adult actors of its time, including its primary cast (led consistently throughout its seven seasons by Julianna Margulies and Christine Baranski, pictured above and at top with Chris Noth), its supporting players (especially Alan Cumming, Archie Panjabi and, most recently, Cush Jumbo) and its outrageously strong ensemble of recurring guest stars -- including Michael J. Fox, Carrie Preston, Dylan Baker, Gary Cole, Stockard Channing, Mike Colter, Mamie Gummer, Martha Plimpton, Rita Wilson, the marvelous actors who played all of those judges and those goofy whiz-kids at the NSA and so many more.

Speaking of the latter, this may be the last time I get to call attention to the fact that throughout its run “The Good Wife” thoroughly and believably incorporated smart observations about the explosion of digital media and knowledge-rich insights into the countless societal issues and legal challenges it continues to create (not the least of which concern personal privacy and the continued corrosion of the First Amendment). It has been the only scripted series I know of to boldly and entertainingly take this on, time and time again -- making "The Good Wife" the most timely and important dramatic program of the millennium to date.

Fueled in part by the show’s creators, rumors continue to circulate that characters from “The Good Wife” might be reassembled and live on in a new series, likely on a streaming service. I have no first-hand knowledge of this, but several weeks ago I ran into one of the series' recurring players at a media event and, with the end of the series in mind, asked, “Are we going to see your character again?”

“Not this year,” came the curious reply.

We can only hope.