The Fact-Checking Trend: Inviting as Many Problems as It Solves 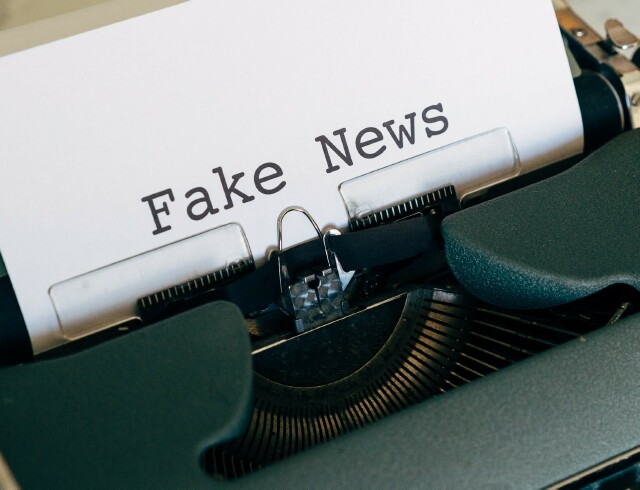 Writing in the journal Political Behavior, Peter Bruno, Melanie Freeze, Jacob Gunderson and colleagues published a recent study questioning the effectiveness of misinformation warnings, as well as the more general initiative of fact-checking.  As has been widely covered, fact-checking efforts have expanded greatly in recent years and have been touted as among the most promising solutions to the phenomenon commonly referred to as “fake news.”

Although few would dispute the desirability of mutually agreed upon facts or information in a democracy, the authors of the study validate the growing suspicion many of us have: Efforts to establish what is indeed actually true and false may cause as many problems as they solve.  In their study, the authors contribute to a growing body of work questioning the usefulness of fact-checking, and I will, in turn, discuss some of the main concerns as I see them.

The first issue is this: How fact-checking is employed, in practice, turns out to be rather selective.  Although some fact-check organizations are more impartial than others, nearly all have their biases.  A particularly strong example took place last month.  Twitter issued its first-ever “manipulated media” warning to a video created by White House social media director Dan Scavino and retweeted by President Donald Trump.  The video, which showed Democratic frontrunner Joe Biden saying, “We can only reelect Donald Trump” was misleadingly trimmed to remove the relevant context.

Around the same time, however, the Biden campaign released a similarly spliced video taking out of context various comments by President Trump.  The Biden campaign’s video was not marked as manipulated media by Twitter, despite receiving the dreaded “Four Pinocchios” from The Washington Postfact-checker (the paper’s highest rating given for incorrect information) and despite Postfact-check video editor Meg Kelly writing, “The Biden campaign isn’t shy about playing the same game of video trickery.”

The second issue is closely related.  Given that new organizations are, in reality, rarely truly impartial, often those news organizations that have fact-checking divisions or teams tend to disproportionately fact-check politicians or groups their editorial team or readers are likely to oppose.  As such, it’s little surprise to see The Intercept, a publication whose senior leadership is unabashedly pro-Bernie Sanders, running fact-check pieces about Joe Biden’s history with social security during the dead-heat of the Democratic primary.  (From what I can tell, The Intercepthas never published a fact-check story of any claim made by Bernie Sanders.)

On the other end of the political spectrum, Jeet Heer (who has written “One thing I like about Bernie Sanders is that he's been right about almost everything for the last 50 years”) published a piece in The Nation (a publication that has endorsed Bernie Sanders) entitled “Democracy Dies From Bad Fact-Checking.”  In the piece, Heer denounces The Washington Post’sfact-checking section, arguing that it has been unfair towards Sanders.  As such, Heer’s piece makes us further suspect that much of the debate surrounding fact-checking is motivated more by politics than by anything else.

Sensing also the entire difficulty in determining which assertions qualify as “facts,” in the true sense of the word, Ben Rowen's 2019 piece "The Politics of Fact-Checking" in The Week drew attention to The Associated Press's fact-check of who was responsible for last year's government shutdown.  "Critics wondered how a fact-checker could assess the assignment of blame, a decidedly non-objective criterion," Rowen wrote.

As fact-checkers continue to expand the domain in which they operate, they find themselves seeking to apply a true-false dichotomy to matters such as assigning blame or assessing degrees of magnitude (such as when aiming to decipher what “preparedness” should mean in the context of assessing claims about responses to the coronavirus).  And interestingly enough some politicians when caught by fact-checkers invoke matters of degree in their defense, such as when Kamala Harris was dinged by a fact-checker for a comment made in a 2019 town hall.  Her campaign responded to the fact-check by arguing that her incorrect claim was not as inaccurate as another claim made by President Trump earlier that same day.

Furthermore, false or incorrect claims are everywhere.  If we embark on the path of seeking to label every claim that is incorrect or misleading (and people begin to rely on these labels), those that are not labeled might be incorrectly assumed to be true.

Raising all these cautions is not tantamount to arguing that fact-checking ought to be entirely abolished or discontinued.  Rather, it needs to retain its proper place in our political discourse and not be overstated as a solution to the all-too-real issue of misinformation or false claims. The simplest solution — as I have argued previously — is to resist the temptation to further double down and solve these shortcomings of fact-checking through constantly tinkering with the process or expanding the number of organizations that do fact-checking; instead, it is to ask consumers of news to do more thinking through of issues for themselves, rather than overly rely on groups to assign labels to claims.