"The Facts of Life" Were All About … Us! 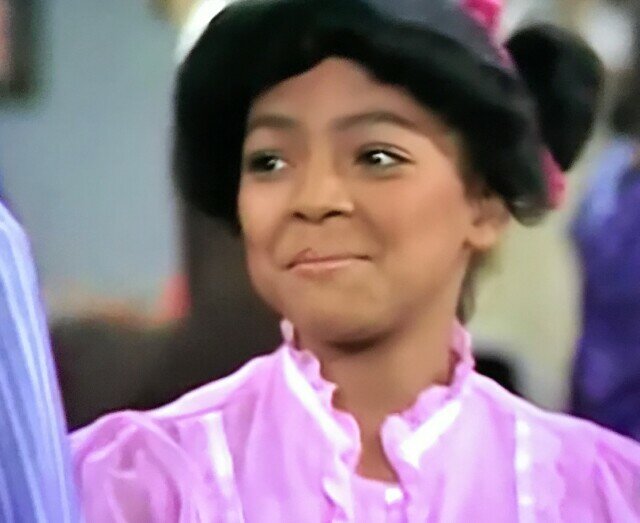 Questions of identity are so common these days one might think they were the result of recent events. But while they've certainly been supercharged by such, they've been around longer than many of the people who are reading this have been alive – or, at the very least, busily adulting. For proof, one need to look no further than key episodes of classic television programs that date back decades. Race relations, economic hardship, gay rights, environmental concerns, equal pay for women … they've all been done before. A case in point: An episode of The Facts of Life from its second season titled "Who Am I?" in which Tootie (Kim Fields, pictured at top) becomes increasingly obsessed with the fact that all of her best friends at the all-girl boarding school she attends are white. "You think it's a terrific thing, giving a Black girl a white education, and white friends," she exclaims at one point. "Nobody cares that I'm going to wake up one morning and not know who I am. Well, I care, and I'm not going to let that happen to me!"

This episode premiered on December 17, 1980. Like so many programs from our shared television past, it still resonates today.

I don't recall The Facts of Life being issue-driven, but like most sitcoms from the '70s and '80s it didn't shy away from certain timely topics, taking them on from time to time in episodes that were often referred to as "very special." I don't know how this episode was received, or if critics paid any special attention to it, but viewed today it doesn't necessarily stand out as all that different from the other 200 episodes in the series' run (1979-88). Rather, it feels wholly organic, with all the characters reacting to the topic at hand exactly as one would expect them to … true to themselves and to their time, if not to ours, which has given it added value with age.

The storyline finds Tootie and her friend Carl preparing for the school's big dance contest, which apparently takes place on a regular basis, because we learn that Tootie and Carl always win and have a following among their fellow students. Enter young Fred, who has a job tending to the school's vending machines. Fred is Black and is not used to seeing other kids like him at the school, so when he meets Tootie he takes an immediate interest in her, as does she in him.

Fred notes that Tootie is living in a predominantly white environment and thinks she should do something about it. When he asks her if she has any "sisters" at the school she replies, "No, but I have two brothers at home."

"Girl, you have to get with it," Fred says. "Don't you know a sister from a sister?" He then asserts that Tootie is living in an ivory tower. "You know what color ivory is," he adds with a bit of snark.

Tootie takes umbrage, defending her friendships. "We're like family," she says of her many friends, who happen to be white. "We're tighter than the Osmonds!"

"Don't you mean the Osmonds plus one Jackson?" Fred asks.

"These girls are my best friends!" Tootie declares.

"Well, good luck," Fred says, dismissively. "When you mix a black horse in with some white ones all you end up with is a confused zebra."

Fred has gotten to her. Tootie decides that Carl can no longer be her dance partner, because he's white. Instead, she chooses Fred. When she tells kindly housemother Mrs. Garrett (Charlotte Rae) about this, she replies, "Are you saying people from different races shouldn't have anything to do with each other?" Tootie isn't sure; she's a young girl suddenly grappling with a significant grown-up issue.

When she discusses the matter with best pals Blair, Natalie and Jo, who don't understand why she's so distressed, Tootie says, "You're all the same and I'm the one who's different. I don't want to forget it."

Tootie then begins to assert what she understands to be her heritage. She's a talented seamstress, and when she makes a new dress for snooty Blair to wear to the dance, she incorporates beautiful African designs. "When I make a dress, I want people to know it was made by a Black person," she explains.

"Great idea," Blair replies. "Put it on the label right next to Dry Clean Only."

This dialogue might be offensive to some people today. In fact, I doubt it would even appear in the first draft of a script. But within the context of the show, it's important to point out that at no time were the girls being mean. They were simply confused by Tootie's confusion. The fact that they all continue to work through it together, each in her own way, is what counts.

As the story continues, Tootie invites three Black female students she doesn't know to join her at the house for lemonade. "I wanted us to get together to talk about things that we as Black women share," she tells them. It turns out they have nothing in common, and while they are all nice to each other, Tootie's gathering lasts about five minutes.

When Mrs. Garrett tells her that Blair, Natalie and Jo are her friends, Tootie laments," They can't be my close friends. They shouldn't be!" She then asks Mrs. G what she should do.

"I wish I could tell you, but the Black experience isn't my experience," Mrs. G replies, today sounding decades ahead of her time.

Sitcom storylines being somewhat predictable, it comes as no surprise later at the dance that Fred has no moves. "Another myth shot to pieces," Jo remarks.

When Tootie makes clear that she wants her original dance partner back, an exasperated Fred asks, "You really want to dance with that white boy?" 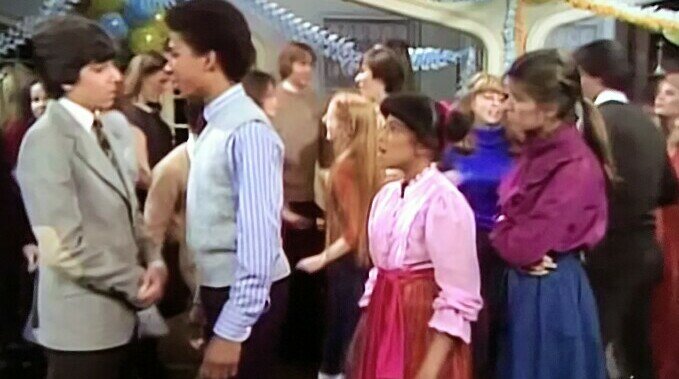 "No, I want to dance with Carl," Tootie answers, finally figuring things out.

Fred looks around at the rest of the party guests -- all of them white -- and sniffs that they can't dance.

Fred is further flabbergasted, until Tootie adds, "I'm gonna win with Carl, but I'm going to celebrate with you!"

The episode ends with everybody happy, dancing, laughing and supporting each other ... the writers likely trusting viewers to think about the story they had just watched and the lessons therein.

For better or worse, episodes of American television series are cultural and societal artifacts. Unlike the invaluable All in the Family, which pulled no punches in the way it addressed the issues of its day and can feel somewhat abrasive today to the uninitiated who have no understanding of the dynamics of the Bunker family, this episode of The Facts of Life plays as gentle and illuminating. I hope kids catch it on Antenna TV or wherever else that it may be available. I hope adults watch it, too.