The Fall TV Season Is a Played-Out Tradition. It's Time to Move On. 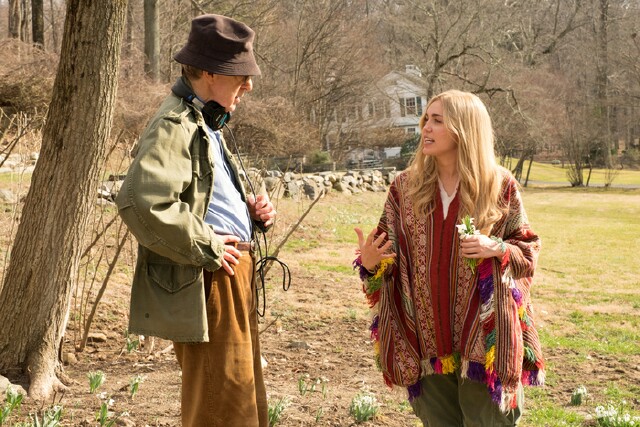 NBC made one of the smartest moves that any network has in years when it decided to keep “America’s Got Talent” as a summer show that builds throughout July and August to several weeks of sensational semi-finals and finals in September – just in time to provide an invaluable promotional platform for its new fall shows, its returning series and anything else to which it wants to call attention at a time of year when there is very little to watch, at least on broadcast television. Now more than ever, it’s a good thing at least one broadcaster has something in place to support its fall season – not for traditional competitive reasons, but because all of the broadcast networks need all the help they can get simply to remind the American public that a new television season is about to begin. Let’s face facts: The "new" fall TV season is an antiquated concept or, to be more accurate, a non-concept to Millennials and, increasingly, the older folks who love them.

As I think back over 25 years of writing and reporting about television, I’m reminded of the countless times that network executives, studio chiefs and beleaguered show-runners gave voice to their deep-rooted resentment of the dynamics of the traditional fall season. To wit, thousands of people toil tirelessly for months (or sometimes years) to create several dozen series that are launched within days (or sometimes weeks) of each other only to see most of them suffer because of the intense, industry supported competition of the fall, when they are suddenly all competing with each other for the attention of the audience and many die early deaths simply because they didn’t get noticed quickly enough.

But – and this is important – the industry never did anything tangible or tactical to solve its greatest problem. Self-destruction remained the order of the day for decades on end.

Now, however, it’s a whole new long-tail ballgame, thanks to the industry changing potential of streaming services and, of more importance, the happy rejection by millions of people of the standard ways of watching television. It matters not when something launches or on what network it appears. They have moved beyond the behaviors of their elders, who adhered to the structure of network imposed schedules and industry imposed seasons.

Anyone under 30 – maybe older – has no interest in a “fall season” (or any season), or more to the point any understanding of what a “fall season” is, unless it involves leaves changing color.

And yet, here we are on the brink of another one.

(This is as good a place as any to note that my god-daughter Delia, who is just beginning her sophomore year at Tufts University, told me a few months ago that the hottest “new” show on campus last season wasFriends – a long-running hit that began in 1994 before she was born. When I quizzed her about last season’s new shows, the only one she had even heard of wasScream Queens, but she had never seen it.)

Here’s what I think will happen in the weeks to come: The networks are going to blow the doors off with the usual cavalcade of new fall shows and returning franchises. Few people will care. Many heads will spin, while a few will roll. This is not because of the quality or lack thereof of the networks’ freshmen series, which collectively are above average. (Only two pilots made my head hurt, and they are both comedies on CBS.) Rather, this will happen because of an absence of oxygen when it comes to the played-out tradition of the traditonal TV season. At least The CW is smart enough to delay its fall launches until October. That isn’t a perfect response, but it is a step in the right direction.

It won’t help matters that the most exciting and highest-rated program of the next two months will be American Horror Story – otherwise known as The Donald and Hillary Show.  Our national nightmare will only intensify as this scary tale careens toward its conclusion. Who will win? What will the winner do to us? Is there hope for America regardless of the outcome? Watch the ratings soar!

Meanwhile, the arrival of the other AHS on September 14 will certainly eclipse everything else that week; give FX and executive producer Ryan Murphy props for keeping the theme of the show’s sixth season a secret in an era when nothing is sacred or safe.

And then there are the premieres this week of the contemporary comedy/drama Atlanta on FX and the compelling family drama Queen Sugar on OWN. They just happen to be two of the three best new series of the fall. (The third is NBC’s This Is Us, a marvel of modern storytelling.) Plus, scrappy Amazon has brazenly chosen to drop seasons of several new and returning series in September, including Woody Allen’s Crisis in Six Scenes (pictured at top), in which Allen, who created the show, shares the screen with Miley Cyrus. It will undoubtedly be one of the most written about new series of the fall.

The networks really ought to follow the lead of cable networks and streaming services and focus more on debuting individual shows at the best time for each of them rather than cobbling them together in the interest of supporting the ebbs and flows of the traditional TV season. Simply maintaining knowledge of everything that is happening on television today is almost as impossible as trying to watch all of it – or even most of it. Even a quick glimpse through the Fall Preview issues of TV Guide and Entertainment Weekly is enough to induce anxiety over how to process the pleasures and punishments of Peak TV.

Why sacrifice or otherwise compromise anything that might be worth keeping and nurturing to an ancient ritual that is so outdated people don’t even respond to it anymore?