"The Flash" and "Jane the Virgin": The CW Has the Hottest Shows - Ed Martin 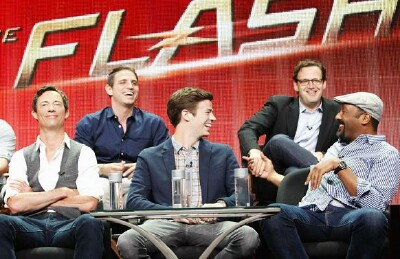 Beverly Hills, CA – In an interesting turn of events – the most interesting in recent memory as far as TCA tours are concerned – the two fall pilots that appear to be the favorites of the critics and bloggers who assembled here for the Summer 2014 Television Critics Association event are both on The CW.

Throughout the tour, the two shows everyone seemed to not simply like but to designate as the best and brightest of broadcast's fall freshmen were The Flash and Jane the Virgin. (Both shows made a splash during upfront week, too.) Certainly, they weren't the only shows that impressed the press: Fox's Gotham and Red Band Society, NBC's Marry Me and Constantine, ABC's How to Get Away with Murder and Forever and CBS' Scorpion and Battle Creek (a midseason entry) also had people talking. But by any measure The Flash and Jane came out on top.

This big love for The Flash and Jane was clearly evident during the network's upbeat session last week, which also included a rare appearance at TCA by both Jared Padalecki and Jensen Ackles of 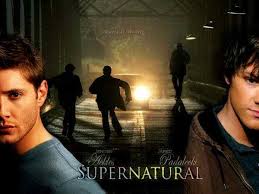 Supernatural (on hand to promote the upcoming 10th season of their show) and a surprise routine by magicians Penn and Teller in which they revealed to all of us how the old balls-under-the-cups trick is actually done. (Penn and Teller have a summer series starting on the network July 30.)

The Supernatural panel proved very popular, as panels for veteran shows always are, but it is the networks' new shows that TCA is ostensibly all about, and on that front The CW was looking very strong indeed. The Flash seems to have won over critics (including those who are not familiar with comic books) with its overall quality, solid storytelling and strong casting. It's not exactly a new or fresh idea considering the cavalcade of superhero series (particularly those based on D.C. and Marvel titles) spreading across the television landscape – but it stands out nevertheless.

The pilot is so strong and the support from the press so thorough that it is going to take a creative disaster of epic proportions for The Flash to derail and flop. That's a huge accomplishment for a show about a superhero whose most distinguishing physical characteristic is that he puts on a red suit and runs real fast.

And then there is Jane the Virgin, a show unlike any other on any broadcast network next season and one perhaps too easily compared to the similarly distinctive Ugly Betty simply because it is based on a popular telenovela and revolves around a young Latino woman. It is best described as a light comedy drama about a young woman who has remained a virgin and is accidentally artificially inseminated and the turmoil that follows for the people not only in her life but in the life of the sperm donor. It seems a bit out of place on a network that currently specializes in shows about superheroes and supernatural beings, but it's a great first step in the network's efforts to broaden its audience scope a bit.

Jane star Gina Rodriguez – a charming young woman who will undoubtedly be one of the big breakout stars of the upcoming television season – spoke with great compassion and intelligence about what it meant to be part of a show like this one, and how much it meant to her to play a Latino woman who does not easily fit any of the current TV stereotypes for people of her background. Her remarks made for a significant contribution to the ongoing discussion at this TCA tour about diversity in broadcast programming. Look for more about that in an upcoming MyersBizNet Media Business Report.

Touching on another tour issue – the growing acceptance of violence in television programming -- I have to note here that I have been a fan of Supernatural from the start, long before the mainstream press began supporting the show. Despite my enthusiasm for this series, though, I was taken aback during the session for that show when Jared Padalecki spoke about meeting young adults ages 16-17 who say things like, "I've been watching Supernatural since I was six years old."

Such comments give Padalecki pause when he considers how long he has been doing the show, he said. They give me pause when I think about six-year olds watching the extreme violence that is on vivid and graphic display in almost every episode.

Regardless, it's always a good thing at a network's TCA tour presentation when it brings in the casts of returning or veteran shows for a session. Too often the networks fail to or are unable to include panels with established shows and stars, many of whom (series, actors and producers alike) are frequently more interesting to talk to than the people involved with new shows.