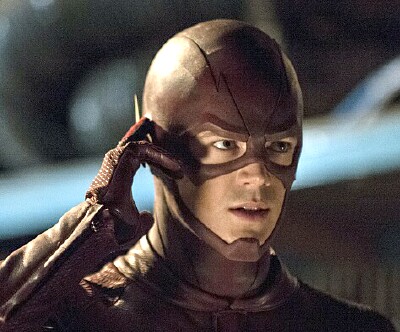 The first part of my list included “The Tonight Show,” “The Good Wife” and others. Here (in no particular order) are five more outstanding choices.

“The Flash” (The CW) – It may strike some folks as odd that I have included a superhero series among my choices for the outstanding shows of 2014. If so they haven’t been watching. With shows about superheroes sprouting across the media landscape like crabgrass in the spring (even Netflix is getting into the act with four upcoming series based on Marvel heroes), and with the annual San Diego Comic-Con fertilizing said growth, this would seem to be a genre that is going to overextend its welcome in record time. But that won’t happen if the producers of those shows pay as much attention to character development as the producers of “The Flash” have done during the first half of its freshman season. This may not be a perfect program, but the grandly entertaining storytelling and the heaping helping of heart and humanity that pulse through every episode make it stand out from the rest. While The CW’s “Arrow,” Fox’s “Gotham” and ABC’s “Marvel’s Agents of S.H.I.E.L.D.” perfectly reflect what comic books are today (all darkness and ultra-violence), “The Flash” winningly reminds us of what they used to be.

“The Walking Dead” (AMC) – Here’s another series adapted from a comic book -- one that has from its first season been one of the highest rated programs on all of television. This year it also became one of the best. A batch of episodes earlier in 2014 (that comprised the end of the show’s fourth season) focused on individual characters and their further development in a way that reset the series and propelled it to a new level of dramatic greatness. And then in October came the first episode of season five, an action-packed and rewarding hour that thrilled the audience and propelled the series through another half-season of non-stop excitement. Melissa McBride has created in Carol Peletier a kick-ass survivor unlike any strong female character I can recall since Buffy Summers. Chandler Riggs, as young Carl Grimes, is also outstanding.

“Downton Abbey” (PBS) – Critics largely abandoned this lavish period drama in its fourth season, put off in part by the rape of gentle Anna and its hushed aftermath, which was true to the times if unacceptable by today’s standards. But as always there was so much else to this series, which continued to engage millions of viewers in a way most shows simply fail to do. I don’t think "Downton Abbey" (pictured below) is getting tired at all; if anything I am more impressed than ever by the dexterity of the storytelling and the ability of series creator Julian Fellowes and his team to continue coming up with fresh drama and compelling new characters that keep the Crawley family and its servants in exciting motion. Maggie Smith as the ever-quotable Dowager Countess remains a one-of-a-kind marvel. I have just binge-watched most of the upcoming season and already I can’t imagine not including it on my list of the best shows of 2015. 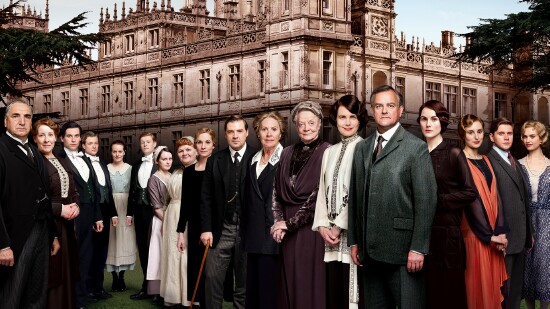 “Fargo” (FX) – In some ways this not-quite-a-continuation of the 1996 movie of the same name was the unlikeliest success story of the year. Quirky characters and dark and twisty storytelling (along with considerable black humor) combined to make this miniseries one of the most engrossing television programs of 2014. The performances by everyone in the cast were extraordinary, especially Billy Bob Thornton as an evil outsider who wreaked havoc in the title locale, Martin Freeman as a non-descript everyman who fascinatingly transitioned from meek to malevolent, Keith Carradine as a former police officer with a grim story in his past now trying to enjoy a quiet retirement and amazing newcomer Allison Tolman as the daughter who is following in his footsteps.

“The Middle” (ABC) – Television’s most under-appreciated family comedy was funnier and more insightful this year than ever before as the Heck family dealt with the ever-increasing financial pressures parents everywhere must face as their children take interest in and head off to college. Meanwhile the Heck house went to pieces when the kitchen sink fell through the floor and mom Frankie lost the dining room furniture. Impressively, the necessary repairs and replacements weren’t made because this typical American family has no money, a plight rarely explored on television these days (notable exceptions being CBS’ “Mom” and “2 Broke Girls”), even though it’s a situation to which almost everyone can relate. Eden Sher continued to shine as big-hearted and befuddled Sue, but Charlie McDermott often stole the show as cocky dimwitted jock Axl, who isn’t finding college all that easy and is secretly somewhat freaked out by his impending adulthood.

The opinions and points of view expressed in this commentary are exclusively the views of the author and do not necessarily represent the views of MediaVillage/MediaBizBloggers management or associated bloggers.