The Future of Audience Measurement: Fine Discrimination and Innovation – Part 1 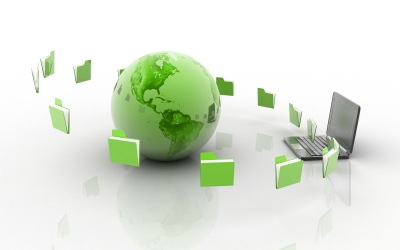 At the Advertising Research Foundation's (ARF's) splendid Audience Measurement Symposium June 11-13, comScore's Josh Chasin interviewed me on this subject in the kickoff session on Monday. Here's an abbreviated version. The big picture: attachment to one's techniques today will only impede a research company, because they all have to change. Josh's question is in italics.

Before we start let me state that I have no business arrangement of any kind with comScore. My remarks are not intended to praise either comScore or Nielsen, nor to criticize them, but simply to lay out the requirements for the future of anyone in any country seeking to measure the cross-platform audience with acceptable precision, reliability, and validity. Not only for passing MRC audits but for operating at the state of the currently achievable art.

Before we talk about the changes that are necessary in the field of audience measurement, let's talk about demand and use cases for the data. How has that demand changed over the last 5-10 years, and how will it change in the next 5 years?

Tech changed the culture, and broke the addiction to the communal tube in prime time while viewing of that prime content increased at other times and places. Networks and everybody else has been demanding that the measurement encompass all viewing but no one has delivered it to the satisfaction of the data users. Symphony Advanced Media came closest but being based on a panel is no longer enough, especially in terms of the more atomized venues such as VOD and SVOD. NBCU's Linda Yaccarino made that clear in an open letter to Nielsen. At least for those parts of the audience, big data is now generally considered the only option.

Nielsen tried to go that big data way using the networks' own data, but did not offer to compensate the networks for their data, and chose the more burdensome SDK method requiring constant software updates on the mobile devices, rather what would have been the more efficient approach of using the server-side data as we would have advised. Since pulling back on that approach in March Nielsen has not announced what the replacement method will be to measure streaming audiences to television. Still, network audiences are being undercounted and continue to seem to decline, although they are just moving over to the unmeasured sphere, so Nielsen will need to do something soon.

Zooming back for a moment, the perspective has changed. It used to be all about opportunities to see (OTS). Now the networks themselves are focused on outcomes beyond OTS all the way up to and including ROI. Everyone has joined CBS' Dave Poltrack in thinking beyond sex and age as the only worthy targets so now the game is advanced targets and outcomes. This has the beneficial effect of converting what had been zero sum game thinking across the table buyer-seller adversaries into collaborating partners in producing the best outcomes for the buyer knowing that in the end this will also benefit the seller. WPP's Irwin Gotlieb had accurately told me years ago "The networks trump preference with price", meaning that if WPP wanted a specific show because it had a 120 index on something, the network would up the price 20% and vitiate the advantage of that show. The new switch on that thinking is perhaps best seen at Turner who has been first to offer whitelisted rotations, in which only over-indexing shows for the buyer are eligible within the rotation, and Turner's Donna Speciale has always been in favor of more program-specific buys and has made it possible for Turner to offer advantageous programs and rotations at low premiums which do not neuter the net remaining advantages to the buyer. These enlightened ideas are now spreading as Open AP with Fox, Turner and Viacom, possibly others, embeds these enlightened approaches in the system being constantly improved by Turner's Larry Allen and others at the Open AP member networks.

In the next five years there will be more use of programmatic but it will holistically include more variables not just targeting, cost, and reach, but also context, recency, and ROI impact weighting. Much larger samples sizes and new methodologies beyond those in use today will be needed to accurately and precisely measure these atomized audiences integrated across addressable and nonaddressable media and audiences.

To be continued in Part 2.