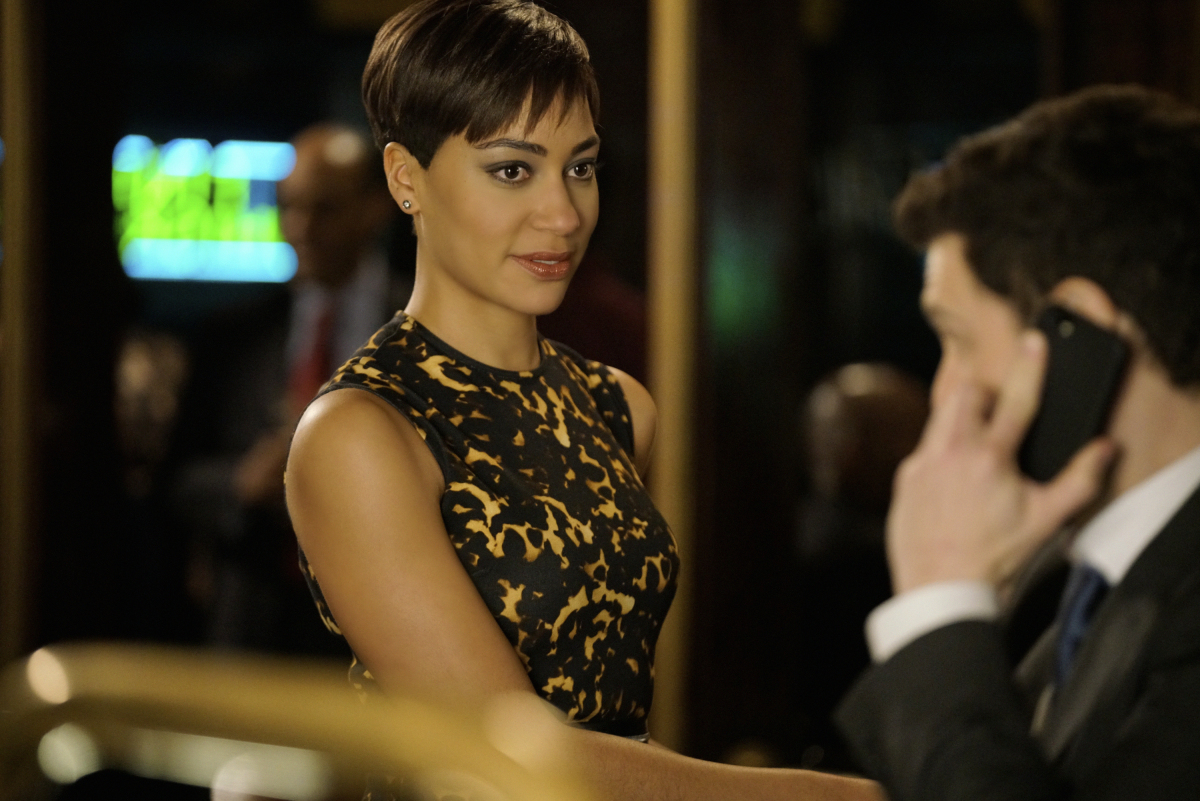 Robert and Michelle King are the creators of CBS’ The Good Wife, the critically acclaimed legal and political drama that aired on CBS for seven seasons and received over 200 nominations for various awards, 30 of which resulted in wins by the cast and show alike. I have never seen it. I have, however, seen CBS All Access’ The Good Fight,the brand new spinoff to the aforementioned success story and, after only two episodes, I’m convinced the Kings have another win on their hands.

The Good Fight opens on Diane Lockhart (Christine Baranski) sitting in a dark room watching the recent inauguration of our current President. Her expression of shock and disbelief is hilariously relatable and, unbeknownst to her, foreshadows feelings she will experience again much sooner than expected. After joyously shopping for million dollar villas (as one does) and announcing her retirement from her legal firm, she finds out that friends of hers have been implicated in a federal Ponzi scheme investigation, causing all of her funds to be frozen due to investments she’d made with them. It seems retirement is no longer on the table.

This being my first foray into the world expertly crafted by Mr. and Mrs. King, I found it to be chock full of colorful characters portrayed by extremely talented actors. Rose Leslie masterfully plays the meek Maia Rindell, a new lawyer who has literally just passed the bar. Things seem rather promising for her, until she becomes the harassment lightning rod for a lot of angry people her father, Henry Rindell (Paul Guilfoyle), is accused of ripping off, Bernie Madoff-style. Leslie pretty effortlessly swings from emotion to emotion, usually utilizing nuanced facial expressions and body movements to get her point across. She often says a great many things without having to actually say very much at all.

The same can be said for Cush Jumbo (pictured at top), the striking British actress who plays Lucca Quinn, a character introduced during the last season of The Good Wife. She’s an associate attorney at a major black-owned legal firm, of which Delroy Lindo’s character Robert Boseman is a partner. Jumbo plays Lucca in a way that says she has a big heart, but she isn’t about to take anyone’s shit. Lucca and Diane have some history together on TGW, but TGF does a good job of not making any prior knowledge a requirement for enjoying these new stories.

The promotional campaign for TGF comes off as appropriately pro-female, and that makes sense. None of the male leads, which at this point seem to be Delroy Lindo and Justin Bartha, are anywhere to be found on the posters, billboards and online ads I’ve seen. The show has even gone so far as to use the tagline “Get Nasty,” which is a not-so-subtle nod to Hillary Clinton’s “Nasty Woman” campaign slogan, that was itself repurposed from an insult she received from our now commander in chief during the presidential campaign. This is fitting with my belief that the underlying theme of the show is indomitable women. Diane, like the other victims of the Rindell Ponzi scheme, loses almost everything, including her clout, right off the bat. This same incident sends Maia’s life spinning out of control as legions of angry victims flood her voicemail with various obscenities and threats of graphic violence. She also loses her new job. Both of these women decide to fight back because, as Diane says, “It’s not over yet.” Add to that Erica Tazel’s Barbara Kolstad (the powerful partner and no-nonsense ying to Robert Boseman’s playful yang) and Sarah Steele’s charismatic Marissa Gold character, and this is a cast full of females who are not to be f**ked with.

The truly impressive thing about this series is how accessible it is. For example, I share almost nothing with most of these characters in terms of wealth, occupation, life experience, etc., and yet, to me, every single one of them comes off as being fundamentally human. They question their decisions. They make mistakes. They feel things. They want more than life has given them, or want to help someone achieve the same. These are mostly good people, and the show focuses on that rather than legal jargon and frivolous love triangles.

There is a substance to this world that draws me in and makes me want to stay. Something as simple as the juxtaposition of exploding gavels and purses set to the sound of swelling orchestral music and choir chants in the show’s opening credits really sets this thing apart from anything I’ve recently come across.