“The Good Fight” Is Far From Over 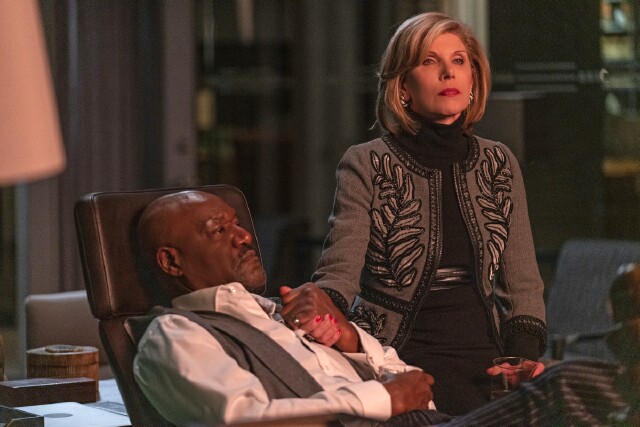 I just completed a long-delayed binge of CBS All Access’ The Good Fight, season three, and even though it has been with us since March, and the time for a rave review has long since passed, I’m here to report that it is one of the boldest, most uncompromising dramas about contemporary issues that I have ever seen.  There have been many over the decades but I cannot recall one that tackled so many urgent topics in so thorough a manner, using well-established characters the audience has been conditioned to care about to examine the good, the bad and the ugly of modern life.  By season’s end even the most ardent fans may never look at any of them the same way again.  The show has done this without ever losing sight of the mission of any good television drama – to entertain even as it informs or provokes.

In its third season The Good Fight plays many new notes, and many that are very familiar, without ever striking one that feels false.  It is a masterful accomplishment that belongs alongside the many mainstream motion pictures that defined the American New Wave of the late ‘60s and ‘70s, when nothing was off limits on the big screen and millions of people turned out to watch.  To put that in TV terms, it is as urgent and of-the-moment as Breaking Bad.

Series creators and executive producers Robert and Michelle King and their talented team never held back when it came to pushing boundaries on their CBS sensation The Good Wife, from which The Good Fight was spun off.  But Wife was constricted by broadcast standards and burdened by the mammoth undertaking of 22-episode season orders.  By comparison, Fight has the twin advantages of largely uncensored content and smaller episode orders that come with the streaming experience.  But they have been steadily outdoing themselves on Fight, not so much with R-rated language and fleeting nudity as with the condensed, no-holds-barred intensity that ten-episode seasons can bring, and the option to tackle topics that might not fly on broadcast.  (It is worth noting that, as with Hulu, the less expensive pricing option for CBS All Access includes commercials that cannot be skipped over.  The content for Fight, and other original series on Access, seems not to be an issue for the advertisers included therein.  Is the ad community finally coming of age?  Might the FCC follow suit?  These are just two of the many questions that will have to be answered as the rise of streaming services continues.)

For those who don’t know, The Good Fight, which stars Christine Baranski, chronicles the ongoing personal and professional successes and failures of formidable attorney Diane Lockhart of The Good Wife.  In both shows she has overseen business at prestige law firms that bear her name: On Wife it was Lockhart/Gardner, on Fight it is Reddick, Bozeman & Lockhart, a largely African American firm at which she was jokingly referred to as a “diversity hire” back in season one. 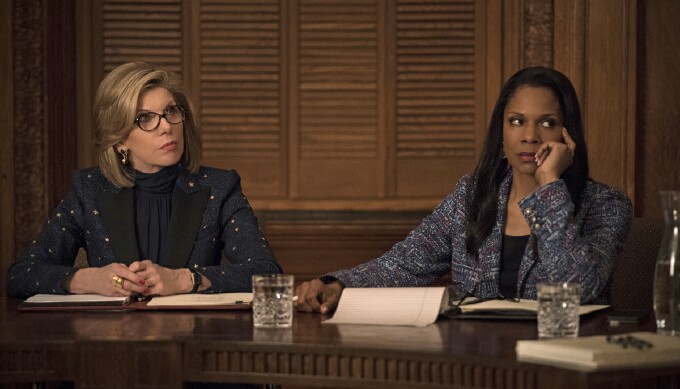 Both series are set in Chicago, so in Fight Diane frequently encounters characters (colleagues, clients, lawyers, etc.) from Wife, adding to the feeling that the sum total of her ten-seasons-and-counting story is a new kind of filmed novelization about a very modern middle-aged woman who doesn’t take any crap from anybody.  (I may be wrong, but I think Baranski is one of the four women working today who have continuously played the same role in broadcast drama for the longest period of time.  Ahead of her are Mariska Hargitay of Law & Order: SVU and Ellen Pompeo and Chandra Wilson of Grey’s Anatomy, though Baranski is the only one to have entered this pantheon by way of two series crossing two mediums, broadcast and streaming.)

Anyway, as I have said in the past the Kings are geniuses.  To their credit they never underestimate the intelligence or awareness of their audience, and being great writers they aren’t afraid to challenge those who appreciate their work.  They certainly did that in Fight’s third season, which explores racism and sexual politics, largely in the workplace but representing so much more … along with the imminent catastrophes of climate change, the dangers of renegade liberalism unchecked, the perils of political correctness run amok, the strengths and weaknesses of the judicial system and, throughout, what it means to be a halfway decent person trying to cope with the weekly atrocities that have defined the Trump presidency.

That’s another thing about The Good Fight – even more than Saturday Night Live, and even in its third year, it refuses to pull back from its full-throttle response to everything Donald Trump has done since taking office.  Has any scripted series ever been so consistent in its repeated condemnation of a sitting president?  Nothing is safe, including his marriage and the infamous “pee tape” (which happens to have ended up locked away in the law offices of Reddick, Bozeman & Lockhart), or his sons’ detestable love of big-game hunting.  (Don Jr. and Eric hire Diane’s husband Kurt to accompany them on hunting expeditions and other pursuits, almost as tough a test of their marriage as Kurt’s affair near the end of The Good Wife.) 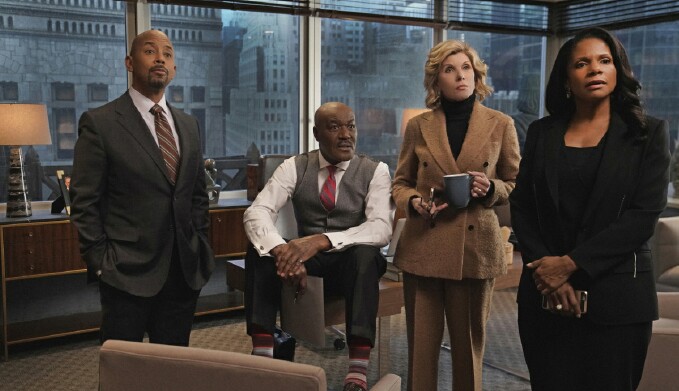 Yes, sometimes it seems that The Good Fight goes a bit too far.  Or does it?  Ball lightning -- which figures prominently in the final episode of season three, titled “The One About the End of the World” -- sounds like the stuff of science-fiction silliness, but it is apparently a thing.  Who knew?

That’s part of the climate change subplot – more of a backdrop – that powers through the entire season.  It rains in Chicago, where the series is set, throughout every episode, except the end of episode nine, when everyone’s secrets come spilling out, along with the sun.  When Diane suddenly walks out of a particularly tense meeting with the firm’s partners in order to catch some rays she says, “All of our problems will be here when I get back.” 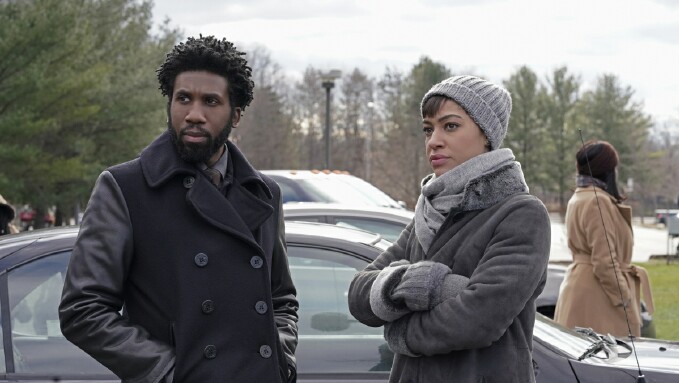 That is especially true of the festering race-related issues that roil threaten to tear apart the firm throughout the season.  Every actor on the show’s first-class canvas -- especially Audra McDonald, Cush Jumbo, Nyambi Nyambi, Delroy Lindo, Michael Boatman and the always brilliant Baranski -- gets to work with the kind of material most actors spend their careers dreaming about.  That’s also true of season-long guest Michael Sheen, whose portrayal of a titanic legal bully had me recalling a favorite joke from Murphy Brown, which had the title character asking an unctuous attorney: “Why did the lion chew on elephant droppings?” Her answer?  “He had just eaten a lawyer and he was trying to get the taste out of his mouth.”

Depending on one’s sensitivities, it can be argued that Sheen delivers one of the most powerful performances of the year or overplays with such explosive gusto that he blows a hole in an otherwise perfectly modulated production.  Regardless, like his character he is impossible to ignore.

The message of the season would seem to be that we must never give up on hope, as Diane says, even in times as hopeless as these.  That may be too much to ask.  (The final moments of the season finale should clarify that statement.)  My late grandmother, a very practical woman, once said that as long as there are two people left on the planet there will be disagreements.  She would have been right at home in the writers’ room at The Good Fight.