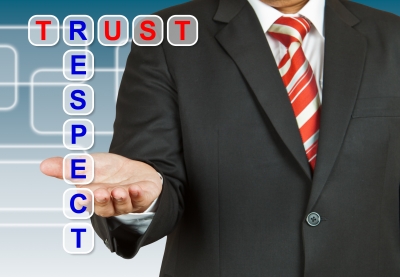 A weird and atypical sense of calm and well-being has descended on the Cog Blog. As an avid reader of the trade press in all its forms I often come across pieces I wish I had written (or indeed even thought of). Last week’s Campaign contained a column from Nick Emery, Global Chief Executive at Mindshare on the importance of politeness and courtesy. Not only did I wish I had written this, for once I actually had already done so exactly a year ago (even if not as elegantly as Nick).

Aside from showing off both my perspicacity, and the fact that clearly the chief honcho at Mindshare is amongst the uncounted legions blissfully unaware of my rantings here, the issue Nick raises is, I feel, important. It also points up another issue -- namely that what CEOs say in the trade press and what the operations they run do in practice are two very different things.

First off, why is Nick correct? The ad business in all its forms has always been driven by personal relationships. The best creative work comes from a seamless flow of information and trust between agency and client. The best media plans stem from an understanding of the art of the possible, for which one needs the collaboration and goodwill of media owners (plus information, trust, etc). Common to these is people.

Even the most rabidly enthusiastic digital disciple recognizes that without people we are all sunk, not to mention unemployed. Algorithms and systems are all very well, but the magic bit comes from people. And people like to be treated courteously and with respect. No one in any walk of life likes to be ignored, or to have people treat them as if their point of view simply counts for nothing. So why do people ignore emails, not answer phones, fail to return calls or cancel meetings at ridiculously short notice?

Oh, “we’re so busy” comes the refrain. Well, a dog chasing its tail is busy, albeit engaged in a pointless and unrewarding activity. We have too many dogs chasing their own tails in this business.

When I’m Secretary of State for Culture, Media and Sport (I’m awaiting the call) I would link all headphones in offices to the phone system in such a way as to blast the person wearing them with white noise that increases the more their phone rings. I would also stop paying individuals’ salaries once their inbox tipped over 100 unread entries.

A while back I went to see an agency. I was asked to do so by the client who had found the time to see me and who liked whatever idea I was flogging at the time. We made an appointment with the person we were asked to go to see, who replied very promptly, copying the client and setting a date. Yes, she would be delighted to see us, and yes she would involve both her team and her colleagues. Yes, she would book a room and lay on monitors (we had a video), speakers and the rest.

When the three of us showed up with all our kit we were kept waiting about half an hour. When the host showed up it turned out she hadn’t invited anyone and hadn’t booked anything. We met her in a café, which was very noisy and hardly conducive to showing a film. She started the meeting by telling us all about her forthcoming holiday. Then, 10 minutes after we had finally started our bit a secretary showed up (in a painfully obvious choreographed moment) to say the host had to take a call. So we had to go. We found our own way out.

As one of my colleagues (a guy who has started more successful businesses than he cares to remember, and who has the grey hair and gravitas to prove it) said, “I simply don’t understand how people behave in your business.”

The agency of course was Mindshare. No doubt after Nick's piece this wouldn't happen today.