The Instant Media Phenomenon That is Caitlyn Jenner 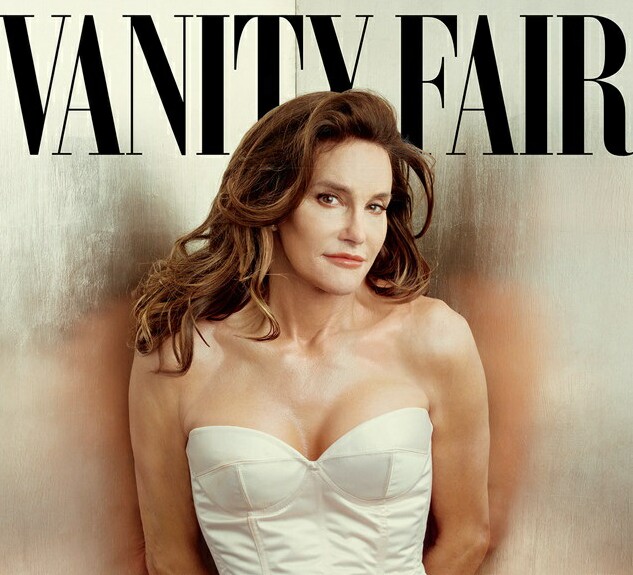 The biggest media event of the year to date is the arrival of Caitlyn Jenner as an immediate multi-platform superstar.

The Vanity Fair cover! Her upcoming appearance on the ESPYs! Her soon to debut observational reality series “I Am Cait” on E! Her record-breaking Twitter launch! Prime real estate in hundreds of newspapers, magazines and Web sites! And so much more to come!

In many ways this is cause for celebration. Caitlyn has been warmly welcomed by and is on the receiving end of much love and support by millions. Condemnations by "haters" -- the likes of which were everywhere when transgender trailblazers Christine Jorgensen, Renee Richards and Chaz Bono, among others, went public – have been largely suppressed or rendered irrelevant.

This is a historic time for the transgender community -- and for transgender TV. Caitlyn's story has fueled renewed interest in E!'s aging "Keeping Up with the Karadashians" and generated strong ratings for repeat viewings of the network's documentary special "About Bruce." Netflix's hugely successful drama "Orange is the New Black" has made a star of transgender actress Laverne Cox. The groundbreaking Amazon series “Transparent” continues to be honored, most recently with Critics Choice Television Awards for stars Jeffrey Tambor and Bradley Whitford. (I was seated at the table next to theirs at the awards, and I can report that, while the entire event was very much a festive celebration of the best of television, the response to all things “Transparent” from guests in the International Ballroom at the Beverly Hilton was especially joyous.) And over at CBS’ “The Bold and the Beautiful,” the love story of Rick and Maya – he the swaggering, womanizing top executive at the high-end fashion company around which most storylines revolve, she the lovely transgender model who captured Rick’s heart before revealing the details of her past – continues to inform, enlighten and entertain. Rick, for years a romantic cad and a veteran of many failed relationships, surprisingly responded to Maya’s revelation by admitting that he, too, had not been fully open and honest in his adult life about deeply personal matters -- and by further committing himself to her.

Regarding the story of Bruce Jenner and Caitlyn Jenner, I think it is perfectly natural for the response at large to be mixed, and I am troubled by the fact that Caitlyn’s supporters are acting so judgmental toward people who are having difficulty accepting it or simply misspeaking when reacting to it. People who need time to process her story, or are simply full of questions of their own, are being made by the media (social and otherwise) to feel like outcasts themselves. I have heard it said more than once in recent days that people are afraid to speak their minds about Caitlyn for fear of the response. These people aren’t necessarily “haters.” They are simply responding to something about which they have little understanding. Making them feel inferior – asserting that their opinions and questions are without value – is not a good thing. This is a teachable time for us all.

Indeed, I’m a bit on edge while writing this story after receiving the well-intentioned e-mail earlier this week from GLAAD with very lengthy and detailed guidelines and instructions on what terms to use and not use and what to say and not say when writing about Bruce and Caitlyn. I’m concerned that I am going to say something unforgivable without meaning to do so and that I will be condemned for it, not necessarily by GLAAD but by social media reactionaries. So understand that I fully support the transgender community even if I have yet to confidently master the correct terminology I have been told to adhere to when discussing any aspect of it.

Getting back to the heart of the matter, the idea of anyone condemning what Bruce did and/or what Caitlyn is doing is absolutely disgraceful. But everyone is different, and everyone should be given the opportunity to process something like this at their own pace. (That doesn’t give them the right to be hateful; only to comfortably express their concerns and confusion in a civilized manner.) It’s as if the media (again, social and otherwise) expects everybody everywhere – including people who likely gave transgender individuals little thought until very recently -- to flip a switch and be good to go. Many of us can indeed flip that switch. But we all need to remember that we are not all the same, and it would be wise to allow everyone whatever time is necessary to understand it all without feeling pressured.

One aspect of this story that troubles me is the message that we are all supposed to marginalize or forget about Bruce and focus exclusively on Caitlyn. Should we pretend Bruce never existed? He was a source of great inspiration and a role model to millions of people, at least in the Seventies, and he has been a popular media personality for decades, mostly by his own design.

In the E! documentary “About Bruce,” filmed before anyone had met Caitlyn, including Bruce’s family (and which I watched after Caitlyn was introduced to the world on the cover of Vanity Fair), we learned that the person having the most trouble with all of this was Bruce’s wife Kris. Believe me, I do not lie awake nights worrying about the well-being of any of the Kardashians, but I felt bad for her after Bruce sat her down to fully discuss the changes he was making in his life. Although he was emotional, he didn’t seem especially sympathetic to the fact that Kris was finding it difficult to process what was happening and to evaluate what his openness revealed about their long, seemingly happy and very public marriage.

When Bruce admitted, “For the first time in my life I’m trying to tell the truth,” he added, “You’re the toughest one to talk to.”

“Maybe because I’m the one you lied to the longest,” Kris replied, unable to hide how much she was hurting.

“Your truth isn’t always the truth,” she later said. When the conversation ended, Bruce left the room in a cheerful, upbeat way, while Kris remained at the kitchen table, sobbing and plainly heartbroken.

Look, I don’t know if the content of Kardashian programming on E! is real or not. This form of observational reality -- so ubiquitous on E!, Bravo, A&E and elsewhere -- is certainly suspect, and many of us have heard stories from the inside about how “fake” so much of it is. But if that sequence between Kris and Bruce wasn’t totally authentic – and I’ll admit that I believe it was -- then I think whoever fabricated it deserves special praise, while Kris ought to be nominated for some kind of acting award.

When Kris quietly said, “I miss Bruce,” I couldn’t help but think that many other people are going to miss him, too. Those people may not be among his family or friends, but they have supported him since his legendary triumph at the 1976 Summer Olympic Games and through many of his undertakings since that time. They have also helped to make him quite wealthy along the way. Surely everyone should support Caitlyn and everything that she represents. But is it right to ignore or push aside the passing of a man (if that’s what this is) who meant so much for so many of us?

GLAAD's helpful guidelines aside, there is no universal guidebook for this. History is being made, and it is important to be on the right side of it. People need to support each other in every facet of this experience.

As Jenner’s stepdaughter Khloe confessed in “About Bruce,” “I have to transition myself.” It may have been the wisest and most telling comment ever heard on any of the Kardashian programs.