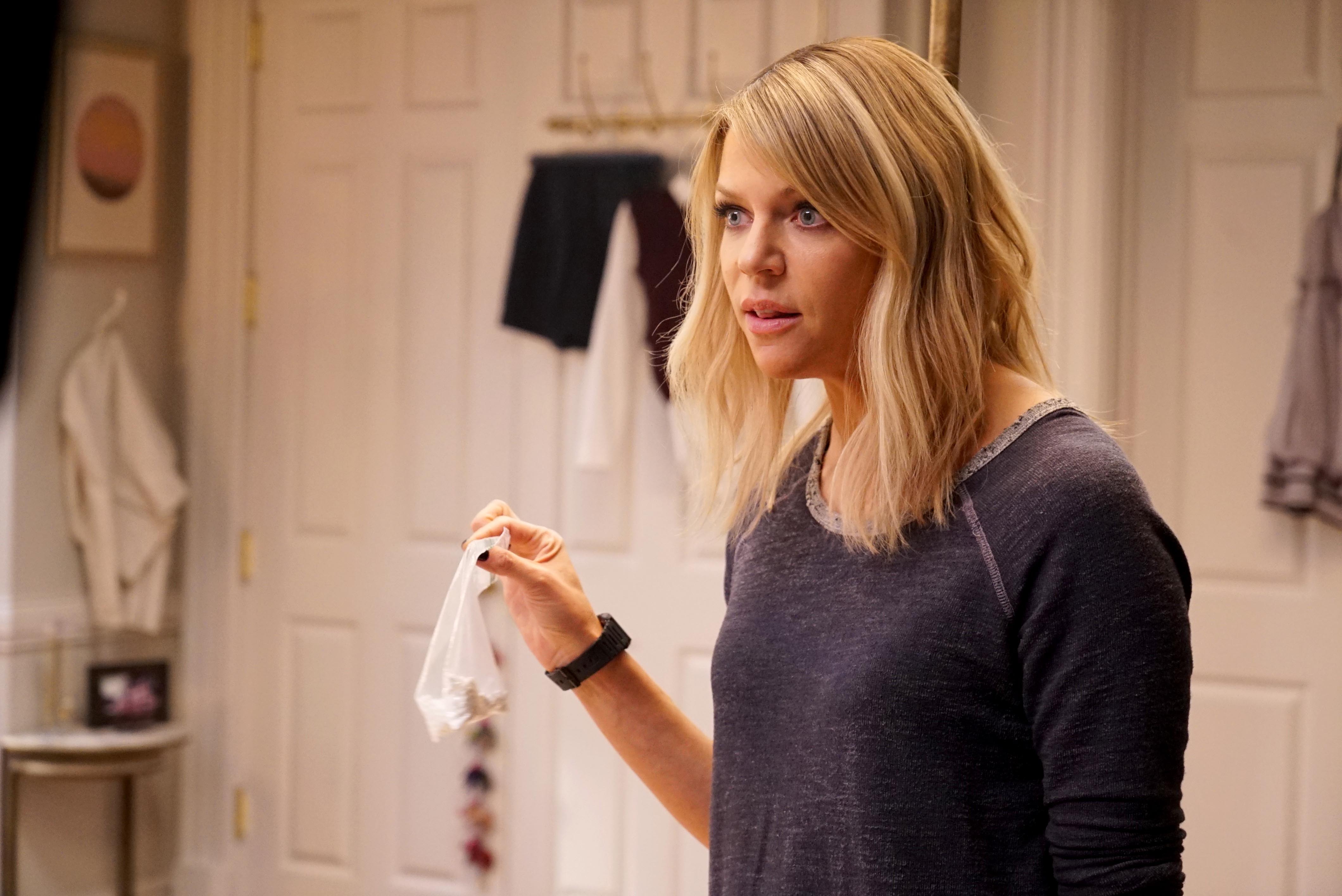 Have you ever watched FX's It’s Always Sunny in Philadelphia and thought, “Wouldn’t it be wonderful if I could somehow enjoy this unapologetic and irreverent adult comedy with my family? Perhaps with my mother?” If so, consider Fox's The Mick starring Kaitlin Olson (pictured at top), or as Sunny fans have come to know her since 2005, Sweet Dee. It will debut on January 1 -- right before the fall finale of broadcast's best sitcom, Brooklyn Nine-Nine -- making it the first new comedy of the New Year.

The Mick is about a loveable lowlife named Mackenzie “Mick” Murphy who ends up having to raise her wealthy sister’s spoiled-ass kids after she and her husband are accused of tax evasion and have to flee the country (and the law). The pilot establishes Olson’s character as something of a modern-day version of the classic rebel, like a stereotypical slacker in the Nineties who just decided to own it all the way into her late thirties.

Micky (as she’s sometimes called) is wild in a fun way, as if all of her experience conning and getting over have given her a unique point of view as well as some very helpful “life skills.”  Although she does have a few things in common with Sweet Dee, she’s different in a very specific way -- she’s a good person. In Sunny, Dee (like the rest of the gang) is straight-up toxic. That funky variation on the group-of-friends-who-work-together trope was, and still is, that show’s defining characteristic -- and its rude charm.  Instead of the characters slowly learning from their mistakes and improving as adult individuals, they learn nothing at all and, more often than not, become even shittier people.

The Mick, however, centers on a leading lady with a heart. That heart is buried under the crust of a perpetual three-day bender, but it’s there.

The kids in this show -- Sabrina, Chip and Ben (Sofia Black-D’Elia, Thomas Barbusca and Jack Stanton, respectively) -- do a very good job of pissing everyone off right at the start. They remind me of the mother in Mrs. Doubtfire in that they’re not necessarily bad, but they still give me every reason to root for the other guy. In my opinion they absolutely need a good old-fashioned butt-whoppin,’ though. They have some serious issues with authority that they express in ways that, well, let’s just say I wouldn’t have been able to get away with when I was their age.

It is fun watching Micky outsmart her bitchy older sister, or seeing her “guy” Jimmy (Scott MacArthur) give his brand of fatherly advice to the severely misguided, bratty middle-child, but the icing on the cake is the youngest boy, Ben. He still has the innocence of youth, and as it happens that makes him the source of some the cutest grown-up/little-kid exchanges I’ve ever seen.

A handful of sub characters are also introduced during the pilot, the most notable being Alba (Carla Jimenez), the family’s in-house hired help; Liz, the snooty/nosey neighbor, and an unnamed community security guard who has it out for Mackenzie. The latter two provide a couple of decent opportunities for quick laughs, but Alba is the stand out of the bunch.  Her primary purpose seems to be playing second fiddle to Mick whenever she’s in need of a partner-in-crime. (Pictured below, left to right: Olson, Jimenez, Black-De'Elia, Barbusca and Stanton). 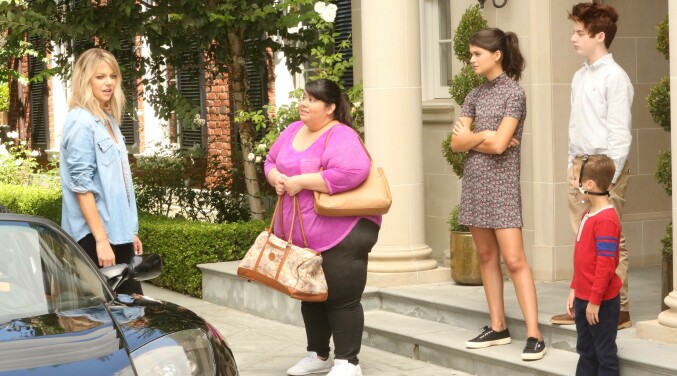 Now, it’s obvious that these days everyone and everything has got a group of whistle-blowers (especially since the Internet has given every person with an opinion a digital soapbox from which they may chastise the world), and one could say I have legitimate cause to be offended by Jimenez' portrayal of the stereotypical Latina housemaid, but to that I say quite sincerely that it is not that serious. The Mick was not built to be over-thought; its actually hella enjoyable. Besides, as a current Connecticut resident, I can personally verify that an upper middle class family employing Latino help is pretty commonplace in wealthy households, regardless of the opinion one may have of that scenario.

The premise of The Mick resembles that of a raunchy feature-length comedy, like The Boss or Bad Teacher, but in the sitcom format that puts it in a weird space. In a movie there are approximately 90 minutes in which to work out all the questions the plot raises, watch the main characters follow their arcs and see most if not all of their problems resolved.  The time constraint provides a deadline for important decisions to be made.  What jokes work the best? How relevant is this scene to the character’s progression?

But as a TV show, a story of this kind runs the risk of being on longer then it necessarily takes for certain questions to be answered. In The Mick those questions are obvious (or not so obvious, depending on who you are). For instance, when does the government step in and ask real questions about whether Micky’s fit to raise these kids? Her actions during the pilot alone are solid enough ground for the state to intervene. How long before the family bank accounts dry up, seeing as the family breadwinners have now fled the country?  Their assets are almost certainly under federal investigation, and they’re still swiping their black cards like the bills are never coming?

Finally, I imagine Micky will have won the kids over, at least for the most part, by season’s end, but how exciting will the show be when the main conflict is gone?  Don’t get me wrong, I love The Mick so far. To me, it feels like a TV family comedy that’s been possessed by the soul of an irreverent feature-length comedy and I’m curious to see how this one ends. Regardless of whether all my questions get answered or not, the ride is definitely going to be a fun one, with or without the wine.