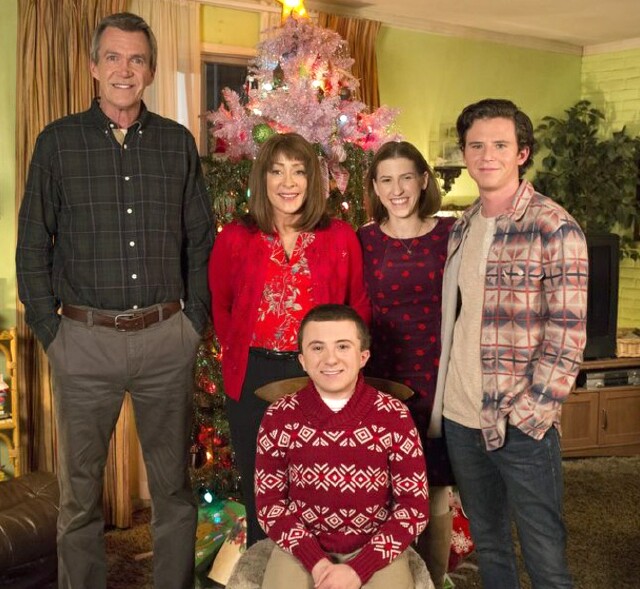 This is the last season for ABC's The Middle, the most underappreciated family comedy on television and one that, through its nine seasons, has dared to explore material most showrunners in Hollywood would prefer to not think about -- the challenges of everyday life as it is experienced by a modern American family that happens to be working class and whose house would never be featured in Better Homes Than Yours magazine.

The Hecks (mom Frankie, dad Mike, oldest son Axl, daughter Sue and youngest son Brick) don't have fancy furnishings, nice clothes, a reliable car or the peace of mind that comes with simply being able to pay their bills every month.  But their foibles are unfailingly funny without ever being condescending.  Credit the creators and the showrunners who have been with the show year after year and have carried forward not only the subtly shifting personality traits of the characters as they have grown or otherwise changed but also the smallest physical details of their lives, like their partially pink Christmas tree from several seasons ago that has been part of the fabric of the show ever since (along with the hole in the wall separating the kids' bedrooms, the malfunctioning kitchen sink and much more). 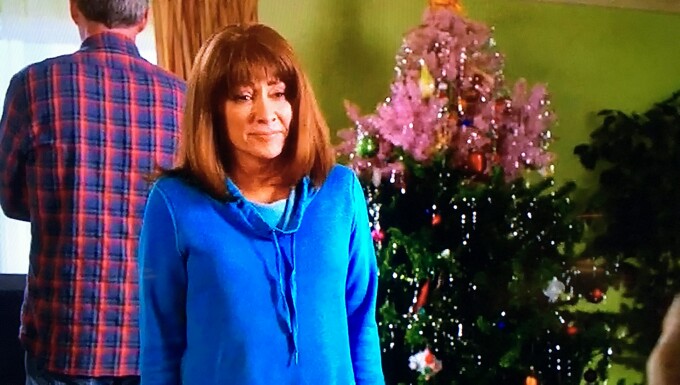 So many family comedies and dramas today feel so unreal because the characters in them seem to be enjoying everything money can buy, even if they aren't wealthy, and oblivious to the fact that a bulging bank account or fat stock portfolio makes every bad thing in life easier to deal with.  The Middle is the first comedy about a family burdened by realistic economic woes to survive and thrive on American television since Roseanne.  How interesting is it that the latter is returning to ABC just as the former is preparing to take its final bow?  And how telling is it that the Academy of Television Arts and Sciences has never seen fit to honor The Middle or any member of its sublime cast with an Emmy nomination? 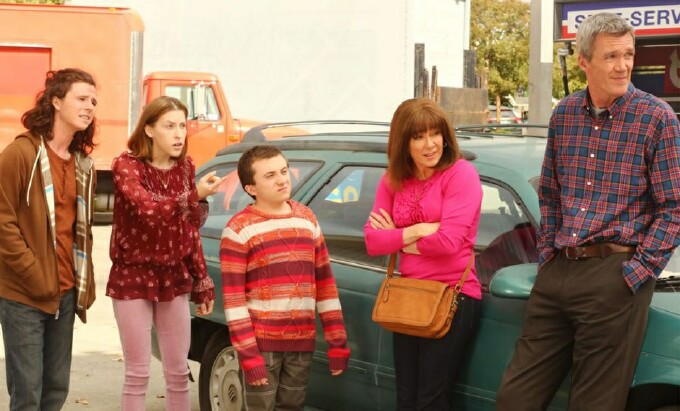 So here's one last shout out to (pictured above, left to right) Charlie McDermott, Eden Sher, Atticus Shaffer, Patricia Heaton and Neil Flynn for making the Hecks so welcome in my home during the last nine years ... and for doing so in such a way that they never wore out their welcome.  (Thanks, also, to the show's very smart and insightful writers.)  The cavalcade of nostalgic clips from Thanksgiving episodes in previous seasons (always a big deal on this show) that closed this year's Turkey Day delight was a moving reminder of how much fun The Middle has been and how much it will be missed.