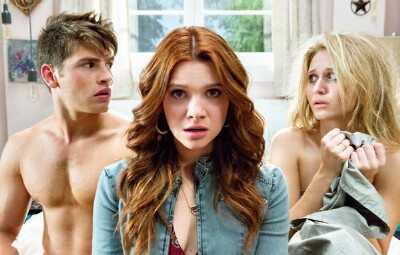 Like many other people, I’m not quite sure what to make of MTV these days. It seems not to be very much about music or music videos, except in late August during the run up to its annual Video Music Awards, when it largely reverts to its “old” self. The energy it subsequently generates, however briefly, is wonderfully nostalgic for those of us who are old enough to remember the network’s extraordinary early years, circa 1981-1990-something.

In that immediate pre-Internet era it was the most exciting thing in and on television and, for that matter, among all media. In hindsight, one cannot overlook its impact on advertising, either. MTV changed everything.

Those days are long gone, and to give credit where it’s due, MTV has been honest about it, having several years ago officially deleted the word “music” from its name. I have no idea what the “M” now means, if anything. Maybe it’s “Millennial,” at least while that generation occupies the demo MTV has always targeted.

If that’s the case, it begs the question, “What do Millennials want to watch?” It certainly isn’t music videos – at least not on television. Accordingly, MTV has loaded its schedule with all kinds of reality fare designed to appeal to the young and the young at heart, some of it quite compelling (“Catfish”), some of it mindless (“Ridiculousness,” “Guy Code,” “Girl Code”), much of it very depressing (“Teen Mom,” “16 and Pregnant”).

As puzzled as I admit to being these days about the definition of MTV's brand and the extent of its influence over anything, I am impressed as hell by the current state of its scripted programming. It has an unqualified hit in the thriller “Teen Wolf,” which over the course of its four seasons has made stars of its young, relatively inexperienced cast, members of which more than hold their own amid the epic fandemonium at the San Diego Comic-Con. The storylines during its third and recently completed fourth season were often muddled and unfocused, but the sheer appeal of Tyler Posey as the title creature and Dylan O’Brien as his best pal Stiles (arguably the coolest character on any current television series) more than compensated.

“Teen Wolf” is between seasons right now (as is MTV’s other drama, the far more serious “Finding Carter”). But three other very impressive scripted series have just started up in a Tuesday night block that goes a long way toward defining the network as the must-see destination for teen entertainment. The three shows, all comedies, are the long-running “Awkward” (which just began the second half of its fourth season), sophomore “Faking It” and the brand-new “Happyland.” 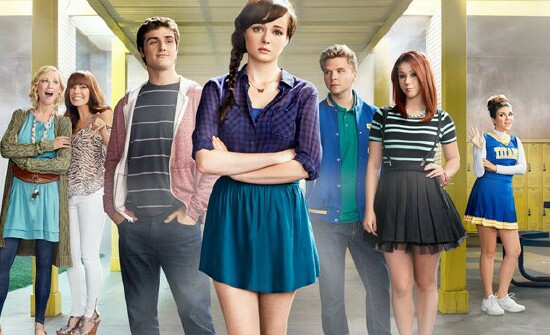 Of the three, “Awkward” (pictured above) is the most successful and the one I am the least interested in, perhaps because it is so unrelenting in its presentation of what Hollywood thinks teenagers are today that too much exposure to it should repel anyone over thirty. Almost every line of dialogue has to be clever in ways that feel completely unreal. It is not without its entertaining moments (and star Ashley Rickards is always captivating), but overall there is something very cold and weird about it. I don’t think I’ll ever really like it, but I can certainly acknowledge it as a quality show that is simply not to my taste.

I think the delightful “Faking It,” on the other hand, is one of the most consistently charming and enjoyable comedies on television today. It takes all of one episode to fall under the spell of the appealing teens on its canvas and the crazy situations they put themselves in, much of them spinning out from the two girls at the center of it all who decided at the start of the series to present themselves as a gay couple in order to increase their popularity at school. Their ruse worked, but the ramifications (unexpected and otherwise) keep coming at a fast and furious pace – as do the mounting complications, some of them very funny, others very touching. This is one of those rare shows that strengthens its emotional connection with viewers with every new episode. It also packs powerful messages about honesty and acceptance into its narrative, but they are always very gently delivered. Also, it’s very smart and funny.

It’s way too early to make a final call on “Happyland,” the third show in this very impressive group. “Happyland” is almost gentle and edge-free in its telling of the story of a working class girl from an “economically challenged” background and her mother, both of whom work at the amusement park of the title, and both of whom have personal connections to the family that owns it. Such restraint may be the kiss of death for a show on MTV, but perhaps the network’s easily distracted young audience will surprise us. For what it’s worth, a slightly older audience might find much to enjoy about this sweet show, as well.

“Awkward,” “Faking It” and “Happyland” don’t represent the MTV that I knew and loved for so many years, but they certainly feel like something new and exciting, the likes of which cannot currently be found anywhere else on television. They are making MTV something special again, at least where the youth market is concerned. I hope they do well enough to keep MTV on this path for years to come. Meantime, now that it is ramping up its scripted shows, might the network consider a remake of “Dead at 21”?

Ed Martin is the Editor of MediaBizBloggers and the television and video critic for MyersBizNet. He